Brazil is willing to welcome persecuted Catholic religious in Nicaragua 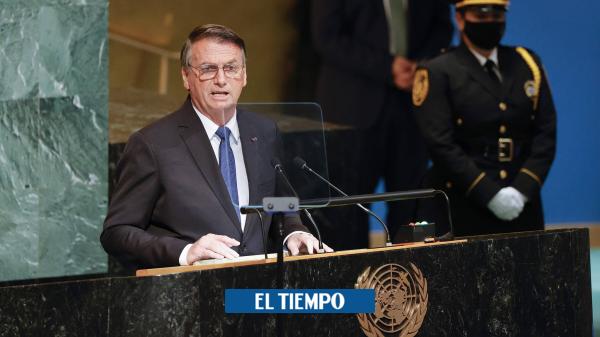 Brazilian President Jair Bolsonaro offered this Tuesday at the UN General Assembly to “open its doors” to religious Catholics who “suffer persecution” by the “dictatorial” regime of Nicaraguan Daniel Ortega.

(Also read: The UN General Assembly opens in a world plagued by crises)

“Brazil opens its doors to welcome Catholic parents and nuns who have suffered persecution from the dictatorial regime in Nicaragua,” said the president at the UN tribune, in a speech with electoral overtones in which he outlined the achievements of his government and in which declared himself an “unconditional defender” of freedom of expression and religious law in his country.

His government, he said, “has worked to bring the right to freedom of religion to the center of the international human rights agenda,” an “essential” guarantee that “everyone has the right to profess and practice their religious orientation without discrimination.”

See also  Judge rules again: the Netherlands does not have to evacuate Afghans faster

Brazil, which is traditionally the first to speak at the opening of the General Assembly that began this Tuesday in New York, “repudiates religious persecution anywhere in the world”.

(Also read: Colombians: the exodus to the US continues)

He also called for “an immediate ceasefire” in Ukraine and advocated that “dialogue channels” be maintained to resolve a conflict that has lasted 7 months and whose impact “places us all against the goals of sustainable development.”

After calling for a reform of the UN system, Bolsonaro said that “80% of the Amazon remains untouched” despite international press reports to the contrary.

A few weeks before the October 2 elections, Bolsonaro, who is playing for re-election against the leader of the left, former president Luiz Lula da Silva, stressed that Brazil has received more than 350,000 Venezuelans who “flee violence and hunger ” as well as Haitians, Syrians, Afghans and Ukrainians.

– Spain: man changes gender so as not to be accused of sexist violence

– UK commits to maintain military aid to Ukraine in 2023

– American visa: how to check if it was approved by the United States?