Brazil is one of the most detested countries in the world, says Paulo Coelho 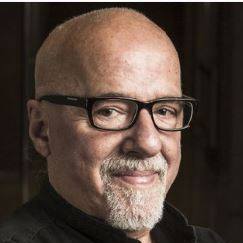 Writer Paulo Coelho, 73, said that “the country is disintegrating before our eyes”.

“There isn’t a person I talk to these days who doesn’t know who the president of Brazil is. Today, Brazil is one of the most detested countries in the world, however much we say things to defend. Bolsonaro is the folk figure of the moment”, said.

Paulo Coelho, who lives in Geneva, Switzerland, where he has lived for almost 15 years, also criticized the Bolsonaro government’s conduct in combating the covid-19 pandemic.

“It couldn’t be worse. And it’s not just me who sees this, it’s the whole world. These are the two postcards of Brazil today: the fires and the way the country managed the pandemic. Everyone thinks this is barbaric. And will try to explain to them… ‘Ah, but you elected Bolsonaro’. I didn’t choose him!”