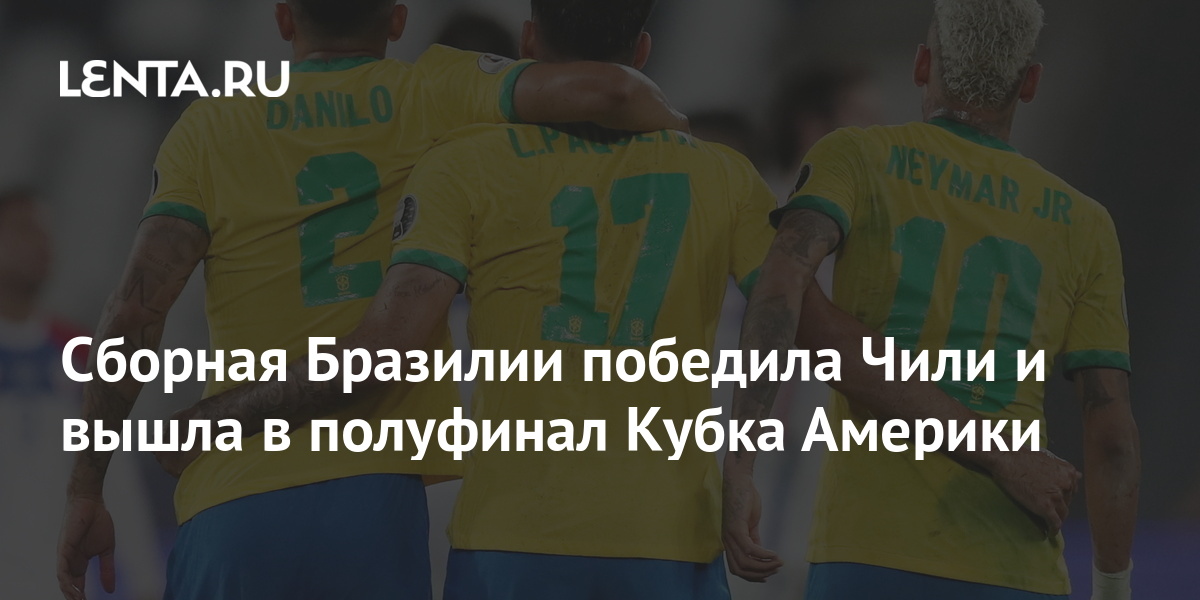 The Brazilian national football team defeated Chile in the quarter-finals match of their home America’s Cup. The correspondent of “Lenta.ru” informs about it.

The meeting took place on Saturday, July 3, in Rio de Janeiro and ended with a score of 1: 0 in favor of the hosts. Among the winners, the only goal was scored by Lucas Paketa in the 46th minute. Two minutes later, the Brazilians were in the minority. Gabriel Jesus received a red card.

In the America’s Cup semi-finals, the five-time world champions will play against Peru. The meeting will also take place in Rio de Janeiro on 5 July.

Brazil is the current winner of the tournament, with a total of nine Copa America winners. The most titled national team is Uruguay, having won the trophy 15 times.