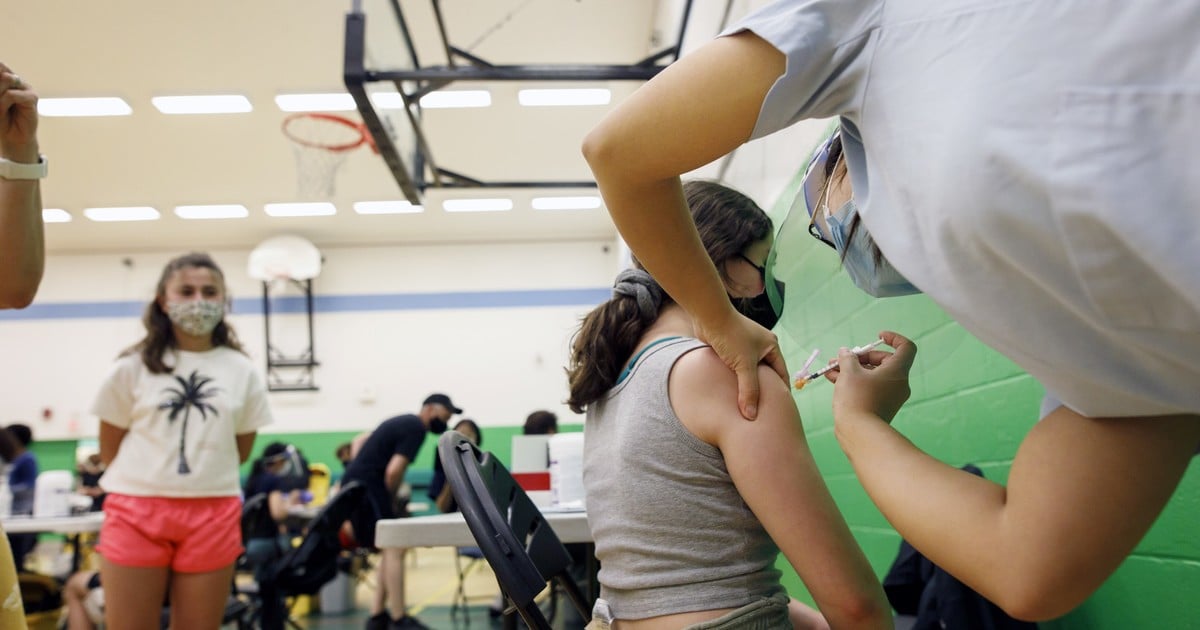 The National Health Surveillance Agency of Brazil (Anvisa) authorized this Friday the administration of the vaccine against covid-19 from Pfizer / BioNTech for teenagers from 12 years.

Before this decision, the drug could only be applied to people 16 years of age or older in the country, one of the hardest hit by the coronavirus pandemic, with 482,000 deaths and 17.2 million confirmed cases.

Anvisa explained in a note that it expanded the age range of the German-American vaccine after analyzing a series of studies submitted by the manufacturers that “indicated the safety and efficacy” of the formula “for this” population group.

“The studies were developed outside of Brazil and evaluated by Anvisa,” added the country’s highest health authority.

Until now, Pfizer’s is the only vaccine authorized in Brazil for use in children under 18 years of age and it was the first to receive the definitive registration in the country.

The Chinese-produced Sinovac and AstraZeneca / Oxford vaccines are also applied in Brazil, and a batch of the formula from Janssen, a Johnson & Johnson subsidiary, is scheduled to arrive this month.

The vaccination campaign against covid-19 began in Brazil on January 17 and since then it has faced difficulties due to the shortage of immunizers and the high global demand.

To date, approximately a quarter of the population has received the first puncture, but only 11% the full regimen with the two doses.

Despite the slowness, Brazil is one of the few countries with the capacity to produce vaccines in the national territory.

In this sense, after reaching agreements with its manufacturers, the Butantan Institute of Sao Paulo produces the Sinovac formula, while the Oswaldo Cruz Foundation (Fiocruz) produces the AstraZeneca / Oxford drug locally.