Brazil already has the highest death rate from Covid in America, in proportion to the population 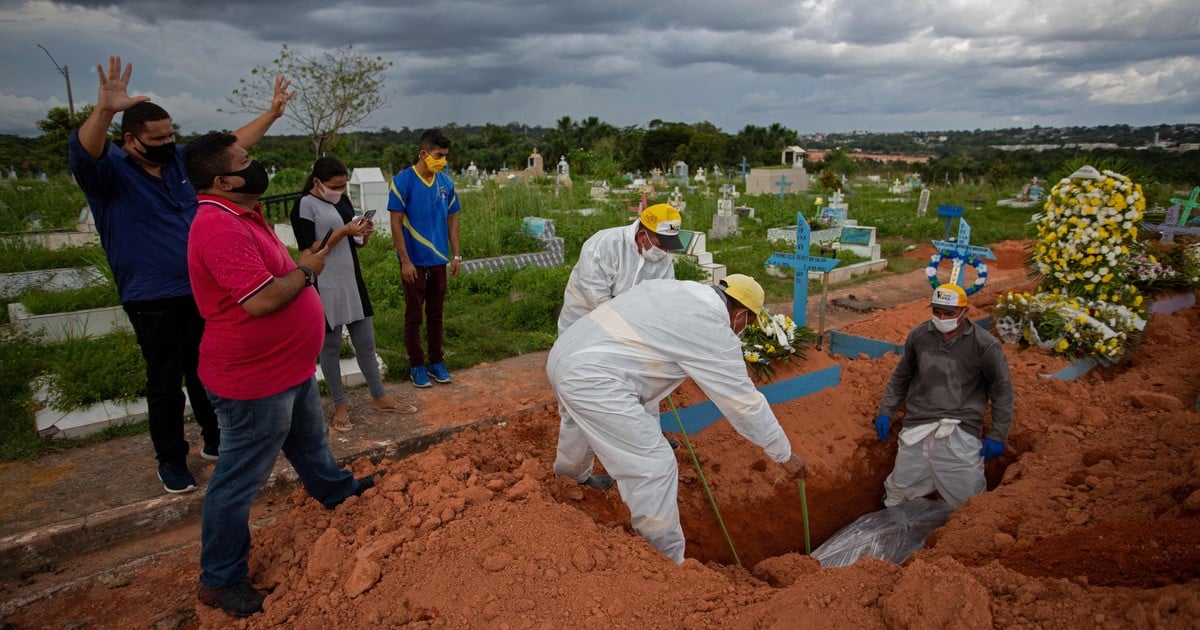 Brazil often argues that its high number of deaths from coronavirus is due to its large number of inhabitants. But the second wave of the pandemic has already made it the country with the highest mortality rate in relation to its population in the entire American continent and in the Southern Hemisphere.

The United States is the country with the most deaths from coronavirus in the world (almost 568,000), followed by Brazil (with about 375,000).

The death rate of the South American country, of 212 million inhabitants, could also exceed in less than a month that of the United Kingdom (187 / 100,000) and Italy (194) and be only behind Belgium and a handful of countries from central and eastern Europe, according to projections by demographer José Eustáquio Alves.

“Brazil broke all its death records (from coronavirus) in March and April and took a leap in the world ranking,” the consultant, a retired professor at the Brazilian Institute of Geography and Statistics (IBGE), told AFP on Tuesday.

A doctor and a patient with Covid-19 at a hospital in the Amazon region, in the state of Pará, in Brazil. Photo: AFP

The South American giant “now has the highest death rate in the American continent and in the entire Southern Hemisphere,” he added.

In terms of infections, Brazil is in third place in absolute numbers, with nearly 14 million infections, behind the United States and India.

In the past week, the curve appears to have “stabilized on a high plateau,” below 3,000 deaths a day, Alves said.

But “there could be a new wave due to the arrival of winter” and “the relaxation of social isolation measures by governors and mayors,” he warned.

Many countries, in the region and in Europe, closed their borders to Brazilian travelers, due to a local variant of the virus, called P1, considered much more contagious.

“They are countries with a cold climate and a fairly old demographic structure, more vulnerable,” contrary to Brazil, where the population over 65 represents less than 10% of the total, Alves observed.

A recent study showed that more than half of Brazilians admitted to intensive care units in March were under 40 years old, compared to 14.6% in the first wave of the pandemic, a year ago.

To these factors is added a slow vaccination: less than 13% of Brazilians received the first dose and 5% the second.

A hospital set up in a sports center, in Santo André, Brazil. Photo: DPA

The supreme court of Brazil last week ordered the Senate to install a parliamentary commission of inquiry (CPI) on the causes of the health disaster.

That ICC will begin its tasks next week, with its sights set on the policy of President Jair Bolsonaro, who denied the seriousness of the pandemic, promoted crowds without wearing chinstraps, questioned the efficacy of vaccines and opposed social isolation measures. citing its negative economic impact.

“The ICC is going to be very important because it will investigate the errors,” without which “the death rate could have been greatly reduced,” Alves said.

Football Bayern Munich confirmed what was expected: “Our members and supporters reject the Super League”