Brazil: A student shot three of his classmates at a school 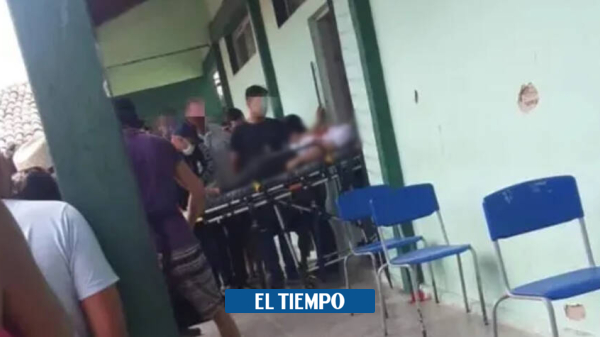 An armed student fired on three of his classmates on Wednesday, leaving one of them seriously injured, at a school in Sobral, in the northeast of the country, official sources reported.

The three wounded youths, one of them shot in the head, were rescued and taken to the Santa Casa hospital in Sobral, a municipality in the state of Ceará, a spokesperson for the Ceará Security Secretariat told Efe.

(Also: Brazil: former president Lula da Silva is accused of having ‘a pact with the devil’)

The 15-year-old teenager suspected of committing the attempted murder was arrestedaccording to a statement released by the same agency.

According to the source, the young man was carrying a firearm registered in the name of another person, registered with a permit for hunters, sports shooters and collectors.

After capture, The young man was questioned and stated that “he had premeditated the act because he felt he was being harassed” by the victims.who were his classmates at the Professora Carmosina Ferreira Gomes school, where the events occurred, according to the statement.

Last September, in the state of Bahia, also in the northeast of the country, a 14-year-old boy armed with a revolver and two knives invaded another public school, which he had stopped attending, and killed a disabled student.

(Keep reading: Lula da Silva: the strategy he will use to succeed in the second round)

The teenager was shot by a third person when he tried to flee and has been hospitalized since last month in a hospital in the municipality of Barreiras under police custody.

In 2019, two former students entered a school in the city of Suzano, about 60 kilometers from Sao Paulokilled five students and two workers, and left a dozen wounded, before both took their own lives.

The worst tragedy that occurred in a Brazilian school occurred in 2011, when twelve students from a school in Realengo, a humble neighborhood on the outskirts of Rio de Janeiro, were shot by a 24-year-old man, who committed suicide when he was intercepted by the Police. .

– United Kingdom: the disaster that Queen Elizabeth did not see

– Videos: This is how the alarm system sounds in Japan due to missile threat

– Crisis in the Danish monarchy: the queen took the royal titles from her grandchildren