Braithwaite: “I spent time in a wheelchair, I was ashamed to be different” 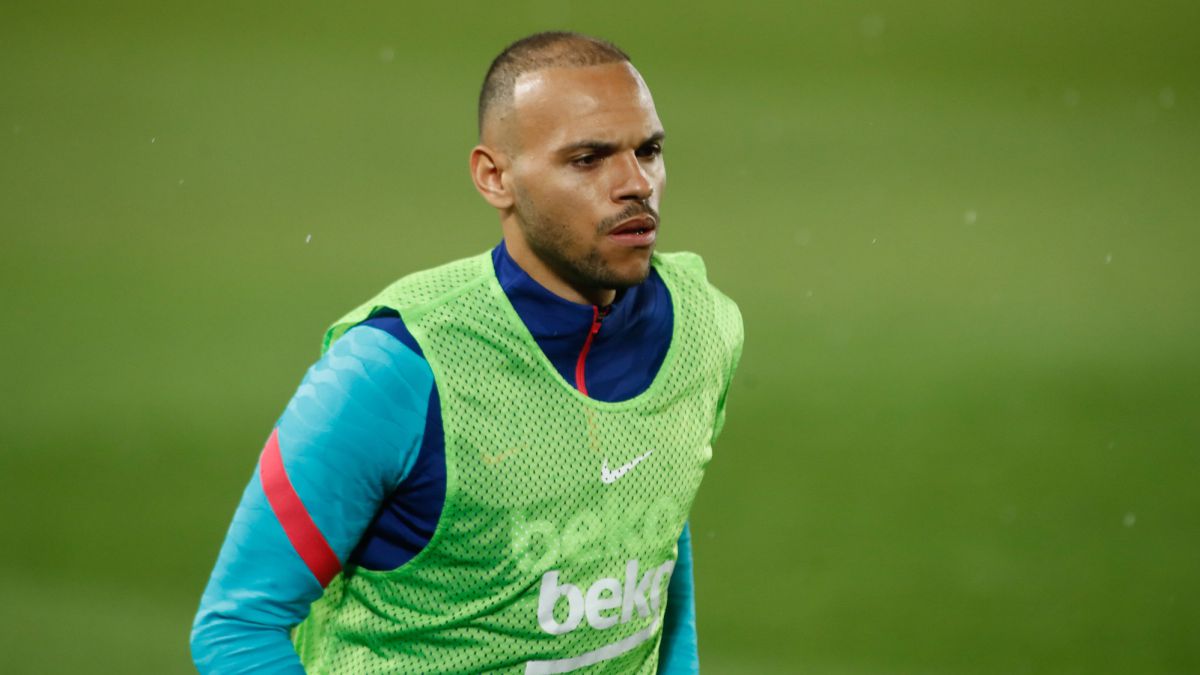 Martin Braithwaite has lived a hard road until arriving at Barcelona and succeeding as a footballer in the First Division. His journey is not the usual one for a player who goes through lower categories and smiles living his passion. A serious problem in his childhood could cost him his sports career. Between the ages of five and seven, he suffered from a hip disorder (Legg-Calvé-Perthes disease) that could have caused his femur to deform. At that time, he had to go in a wheelchair and was unaware of his near future. If by then you were already thinking of being a professional, at that moment everything was on standby.

Despite the harshness of what he experienced, Braithwaite speaks openly of the problem he suffered in his childhood: “I do not have many memories because it is a very sad moment. You are looking at all the children running, smiling, playing. It was a really difficult period to experience. my life. I remember feeling like I don’t know how to say it … Shame, for being different. I didn’t want that kind of attention. “

Fortunately, the medical diagnosis was a relief for him and his family and he regained full mobility. Who knows if he was already aware by then of what his dream was. He confirms that he does: “I always wanted to be a footballer. Since I was very young I had nothing else in mind. I didn’t have a plan B. So when there is no plan B, you don’t get distracted.” However, he has defined his career as a “hellish journey.”

How his signing for Barcelona was conceived

Barça needed a striker and desperately sought him out of the market deadline. By LaLiga regulations, their candidates were very limited. It had to be a ‘killer’ of the national championship and the technical secretariat noticed the starting point of Leganés. “I was picking up my son from soccer training and while I was driving home, my agent called me and said that Barcelona was interested. He told me that they seemed very, very interested,” he told CNN in the interview.

However, he did not want to take anything for granted: “I felt incredible, but I know that in football when there is interest it does not mean anything. There was still a long way to go before signing the papers.” Anyway, he wanted to keep the secret from himself: “I’m not a guy to keep them, I really am an open book. My wife would feel like something was up because I was hiding phone calls from her. When I was going to tell him, she just smiled and She said she already knew. The surprise was a bit spoiled. It was a very emotional moment because she has seen all the sacrifices I have made to get here.

Braithwaite wanted to get chest out of his performance, despite not being a regular starter for Ronald Koeman: “They could see that I had skills to play at a much higher level. They could also see that my game was what they needed. That is what me They said, he had the mentality to deal with the pressure of a big club. Now looking back, it just shows they were right. “

Russia responded to NATO claims over access to the Black Sea

24 hours with the candidate (III): Ángel Gabilondo, the anomalous campaign of a social loner