Boycott the Copa América ?: Players from other national teams are behind Brazil in a move that can shake South American football 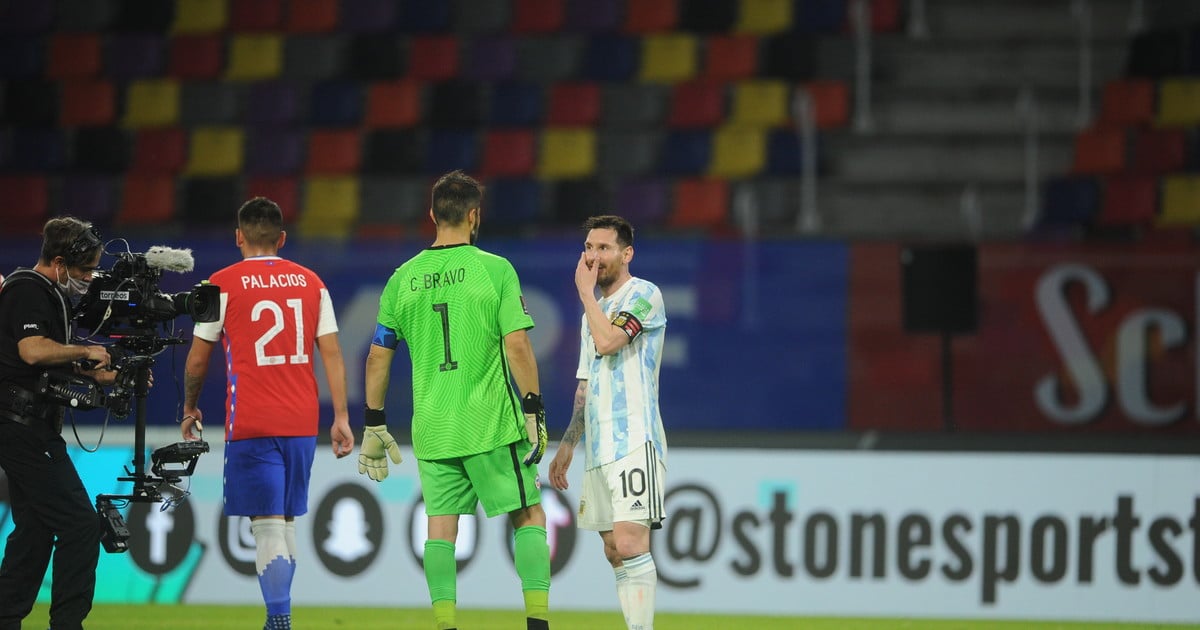 Gabriel Barbosa, Gabigol, was one of Tite’s surprises on the Brazil list. He is the top scorer for Flamengo, a team that played nine games in May. One meeting every three days, including trips to Chile and Ecuador.

Franco Armani and Gonzalo Montiel could not get on the National Team charter heading to Santiago del Estero because their swabs continue to test positive despite the fact that they are already discharged after having overcome the coronavirus. The goalkeeper was one of the first infected in the massive outbreak that River suffered in the previous Superclásico. That Sunday, in which the tapas were for the kid Alan Díaz, Montiel was able to play, although a day later he also tested positive for Covid-19. The ball did not stop. Enzo Pérez disguised himself as a goalkeeper and was also cover. A week later, without much significance, Gustavo Insúa, the campus driver, passed away.

“I couldn’t walk. It is not bullshit. We believe that because one plays soccer it will be a fever and nothing more. I have to say that it is not like that, I had a very bad time ”, related about his days with coronavirus Matías Caruzzo, the Argentine defender who this week announced his retirement. Lucas Barrios, Paulo Díaz and Edwin Cardona suffered heart problems from the disease. The Independiente team slept in an airport. Defense and Justice played 10 games in a month, during which time he traveled to Brazil twice, once to Peru and once to Ecuador. The president of the Board of Trustees passed away, the Sacachispas coach was admitted to intensive care, an All Boys player almost died in the locker room. The ball did not stop.

Players from América de Cali and Atlético Mineiro, affected by the tear gas that came from the repression of the protests in the vicinity of the stadium. Photo: EFE

The president of Conmebol, Alejandro Domínguez, highlighted that 254 games were played “under strict control and protocol to take care of everyone’s health.” One of them was interrupted six times because the tear gas with which the police repressed protesters outside the Romelio Martínez stadium in Barranquilla invaded the playing field.

Argentina will travel to that city to play on Tuesday. And there will be 10,000 spectators at the Metropolitan Stadium. They announced it on June 3, a day with a record of coronavirus cases in Colombia: 27 thousand infections and 511 deaths in 24 hours.

As the health system collapsed in the country and the national government ordered new restrictions on circulation, this newspaper detailed a “super agenda” for Argentine clubs, with 95 games (between cups and local league) in just 35 days . It was necessary to “respect the commercial commitments assumed”. In the middle, several schools were decimated by the infections. From Sarmiento to River, passing through Gimnasia, Banfield and Rosario Central. The scene multiplied and deepened in the Ascent. You had to play at any cost. Did you have to play at any cost?

If the time has come to say enough, as it emerges from what footballers and leaders filter from the bubbles of the South American teams, it is worth asking some questions. Is it riskier for the Copa América to be played in Brazil than having played the Libertadores, the Sudamericana and the local tournaments? Why did no player of the Argentine National Team raise his voice when the tournament was to be held here in the midst of the sanitary collapse, nor did they question the trip to Colombia, a country that gave up organizing the contest in the midst of the social and health crisis? What is behind a solidarity movement that the less would arrive at the wrong time?

Messi and Casemiro, two of the captains of the South American teams, faced in the Spanish League. Photo: REUTERS / Sergio Perez

The click came when the Copa América began to pass out of hand and fell in Brazil. The first complaints came from Uruguay, with Cavani and Suárez as spokesmen. Sergio Agüero joined with a more timid tone. Messi avoided the subject in his statements after the 1-1 against Chile. Until Casemiro hinted that neither the players nor the coaching staff of Brazil agree with the conditions raised.

“Everyone knows what our position is, everyone knows it, it is impossible more clearly and Tité has already exposed it publicly. It is not my personal position, it is not the position of the national team players that we are in Europe. It is the position of all the players on the squad and also Tite’s coaching staff, “said the Real Madrid midfielder.

The diagnosis is logical: the main protagonists feel like supporting actors in strong decisions. And, as he was able to find out Clarion, there will be a unified position of all the selected ones that will be announced after the qualifying round on Tuesday. He was shut out by Ecuador defender Robert Arboleda. “I have little to say because those who are speaking are the captains, among the captains. My captain is taking care of that,” the San Pablo footballer revealed in statements to ‘SporTV’.

“There are many people dying. Something has to happen because for us as players it is very difficult. We do not know if when we arrive at a hotel there will be someone with covid and can transmit it to one of us and we to other players,” said Arboleda, who recently He was suspended by his club and fined after being caught at a clandestine party in Sao Paulo in the middle of the pandemic.

A possible letter would be play in disagreement and express rejection of the actions that involve them and for which they were never consulted. The toughest maneuver would be a collective resignation from the tournament. These issues are the ones that have been debated in the chats maintained by the captains. In the middle, a waterfall of speculation. You have to wait until Tuesday to find out how far this move will go.

Everything is wired. Colombia, which requested the postponement of the Cup, now allows the public to enter the stadium. Argentina went from running to organize the entire tournament to considering it a nonsense. And Brazil had to rummage through Bolsonarist cities to find the venues because São Paulo, Belo Horizonte, Porto Alegre, Fortaleza and several others did not want to be part of the show.

Jair Bolsonaro, with his image in a tailspin, clings to the Copa América to regain power. Photo: AFP

With more than 470,000 deaths and almost 17 million cases of coronavirus, the host of the Copa América is the country in Latin America hardest hit by the pandemic, the second in the world with the most deaths associated with Covid and the third with the most infected, behind from the United States and India.

In Rio de Janeiro, where the final is scheduled, 95% of hospital beds are occupied. In Brasilia, the city where the story should begin on June 13, the figure reaches 88%. Cuiabá and Goiania are the other two, agricultural in nature and with political leaders aligned with the Federal Government. In the four venues, Bolsonaro, who in 2019 had the pleasure of taking an Olympic lap in the Maracana and raising the America’s Cup in the center of the scene, added more than 60% of the votes in the presidential election.

“We won one more time. Whoever does not want to watch the games should not watch them, turn off the television, go talk to his boyfriend, his mother-in-law, ”challenged the president of Brazil this week.

His universe of thought omitted that without players there are no games.