Boy pretended to be lost, borrowed a cell phone and stole $3,800 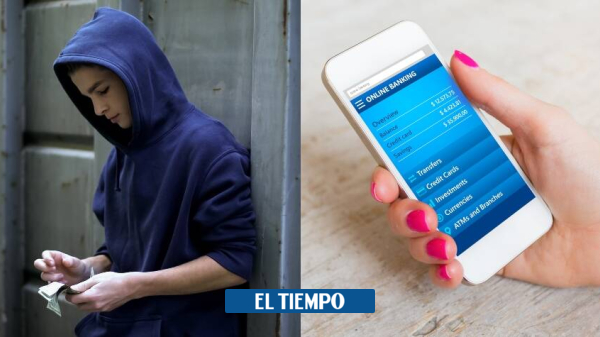 If a child came up to you to ask for your cell phone, asking for help because he is lost, would you lend it to him?

Shannon Fraser, a woman who was walking her dog, says she decided to do it and ended up losing nearly $4,000 for his goodwill.

This is his story.

He was in Baldwin Park, a park located in Orlando, United States, when a minor, who appeared to be 12 years old, approached him and asked for help.

(You can read: Controversy over a satanic temple that offers after-school classes to children).

Most of my apps were protected by face ID

As Fraser told local media, the little boy told him: “My phone downloaded. I can’t find my family or friends” and asked him to lend him his cell phone to call them.

She did not hesitate to offer her help and allow him to use it. She kept an eye on him and listened as he spoke to a person on speakerphone. The minor asked if he could open a map application to see where he could get to where his acquaintances were supposedly located: “I’m a foot away“.

(We recommend: Mother locked her son in the trunk of her car for having covid-19).

“He opened the maps and I was watching him do that. I was standing just inches away”, Said the alleged victim.

When he realized it was too late

The woman let him go without any problem, but the next day she received a notification that left her cold.

The little boy said he would go into the map app.

Upon contacting the bank, they made it clear that the boy’s account had been set up just 30 minutes before he met him. She could not believe it: “Most of my apps were protected by face ID. I thought Venmo was too. It was not“.

See also  Inflation in the US fell to 8.5% in July

(You may also be interested in: This is how the brains of boys and girls have changed due to the pandemic).

He has also contacted the authorities and although the mobile payment app has returned the full amount that was stolen, he will not be able to use the money while investigations are ongoing.

Decriminalization of abortion: this is how politicians react to the Court’s decision

Abortion: what will happen to women who were convicted of the crime?