Boy (12) dies after vaccination: how dangerous are vaccines for children?

The tragic death of a twelve-year-old boy in Cuxhaven raises an important question: How safe are corona vaccines for children? These are the facts.

Cuxhaven – A twelve-year-old boy died in Cuxhaven two days after his second Corona vaccination with Biontech / Pfizer. The district of Cuxhaven confirmed this on Wednesday, November 3, 2021, after rumors had already circulated on social media.

Boy (12) dies in Cuxhaven after vaccination: the final autopsy result is pending

Experts from the Forensic Medicine Institute saw it in a preliminary autopsy result University Medical Center Hamburg-Eppendorf (UKE)* considered likely that the child’s death was due to the vaccination. The complete autopsy result is still pending, it is expected in the course of Thursday, November 4, 2021, or on Friday, as a spokeswoman for the district of Cuxhaven opposite Kreiszeitung.de confirmed.

“You will have to wait for the last autopsy result in order to be able to take a really well-founded position”, warned the doctor and medical journalist Dr. Christoph Specht to n-tv. The doctor also said: “If it turns out that the vaccination was actually the cause of the death, then this case will bring a completely different view of the corona vaccinations of children.”

Whatever the outcome, one thing stands for Dr. Christoph Specht already states: “That you have to look very carefully when vaccinating children,” said the doctor at n-tv. The feeling has already spread that vaccinations for children are a totally safe thing and that every vaccinated child is definitely on the safe side.

It would have been clear from the start that this would not have been the case. That is why the Standing Vaccination Commission (Stiko) initially found it relatively difficult to make the recommendation – and initially only issued the vaccination for previously ill children and those who, for example, live with people who are very vulnerable.

How dangerous are vaccines for children? That’s what US researchers say

In the meantime, Stiko has extended the vaccination recommendation to children and adolescents between the ages of 12 and 17 – with the mRNA vaccines from Biontech and Moderna as the first vaccines approved for this in Europe. But now the case from Cuxhaven raises the question again: How safe are corona vaccines for children really?

Since the data on vaccine studies for children in Germany is still relatively thin – according to the science magazine Quarks, 2000 children have been tested with Biontech and 3700 with Moderna – it is worth taking a look across the Atlantic: According to data from the Canadian regulatory authority, vaccination reactions occurred more frequently among younger people than in adults – about a fifth more.

These vaccination reactions mean short-term symptoms after vaccination: fever, chills, headache and pain, tiredness, reddening of the skin or itching at the injection site.

How safe are vaccinations for children? Side effects are common

There are also studies in the USA, where several million children and adolescents have already been vaccinated against Corona – and vaccination of children from the age of five is already allowed. A survey by the US health authority CDC among 129,000 vaccinated people between the ages of 12 and 17 shows that vaccination reactions occurred relatively frequently. In the week after the first dose – usually one day after the vaccination – 63.9 percent of children between 12 and 15 years of age complained of local reactions such as swelling and pain at the injection site. Systemic reactions such as tiredness, fever, headache or muscle pain occurred in 48.9 percent.

With the second vaccination, the rate of systemic reactions was 63.4 percent. Similar results were also found in young people between the ages of 16 and 17.

Serious side effects, such as heart muscle inflammation, did not occur, according to the US study. However, rare side effects, should they occur, can only be observed after significantly more vaccinations. In other words: after admission.

As the science magazine Quarks reports, since spring scientists have noticed an increase in myocarditis in young people, which occurred after an mRNA vaccination. 90 percent of those affected were boys and male adolescents.

The scientists’ finding: In people between the ages of 16 and 29, there seems to be a link between vaccination and disease.

Corona vaccination: This is how high the risk of heart muscle inflammation is

The following figures show how high the risk is of developing myocarditis after vaccination: In an Israeli and male age group of 16 to 19 year olds, the risk was 15 people out of 100,000 vaccinated. The researchers observed more cases than they expected for this age group.

Side effects after corona vaccination for children: “Severe courses cannot be ruled out”

Several studies also confirmed: Most cases of rare side effects – around 75 to 95 percent – are mild. As a rule, children and adolescents can leave the hospital after a few days – without any symptoms or abnormalities.

However, the remaining percent remains: The Paul Ehrlich Institute also confirms in its latest safety report that more serious processes cannot be ruled out in individual cases. In most cases of cardiac muscle (myocarditis) and pericarditis (both of which can be fatal), patients would have felt better again quickly after treatment and rest.

Fatal side effects after vaccination: risk higher with Moderna

So far, more than 92 million doses of Biontech and Moderna have been inoculated. In the reporting period from December 27, 2020 up to and including September 30, 2021, 1,243 suspected myocarditis / pericarditis were reported – with the reporting rate being highest among boys and male adolescents aged 12 to 17 years and young men under 30 years of age.

It is not yet certain whether there is a difference between the vaccines from Biontech and Moderna in terms of severe side effects. However, spontaneous data from Germany would show that the risk of young men and women after vaccination with Moderna could be higher than after vaccination with Biontech. One possible explanation would be that the dose administered is three times higher with the Moderna vaccine.

How dangerous are vaccines for children? That says the data situation

All of the results so far taken together can be considered a safe corona vaccination for children. However, the global data situation is still relatively thin. However, as more and more children over the age of 12 are being vaccinated in numerous countries, it is getting better and better. Still, more studies looking at vaccinations for children would make sense.

Corona vaccinations can – like all other vaccinations – lead to side effects in children. According to studies from the USA and Canada, these can even occur a little more frequently than in adults. And: the younger the child, the higher the chances. In addition, the chances increase after the second vaccination.

However, it is important to mention that the side effects are in most cases not serious and are limited to tiredness and headaches – in the worst case to fever.

Potentially life-threatening vaccination reactions can occur in rare cases, but are usually mild – and above all: never fatal. According to the Paul Ehrlich Institute, there have so far been no confirmed deaths of 12 to 17-year-olds in Germany that are related to the Covid vaccination.

In addition, there are no confirmed cases of people who have died from a vaccination. In Germany, 1802 people died after being vaccinated against Corona. According to the Paul Ehrlich Institute, there is a temporal connection in all incidents – but not a causal one. In other words, people can have died of all sorts of other complications, as happens every day.

Should I have my child vaccinated against Corona? Weighing risks and opportunities

Parents have to weigh up whether they want to vaccinate their children. The increased chance of getting side effects – mostly mild, very rarely difficult – is offset by the considerably higher risk of developing corona.

Even if Covid-19 is only rarely severe in children, there are confirmed deaths – albeit very few: The Robert Koch Institute (RKI) has 17 resolved deaths in the age group of 10 to 19 year olds. In 11 of the 17 official deaths, the children also suffered from relevant previous illnesses. To similar results also came a study from England*.

The question of whether children can develop long-term corona consequences, long-covid, is still unanswered. This means symptoms that can appear months later after the infection. Quarks reports that there are very rarely children who are tired, confused or not fit months after a corona infection. In these cases, persistent skin rashes or inflammations were also found. It is possible that these children will struggle with it for months, years, or even their entire lives. Vaccination could prevent possible long-term consequences and death.

How useful are corona vaccinations for children? “The fourth wave is rolling”

Since the around 14 million children and adolescents in Germany make up a fifth of the total population, a vaccination can help curb the spread of the virus. Because the number of new infections is rising again, even reaching a new high on Thursday, November 4, 2021. “The fourth wave is rolling with full force,” announced Federal Health Minister Jens Spahn (CDU).

The majority of experts still believe that vaccinations are the key to defeating the pandemic. Vaccination centers are also apparently supposed to reopen. Schools can become hotspots again in autumn and winter. And even if serious illnesses or even deaths rarely occur in infected children – they can infect people who are particularly at risk. However, some do not see it that way: probably as a result of the tragic death of the 12-year-old, anti-vaccination opponents marched in front of a school in the Uelzen district and harassed students there *. * Kreiszeitung.de and az-online.de are offers from IPPEN.MEDIA. 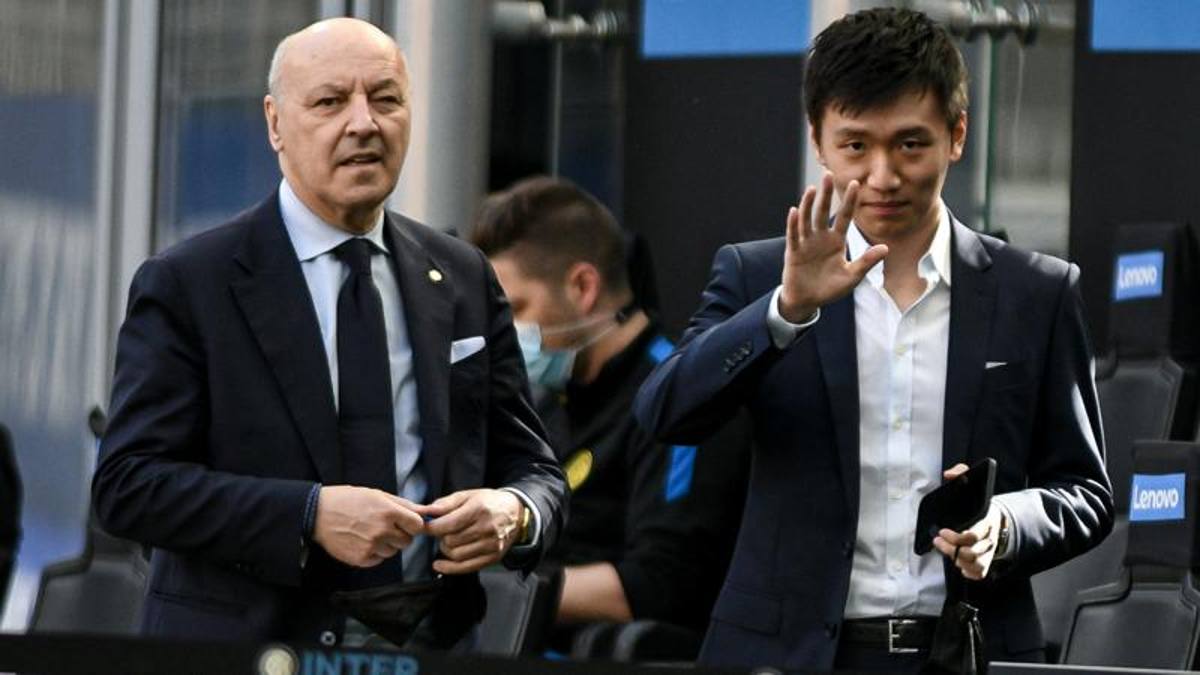