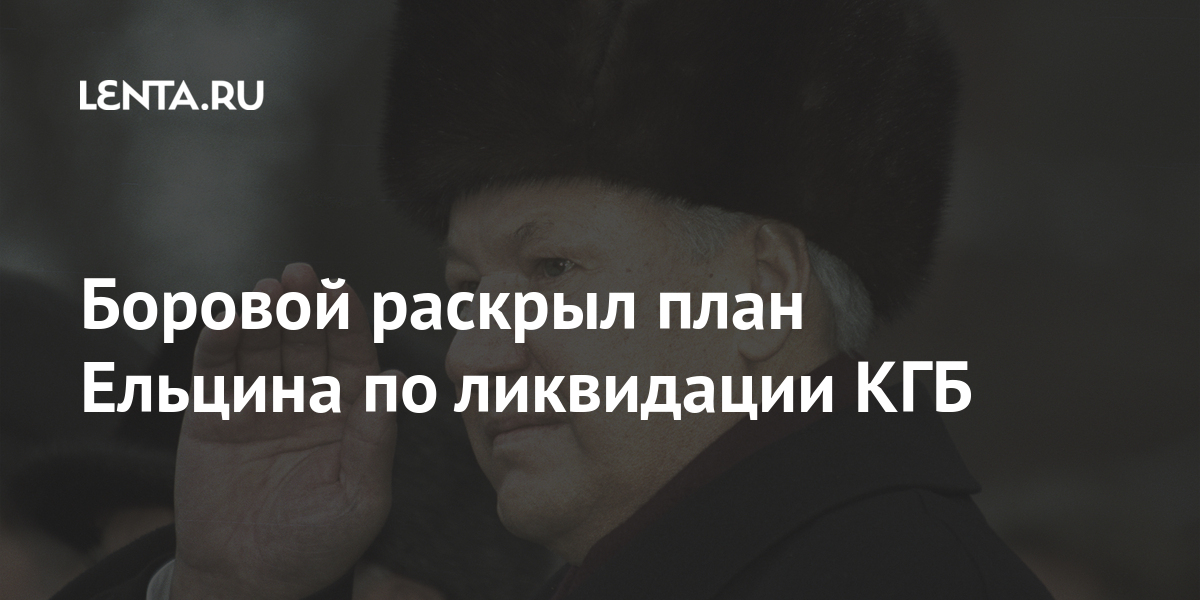 Russian politician Konstantin Borovoy, who was a State Duma deputy in the 90s, revealed the plan of the first Russian President Boris Yeltsin to liquidate the KGB. He told about this in an interview with “Lente.ru”.

According to him, initially Yeltsin had an idea to liquidate the KGB as an “unreformable” organization.

“He sent to the KGB the chairman [Вадима] Bakatinwho had to do it, – said Borovoy. – Bakatin asked me to give a lecture for the leadership of the KGB, for the generals of the KGB – about democracy, about the market economy, how it works, how it works. I gave a couple of lectures, they had terribly lean faces, ”said Borovoy.

The interlocutor of “Lenta.ru” added that by about the middle of 1994, Yeltsin abandoned this idea under the influence of his entourage.

“In mid-1994, KGB officers from Yeltsin’s entourage began to push him to create not a federal, but a unitary state. That is, there was a feeling that the government was sort of spreading, ”he said.

Earlier, the veteran of the KGB of the USSR, Yuri Kobyakov, spoke about a traitor from Moscow who set up the Alpha group, which in 1991 was supposed to arrive together with other Soviet special forces in Vilnius.

American Ambassador to Moscow will return to his homeland

Recovery plans spark the race for hydrogen in the EU