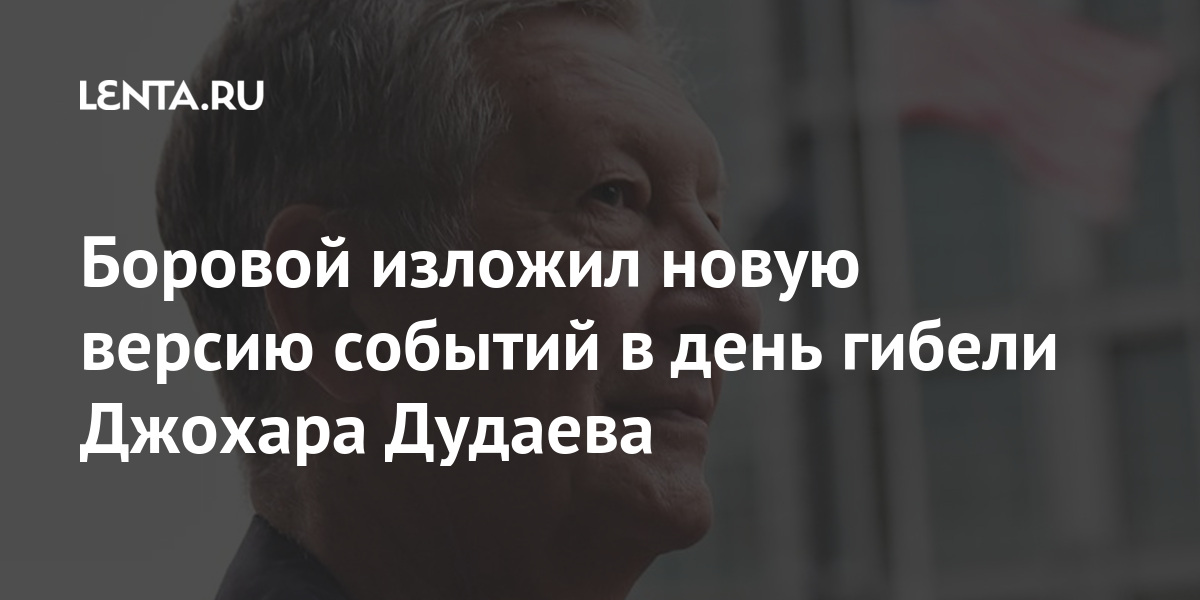 Russian politician Konstantin Borovoy, who, in his own words, was friends with the first president of the unrecognized Chechen Republic of Ichkeria (CRI) Dzhokhar Dudayev, presented a new version of events on the day of his death. In an interview with Lente.ru, he said that the missile attack on the Chechen leader was carried out two hours after their conversation on a satellite phone, and not at the time of the conversation.

“You know, that Alla (the widow of Dzhokhar Dudayev – approx. “Lenta.ru”) told me, rather testified that he had time to tell her what we talked about. It may well be that our conversation was used to simply determine its coordinates, ”Borovoy said.

According to the interlocutor of “Lenta.ru”, Dudayev told him that with the help of a special cable he carried the receiver at a distance of about 50 meters from the telephone set.

“He called me, it was impossible to call him – there was such a phone,” Borovoy recalled. – He said that attempts were being made on him during the conversation. Apparently he did not use this cable that day. I had the feeling that he died about two hours after talking with me. That is, he was talking to someone else. “

At the same time, earlier Borovoy claimed that the connection was interrupted right during his conversation with Dudayev, about which Komsomolskaya Pravda wrote in 2011.

Earlier, former Minister of Nationalities Vyacheslav Mikhailov revealed details of the breakdown of negotiations between the first president of post-Soviet Russia Boris Yeltsin and Dzhokhar Dudayev before the start of the introduction of federal troops into Chechnya in 1994.

Olaf Scholz: From “Scholzomat” to Merkel’s Vice Chancellor – and now to the Chancellery despite cum-ex turmoil?