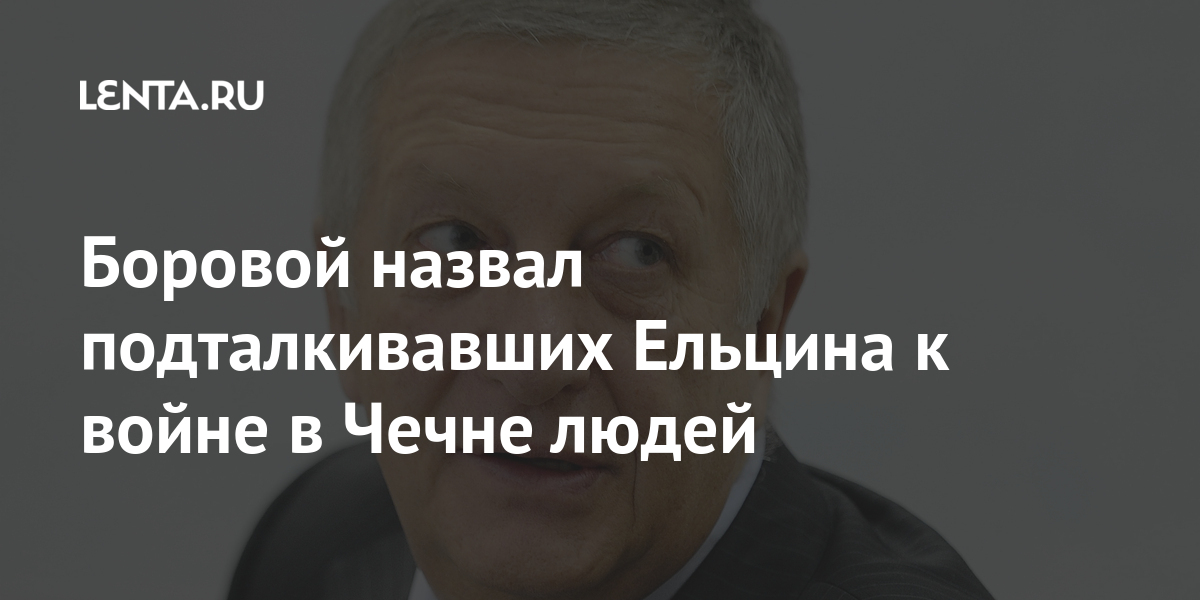 Russian politician Konstantin Borovoy, who was a State Duma deputy in the second half of the 1990s, named the people who pushed then-Russian President Boris Yeltsin to the war in Chechnya. They turned out to be siloviki from the new entourage of the head of state, Borovoy said in an interview with Lente.ru.

“I myself have heard, and there was a lot of evidence that Yeltsin’s militaristic, imperial entourage made a decision to try, using the example of the Chechen Republic, to show everyone else the strength of the federal government. And then, with the participation of the KGB, a not very successful plan was developed to try to arrange a war with Chechnya, to suppress Chechnya, ”the source told Lenta.ru.

He noted that the influence of the security forces on the head of state began to increase in the mid-90s.

Borovoy claims that they made serious efforts to embroil Yeltsin with the regions that began to build an independent economic policy. “To say that it was Yeltsin’s sole decision is wrong. – the politician asserts. “It was a great job of the new environment.”

Earlier, the former chairman of the Supreme Soviet of Russia Ruslan Khasbulatov said in an interview with “Lente.ru” that Boris Yeltsin had a chance to prevent the war in Chechnya, but he missed it, giving the order to shoot parliament with tanks in 1993.

Two bottlenose dolphins released in the trap of La Azohía