Boris Johnson: how the prime minister talked away the pandemic

Corona, was there something? In November 2021, in many places in England without a mask, it is easy to forget that one is still living in a pandemic – were it not for the drastically high number of cases.

London – Listening to Boris Johnson can get the impression that everything is fine in the UK. The British Prime Minister believes that the corona data are no cause for concern, no reason for “Plan B”, which has been in the drawer for months, but should remain there.

Meanwhile, the incidence is around 400, which is even higher than in Germany, where the alarm bells are ringing almost louder than ever before.

The fact that the delta variant has driven the number of cases in Germany, Austria and other countries to previously unknown heights has not gone unnoticed on Downing Street either. For example, a few days ago Boris Johnson warned of the wave that was rolling over the continent and of which no one knew whether it would also wash over the English coast.

Not a bit better on the island

“That is a bit misleading,” says health expert Azeem Majeed from Imperial College London in an interview with the German Press Agency. The fact is: for months the situation on the island has not been a bit better than in Europe – on the contrary. “Since July we have never had less than around 30,000 cases a day,” says Majeed. Just recently, the UK was overtaken by countries with even higher corona rates. Most recently, 40,000 to 50,000 per day were counted. The biggest difference to the situation in Germany is that hardly anyone talks about it anymore.

Especially abroad, the impression has crept in that the British somehow got away with their “Freedom Day” in mid-July – the lifting of practically all Corona measures – and that the worst did not materialize. But that’s only partially true. It is true that the NHS health service has not been overloaded since then, as it was last winter. At the same time, doctors are working to the limit and the waiting lists for operations are longer than ever. But the truth also includes: The country has been counting around 1,000 deaths week after week for weeks. The price of British freedom is to get used to these numbers.

Obligations to provide evidence are unimaginable

Even the measures planned for Plan B, which Boris Johnson does not want to think about introducing, are anything but drastic: The plan only includes the recommendation to work from home, masks in some rooms and vaccination or test certificates for some major events. Obligations to provide evidence, which are now discussed as a matter of course in Germany under the cryptic abbreviations 3G, 2G and 2Gplus, are inconceivable for many in England. There was huge resistance to such a system months ago, and the certificates were branded as “discriminatory” even before they were introduced. Scotland and Wales, on the other hand, who decide independently about their corona measures, have been making use of vaccination certificates for a while.

Many dead, hardly any vaccinated: Russia is sinking into the corona chaos

With more than 40,000 new infections every day, Russia is deeper in the pandemic than ever before. With days off, President Putin wants to get the situation under control.

Many dead, hardly any vaccinated: Russia is sinking into the corona chaos 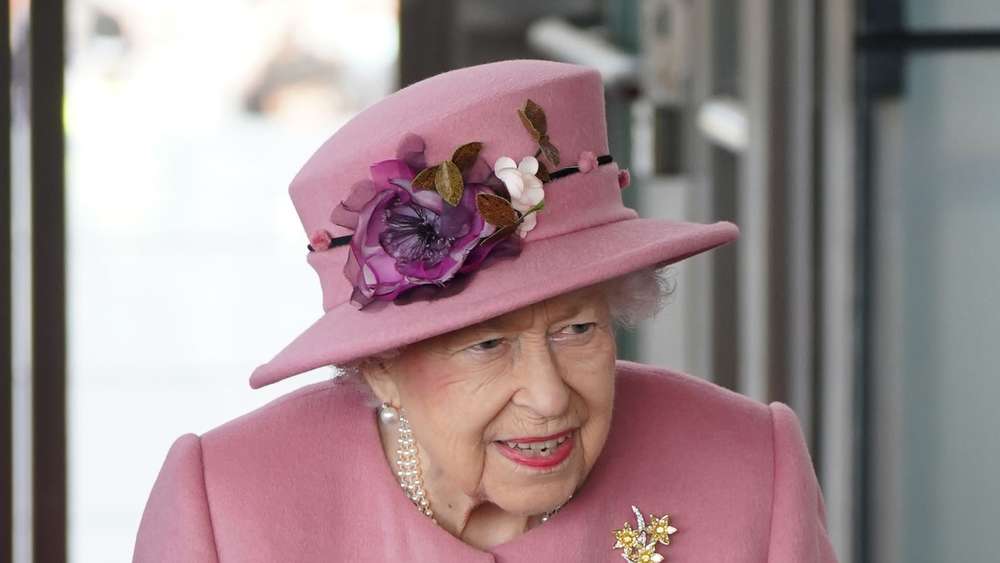 British worried about the Queen

Queen Elizabeth II should spare herself for two weeks, at least. But will the 95-year-old Queen follow the advice of her doctors? An important date is imminent.

British worried about the Queen

In terms of the vaccination quota, the British situation is comparable to the German: Almost 69 percent of the population are double vaccinated, and the booster vaccinations are making slow progress. Their effect can, however, already be seen in the age comparison: While the positive rates are rather low in the older, already boosted groups, they are highest among school children.

“Plan B should have been introduced a long time ago,” says Majeed. But the British government decided not to react preventively, but rather when it was actually too late. Fortunately, thanks to the vaccinations, hospital admissions are currently not in such a dramatic situation as last winter.

Corona expert Christian Drosten recently expressed the assumption that the situation in the United Kingdom could relax over the winter, as there are many more people who have recovered due to the heavy contamination. The Briton Majeed can understand this assumption, but is more cautious: “It can easily get out of control again.” Dpa

During the pandemic in Russia, every fourth veteran died

The toughest road ultramarathons in the world: here are the “Italian” ones

Ranked in Australia Project Pen, a new title from ATLUS