Boris Johnson admits to having attended party during lockdown and apologizes 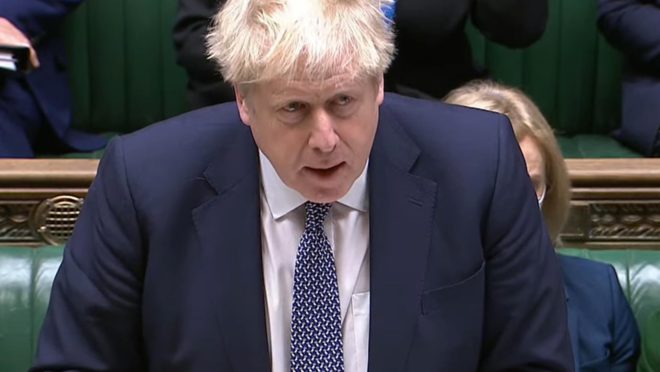 This content is about a fact that is still being investigated by the newsroom. We will have more information soon.

British Prime Minister Boris Johnson admitted he attended a party while the UK was under lockdown and apologized, although he argued the meeting “technically” did not break the rules.

“I want to apologize. I know that millions of people across the country have made extraordinary sacrifices in the last 18 months,” Johnson said as he began his speech to Parliament on Wednesday.

Johnson has faced a wave of criticism in the country, which even extends to members of his party, following the leak of an invitation to a garden party at his official Downing Street residence on May 20, 2020.

At the time, due to restrictions in the face of the Covid-19 pandemic, the limit for social gatherings in the United Kingdom was for two people from different households, in a public place and keeping a distance of 2 meters.

“When I went to the garden after six o’clock on May 20, 2020, to thank teams and then come back to my office 25 minutes later to continue working, I implicitly believed that it was a work event,” he said. in your speech.

According to Johnson, “in hindsight,” he should “have sent everyone back inside.”

Criticism began when broadcaster ITV reported that an email inviting to the party was sent by the Prime Minister’s private secretary, Martin Reynolds, to about 40 people, with the recommendation to “bring your own drink”. On Tuesday (11), the British press reported that Johnson and his wife, Carrie Johnson, attended the event.

The leader of the Labor Party, Keir Starmer, did not accept the version of events narrated by the prime minister. “The only question is, will the British people expel him, will his party expel him or will he do the decent thing and resign?” the opposition leader asked, according to local media.

See also  Football and covid, 2022 begins with Omicron variant 'on the pitch'

The prime minister had already aroused criticism last year, with the revelation of a 2020 Christmas party in Downing Street, but Johnson assured British lawmakers that at the time “all guidelines (of security to avoid contagion) were followed to the letter.” “.

Ezio comes to Switch with his entire Assassin's Creed saga

Gavi and Araújo, the other pending renovations