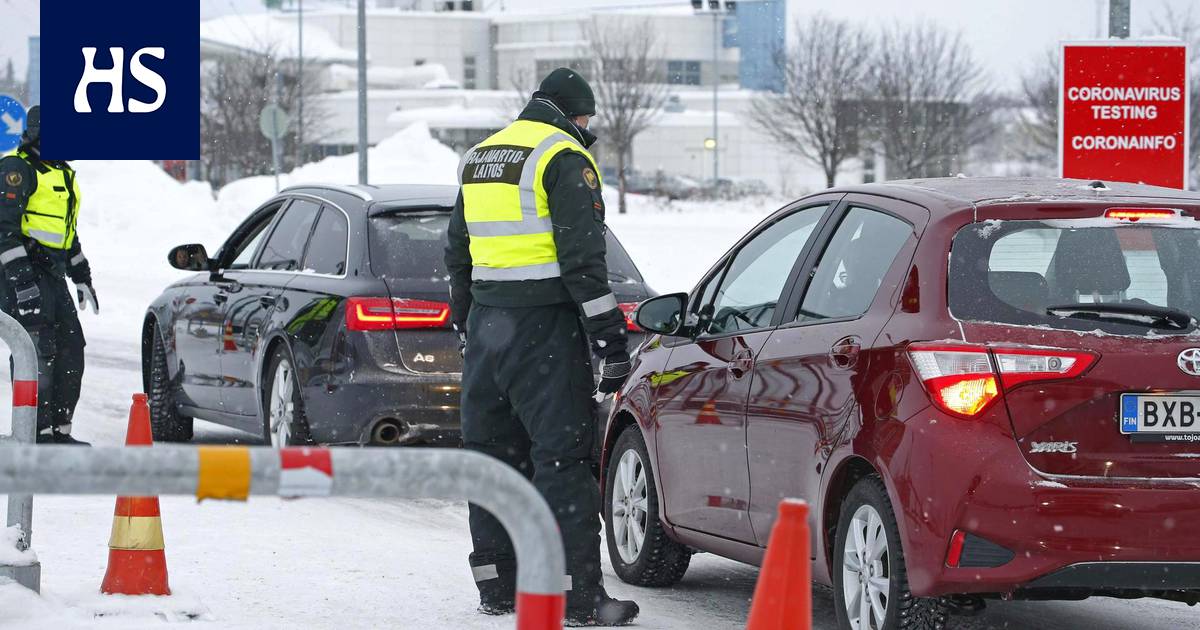 The Commission calls on Finland and five other EU countries to abandon strict border measures that impede free movement.

European the commission has sent a letter of objection to six countries over strict border measures. In addition to Finland, Belgium, Germany, Denmark, Hungary and Sweden have received letters.

According to the Commission, the border measures for the six countries are stricter than recommended and hinder free movement. The Commission is particularly concerned about entry and exit bans.

Member States have ten days to reply to the Commission’s letter.

In the Commission has previously been concerned about the continuation of Finland’s internal border controls. According to Commission sources, they no longer meet the Schengen criteria for the area of ​​free movement.

Finland has exceeded the six-month Schengen deadline, during which temporary checks can be used. The deadline was reached in mid-September. Finland has used the corona situation and the fact that compensatory measures have not been ready as grounds for the continuation of border measures.

In the Commission’s view, internal border controls should be an extreme measure in a situation that poses a serious threat to public security. In the case of Finland, the Commission considers that inspections are no longer necessary.

On legal issues responsible Commission spokesman Christian Wigand said on Tuesday that the commission hopes member states will find a solution to their border measures as soon as possible. As a last resort, the Commission could initiate infringement proceedings and take the matter to the European Court of Justice.

“I hope we find a solution and don’t have to go down the legal path, which can be long,” Wigand said.

Border measures were discussed at a meeting of European ministers on Tuesday. Finnish Minister for Europe Tytti Tuppurainen (sd) said that Finland was preparing a reply to the Commission’s letter.

Finland’s internal and external border restrictions are currently in force until 18 March. According to Tuppurainen, Finland’s decisions are valid until further notice, despite the Commission’s letter.

“We are not in any ordinary business as usual situation, but in the middle of a global pandemic. We have variants of the virus whose behavior we do not know and whose vaccine response we do not yet know enough about. ”

According to Tuppurainen, Finland supports the Schengen area of ​​free movement and emphasizes the smooth functioning of the internal market. However, action has been taken on public health above.

“We do not consider it ideal for Finland to have to limit this border traffic so unilaterally in this way. However, we consider this necessary because the aim is to prevent the spread of the virus and, in particular, the landing of these variants in Finland through travel. ”

According to Tuppurainen, the Prime Minister of Finland Sanna Marin (sd) has been in contact with the Commission and colleagues in order to develop a common border emergency procedure for the next crisis.

According to Tuppurainen, Finland’s goal has been to replace travel restrictions with compensatory measures such as border testing. Legislative changes are now before Parliament.

Also read: Finnish border controls are a cause for concern in the EU Commission

In Finland strict border measures have been in place for a long time, but many European countries have re-introduced strict measures for fear of virus transformation. Belgium, for example, has banned all non-essential travel to and from the country. Travel is only allowed with a special certificate.

Reviews has been prompted by a unilateral decision by Germany introduce strict border controls at the Austrian and Czech borders. The decision is intended to halt the rapid spread of coronavirus variants in neighboring countries, in particular the South African virus variant.

“These actions are, of course, a major burden on the border region, cross-border workers and the export of goods in the internal market, but there is a horizontal cup of protection for citizens,” Roth said.

Belinda after her grandmother’s death: Tell me it’s not real that you left