‘Bootcamps’ to find a technological job in six months 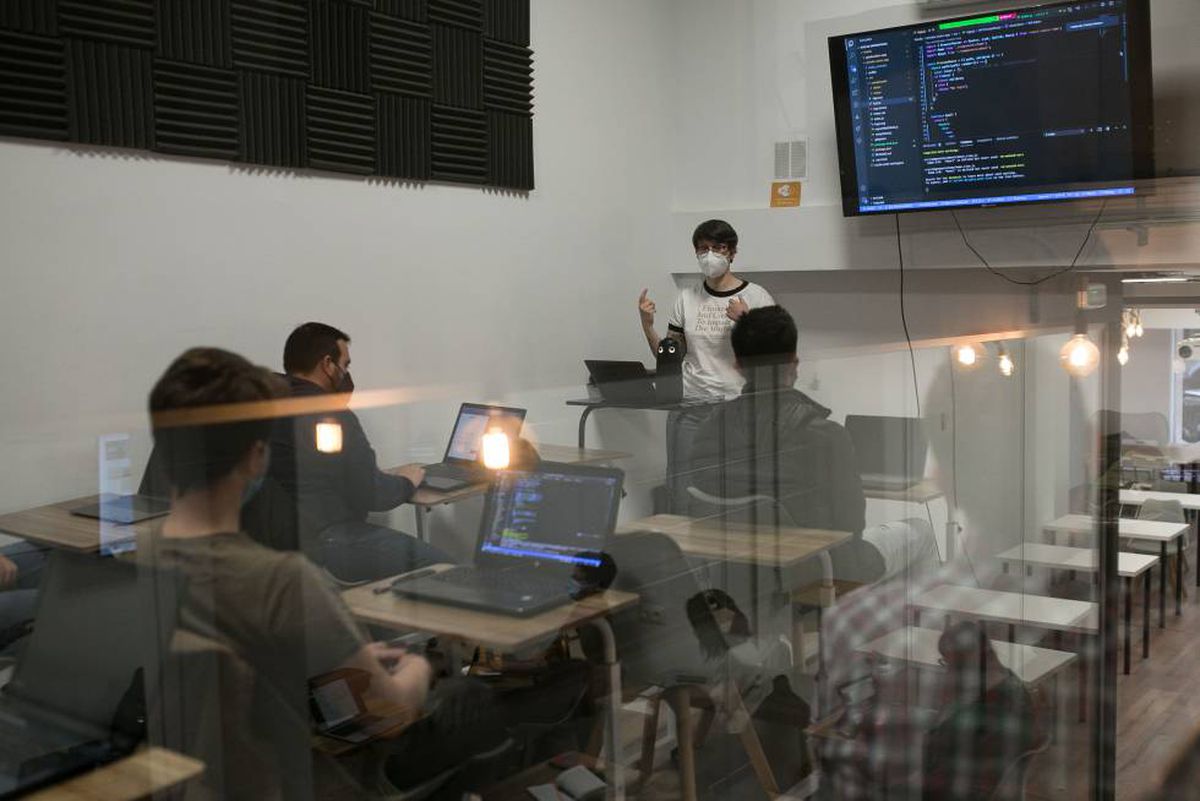 77% of students in intensive computer programming courses who follow the North American methodology of the bootcamps finds a job after six months. These are data from a study by the Mobile World Capital, which analyzes for the first time in Spain this non-regulated training, an alternative to degrees and masters and focused on specific skills. Barcelona, ​​with 40.5% of the centers, leads the sector, which grew by 26.70% in 2020, with 26 million invoiced.

The bootcamps they were born fifteen years ago on the west coast of the United States. They transfer the military concept of intensive training to the technological disciplines and seek rapid employability. They arrived in Spain in 2013, but it has been during the last five years that the sector has been growing. The digital talent program of the Mobile World Capital, Barcelona Digital Talent, has analyzed the activity of 28 of the 35 centers that offer this type of training. The study, in which the Generalitat has collaborated, has revealed that 55% of students who finish these short courses find work after three months, a percentage that rises to 77% after half a year.

They are not cheap courses. 89% of the proposals last less than six months and the average enrollment is 4,600 euros, excluding VAT. The director of Barcelona Digital Talent, Jordi Arrufí, explains that “the vast majority of these courses do not require prior training in technology”, although schools do an entrance exam based on motivation “to make the sacrifice behind ”And in the capacity for analytical reasoning,“ key in developing software”. The vast majority of courses (89.29%) focus on learning to create web programs and 96% require some degree of presence.

89% of the proposals last less than six months and the average enrollment is 4,600 euros

The information and communication technology sector grew by 13% in Catalonia in 2020 despite the pandemic, with the creation of 15,000 new jobs, explained the general director of Innovation and Digital Economy, Daniel Marco, in the presentation Of the report. The study presents the bootcamps as an “alternative to traditional ways and necessary to reduce the gap between supply and demand” in a sector where there is a shortage of workers and that the virtuality of the pandemic has reinforced. These types of courses allow you to join very specific jobs, unlike those that can be chosen if you study computer engineering, which offers a broader and more theoretical background.

“The reskilling (professional recycling) is important given the crisis we are in, ”says Gonzalo Manrique, CEO of the Ironhack school in Barcelona. According to him, in Spain companies have prioritized official titles, but he celebrates that “they have been opening up to bootcamps”. He explains that this training has aid for the unemployed in France and Germany and considers that in Spain it still has to “improve the interest of the administrations.”

“In Barcelona there is more investment in startups”, Exposes one of the founders of Nuclio Digital School, Jared Gil, who sees in the city some more motivated students to work in emerging markets compared to Madrid, where corporations predominate. The Spanish capital is the second city with the most offer, 33.3% of all courses.

The Mobile World Capital study estimates that school turnover will grow by 71.3% throughout 2021, reaching more than 45 million euros. In 2020, the bootcamps trained 6,240 students and Barcelona Digital Talent estimates that they will reach 10,901 this year. 55% of the students are between 25 and 35 years old and 19.2% between 35 and 45%, so the target differs from the university profile. 82% of the students enroll by paying for the course themselves and 18% arrive through companies.

The technology sector is very masculine, with only 16.5% of jobs, according to data from the Digital Talent Overview 2020 report. However, the Mobile World Capital study highlights that the analyzed bootcamps have 36% of female students . In fact there are some schools like Allwomen.tech, based in Barcelona, ​​that only offer programs for women. “We are a space to create community and references among teachers and students”, highlights its director, Laura Fernández.