Boosters with Biontech or Moderna? – “Take what’s there”

So that stored vaccine from Moderna does not expire, practices and vaccination centers should initially only be able to order a limited amount of Biontech and vaccinate more Moderna. That caused a lot of criticism.

Berlin – The Federal Ministry of Health has drawn a lot of criticism with the announcement that it will introduce “maximum order quantities” for the Biontech vaccine so that stored Moderna cans are inoculated before they expire. What exactly is it about? An overview:

How did the argument even come about?

According to the Federal Ministry of Health, Germany has 16 million doses of Moderna in stock. At the moment, however, 90 percent of the orders are Biontech. From the middle of the first quarter, stored Moderna cans threatened to expire. “It must be our common concern to prevent this by all means,” said a letter from the ministry to the federal states. Practices and vaccination centers should now only be able to order certain quantities of Biontech so that more Moderna can be used. Overall, the ministry emphasizes, there is “enough vaccine for everyone”.

What does it mean exactly? How much vaccine is there?

Why is the criticism so sharp?

Doctors and country representatives consider it a wrong signal to cut back the supply of the vaccine from Biontech, which is particularly well received in Germany, they fear uncertainty. According to the National Association of Statutory Health Insurance Physicians (KBV), there is a risk of the vaccination rate being slowed down. It is feared that people who have already made booster appointments with Biontech might hesitate if they are offered Moderna, and that there will be significant extra work in the practices due to a lot of inquiries and rescheduling. Moderna is also only recommended for people over 30 and not for pregnant women.

How well does Moderna protect against the Delta variant?

Very good – this is what studies indicate. A US study, for example, compared the effectiveness of the vaccines from Moderna and Biontech / Pfizer with a view to Delta. Your result: Modernas Spikevax protects around 76 percent against infection. Comirnaty from Biontech came to 42 percent. The study authors point out, however, that the differences have yet to be confirmed. A recently published study from Qatar does this: The protection against infection such as hospitalization is higher with the Delta variant with Spikevax than with Comirnaty, so their result. If one looks at the duration of the protection, the first data indicate that Moderna could be ahead here as well.

And Moderna as a booster?

So far, there are only initial indications of this. There are indications that Moderna is at least as effective here as Biontech. A few days ago, for example, the Singapore Ministry of Health published the results of a comparison in which all people had the basic immunization with Biontech. If they were also vaccinated the third time, the risk of infection was reduced by 62 percent. If they got Moderna, it was 72 percent.

What do scientists say about the combination of vaccines?

For the booster vaccination, the Standing Vaccination Commission (Stiko) generally recommends an mRNA vaccine, even if you have received a different one beforehand. If possible, the same mRNA active ingredient should be used in the booster as in the basic immunization, writes the Robert Koch Institute. If this is not available, the other can also be used. Biontech is only recommended for people under the age of 30, because in this age group at Moderna, the risk of certain heart infections is slightly higher. The experts have basically no concerns about a possible change.

Corona vaccinations: how long does the protection last?

Vaccinations protect against Covid-19. How long the effect lasts depends on many factors. Data show: With all vaccines, the protection against a severe Covid course remains very high for a very long time.

Corona vaccinations: how long does the protection last?

Saxony: Corona booster vaccination possible for everyone over the age of 18

In Saxony, everyone aged 18 and over can get a booster vaccination against the coronavirus from November 1st. This follows from a recommendation by the Saxon Vaccination Commission (SIKO), as the State Ministry of Social Affairs announced on Friday. According to the information, the so-called booster vaccination with an mRNA vaccine is possible at the earliest six months after the completion of the basic immunization.

Saxony: Corona booster vaccination possible for everyone over the age of 18 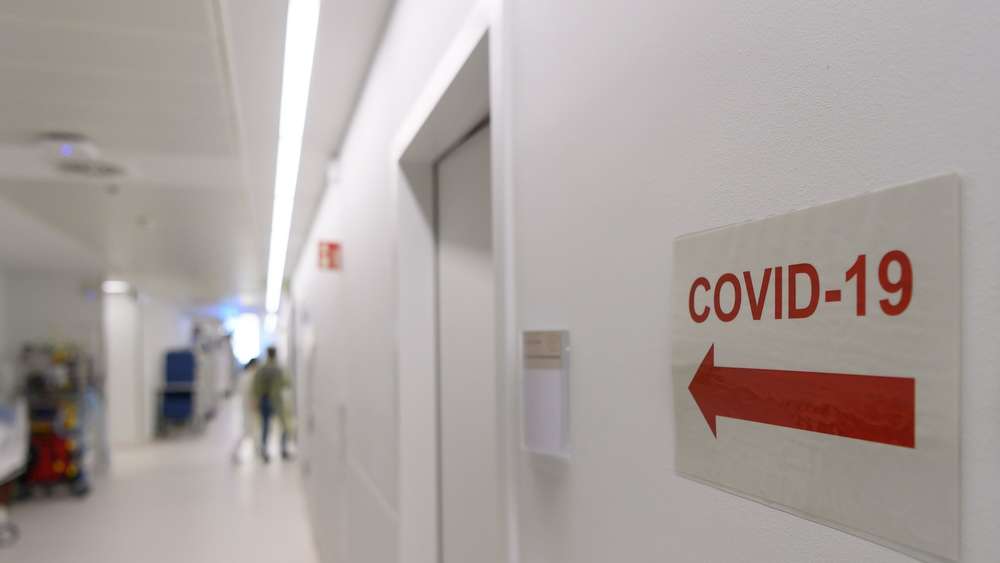 A large-scale study shows that Corona patients suffer more frequently from other diseases months after the infection. The symptoms are different, but certain patterns can be seen.

“I think that’s completely unproblematic,” says infectiologist Leif Erik Sander from the Berlin Charité. There are even studies that come to the conclusion that the combination of different vaccines is immunologically beneficial. “You should just take what is there.” According to the studies, the possible side effects of a booster vaccination are similar to those that can occur after the first two injections.

Why do so many in Germany choose Biontech?

This is also due to the fact that the vaccine was developed here and has a particularly good image thanks to the many reports on the success story of the Biontech founders Özlem Türeci and Ugur Sahin. The Mainz couple was honored with the Federal Cross of Merit by Federal President Frank-Walter Steinmeier for the development of their vaccine. In addition, the German corona vaccination campaign also relies primarily on Biontech. The vaccine is far ahead in terms of the agreed delivery quantities: This year, according to an overview by the Ministry of Health, there are well over 100 million doses. About half as much was ordered from Moderna.

What is actually meant by declining vaccination protection?

Sahin explained this again in more detail in “Bild am Sonntag”: From the fourth month onwards, protection “against a Covid 19 disease of any degree” begins to decrease. From the sixth month onwards it drops significantly. According to him, the vaccination continues to protect against serious illness: “Recently published data from our study show that the vaccination protection is still very high up to the ninth month, so that vaccinated people rarely develop serious illnesses and hospital treatment.” Dpa