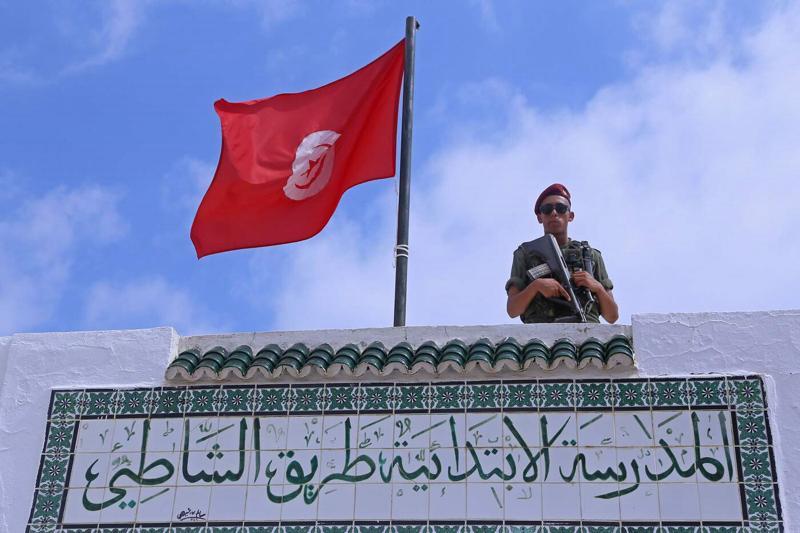 In Tunisia it is chaos and soon the effect of Sunday’s coup d’état could spill over to our coasts, fueling human traffickers.

The situation is doing skip the negotiations stipulated by the ministers Luciana Lamorgese and Luigi Di Maio with the government in August 2020. Shortly after the visit, the press announced the allocation of 11 million euros to Tunisia to “strengthen border control”. Tunisia is the country from which more migrants arrive: in 2021 4,532. But the overall boom of all landings is in 2021. 24,622 in 2021. In 2020 they were less than half: 9,773. In 2019 3,302.

“What is happening highlights that there is one strong push on the Tunisian route”, Said the mayor of Lampedusa Totò Martello, on the front line on the Sicilian island. “A push that must be evaluated with the utmost attention by the Italian government and the European institutions, before the situation can undergo sudden upsurge. In the last 24 hours (since 25 July, ed) in Lampedusa there have been 28 landings, the reception center on the island currently hosts 1,350 people but so far the rescue and initial reception operations are proceeding regularly. There was also a landing in Linosa where 20 people arrived ”.

“We are in a confused situation. Anything can happen. There could also be 10,000-15,000 landings in Italy in a short time, people are exhausted by the daily living conditions “, explains to the microphones of Affaritaliani.it Chokri from Tunisia: “I don’t hide from you that I know a lot of people who are thinking about it. I participated in the Spring in 2011 but today it seems like a distant memory. Covid and the management of the pandemic is killing everything “.

The Tunisian press speaks of at least 15,000 migrants ready to leave the coast, to land in the beautiful country. The picture was confirmed by the lawyer and MEP Annalisa Tadini of the Lega who asked for “swift action from the EU to prevent the explosion of a new wave of landings on our coasts”.

On Sunday night the forcing President Kais Saied, 63, secular conservative and constitutional law expert. Military vehicles and policemen surrounded the Parliament in Tunis, the headquarters of the state television and the main government buildings. Kais Saied closed parliament for a month, sacked Prime Minister Hichem Mechich, Defense Minister Brahim Berteji and Justice Minister Hasna Ben Slimane. He proclaimed himself Attorney General of the Republic, acquiring the power to arrest parliamentarians who have been stripped of immunity. Under the president’s provisions, Tunisian law enforcement agencies have closed the local headquarters of the Qatari-based Arab TV Al Jazeera. Kais Saied in the past also had theorized the reintroduction of the death penalty and the exclusion of homosexuals from the social life of the country.

“I have been patient and I have suffered with the Tunisian people”, said Saied on state TV, “whoever talks about a coup should read the Constitution or go back to the first year of elementary school”.

All the decisions announced by the Tunisian president, Kais Saied, are “null and void”, the Bureau of the Tunisian Parliament reacted in a note because “they go against the Constitution and even Article 80, which has been misinterpreted”. In the capital Tunis, hundreds of demonstrators gathered in front of Parliament shouting slogans against the Islamic party Ennahdha and Prime Minister Mechichi, with the crowd calling for “the dissolution of Parliament”. Protests were reported also in the cities of Gafsa, Kairouan, Monastir, Sousse and Tozeur. Clashes between supporters of the opposing factions they went wild in Sousse, in Monastir, in Kairouan. Several people were injured in the scuffles.

The real risk for us is a confusing picture in which traffickers would have their hands free.

In exchange for collaboration with the Tunisian government, Lamorgese and Di Maio had proposed economic agreements capable of financing Tunisia’s recovery, “By encouraging the development of economic realities, with the aim of giving hope to the future of young Tunisians”, Lamorgese stressed. Last Sunday, Foreign Minister Di Maio recalled that the main migratory flow of this summer arrives from Tunisia.

Jurists and NGOs denounced the “lack of transparency” on the agreements, both recent and past, starting with the one signed on 6 August 1998 by the then Italian Foreign Minister, Lamberto Dini, and the Tunisian ambassador in Rome.

The economic crisis due to Covid has increased unemployment which according to the Tunisian Institute of Statistics (INS) is at 15.1%. On July 26, the infected were 573,394 and the deaths 18,804, 204 more in 24 hours. Tourism-related revenue plummeted by 65% ​​in 2020 from the previous year. The crisis of the Arab Springs has clashed with Covid, sparking discontent.