Book Review | Timo Soini’s third memoirs are a collection of thanks – the wife, the media, super officer Jussi Tanner and Jutta Urpilainen, for whom Soini dreams of a president, receive praise 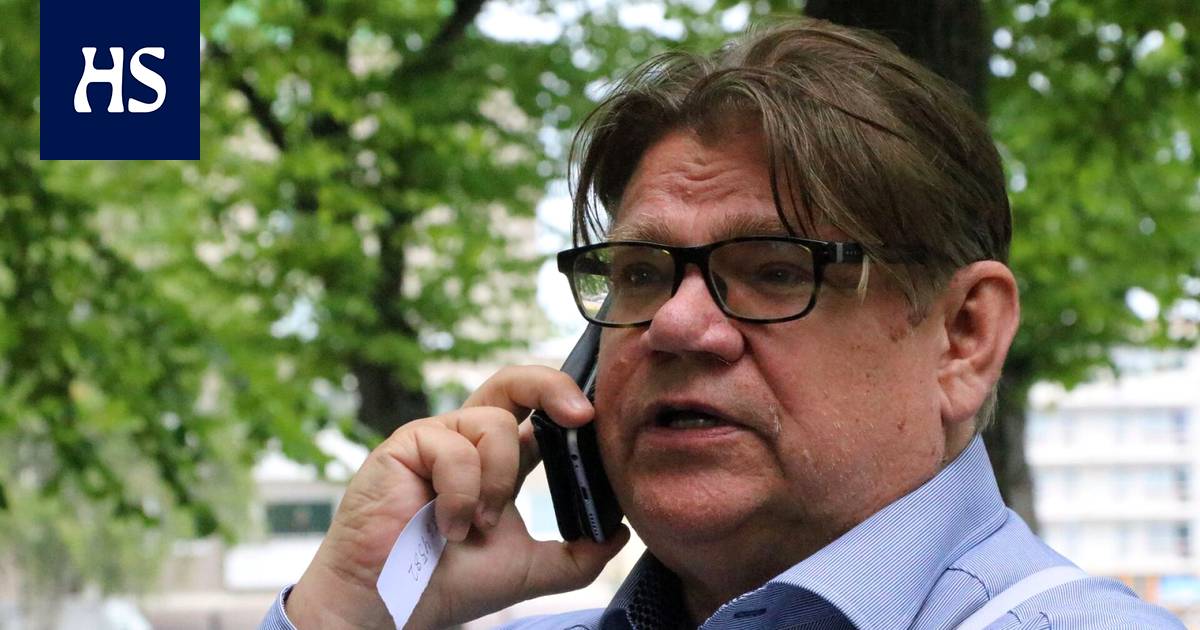 Timo Soini’s head is like a story house, but it is useless to look for news about his third memoir.

Master’s degree when he appeared in 2008, he was a small party leader whose career was on the rise. When announcing Basic boss in the spring of 2014, Soini was the leader of a large party who was marred to the government by the Demars, the Coalition and the Center.

Now the career is over and it is time to remember again.

Timo Soini’s head is like a story house and produces endless speech. At times, the flow of a word tires the reader, perhaps the text works better as an audiobook.

The name of the book A majority of one man Soini explains, “I’ve done things the way I want.”

Soini exaggerates. The powers of the borders met both in the ministry and in the party.

When Soini started as foreign minister in the spring of 2015, he was faced with a suspicious office. Soini says he felt plausible how he managed to gain the trust of his people. One way or another was said, and the minister did not have to be afraid.

Creative tension remained between the Minister and the officials throughout the term. In difficult moments, the office remained behind Soini.

“Not even the first stone thrower was found in the State Department,” Soini praises emotionally.

The work of the Minister and the section describing the State Department is the best in the book: a well-written exciting story. It is topical because of Afghanistan, as Soini talks about the operations that took place during his period, which rescued Finns who were in danger around the world.

Soini gives the rescuers a face. Official Secretary to the Minister Jussi Tanner grows to almost mythical proportions. “Here was a man who loves solving problems like kidnappings and other heavy things.”

Soini had, too clear line. Together with Minister of Defense Jussi Niinistö, he connected Finland even more closely to the west. “We went as far as we could in the field of cooperation,” Soini praises.

Westernization, however, was not good for its own. At the 2017 Basic Party Conference, the “majority of one man” remained in the minority.

Chosen as successor Jussi Halla-aho and not Soini’s favorite Sampo Terhoa. Jussi Niinistö was also removed from the party leadership and elected to replace him Laura Huhtasaari.

“Had the majority of the party meeting gone crazy,” Soini describes the feelings after Niinistö’s defeat.

For a few days they stood empty. A foreign minister who was demanded to resign immediately by the chairman of his own party, and a minister of defense who had been thrown away by his own party.

Downtown, Coalition and twenty MPs who resigned from basic Finns rescued Soini and Niinistö. They were allowed to continue until the end of their term. The election ended the political careers of both.

Still, Soini is pleased and grateful to her parents, family, wife and children, friends, helpers, Vennamo, basic Finns, blues and the Catholic Church. Not to mention the media, which he praises so that the journalist reader just blushes.

Even the party hijacking is being investigated moderately, even though it slipped into Halla-aho’s wrong hands, Soini’s life’s work, a thirty-year horrific contract.

“I hope Jutta is running in the presidential election as early as 2024. Then there would be at least someone to vote for.”

Timo Soini himself wonders whether party friends from another country could arrange a seat for him in the European Parliament with a similar trick that the French right helped from the so-called long list. Ari Vatasen (kok) to continue as MEP.

So one more jam pole is missing. The term is a loanword from Soini’s mouth.