Book Review | The richly illustrated non-fiction book presents the royal castles of the North, where history was created and bulged with symbols of power 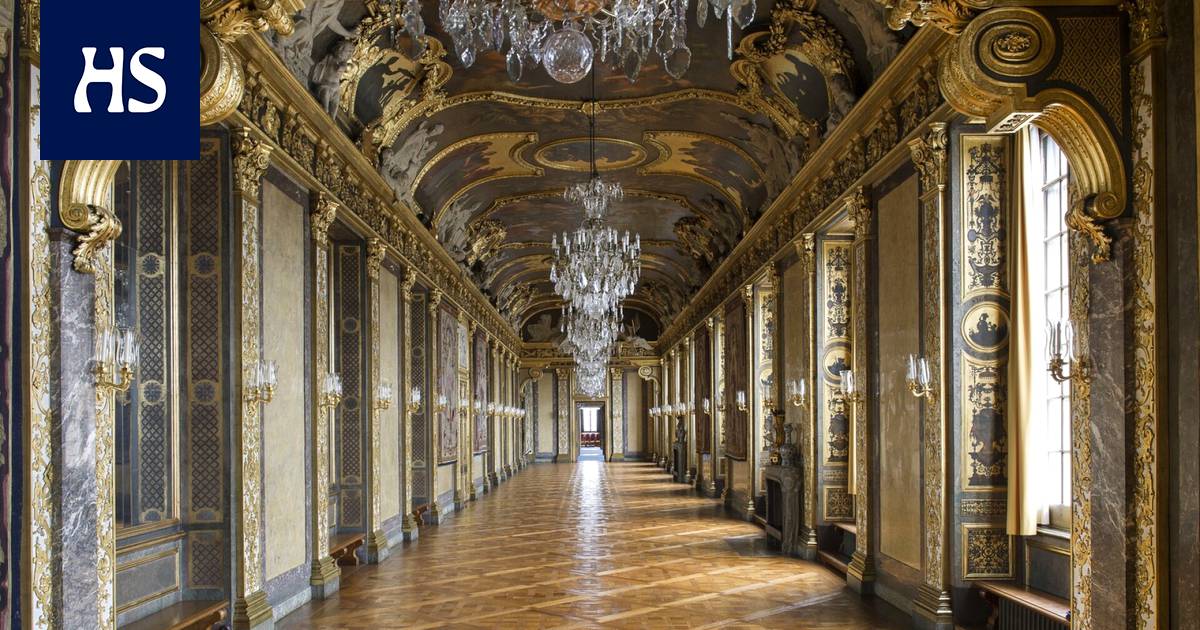 The crown heads of the North sought a model of Europe for their symbols of power, especially Versailles, the King of the Sun. The richly illustrated work opens the doors to the grandiose spaces of the three main castles in the North.

Swedish state owns a total of eleven royal castles. Docent, Doctor of Philosophy Virpi Harju presents in great detail the two main works, namely the Royal Palace of Stockholm and the castle of Drottningholm Stages of royal power, and Doctor of Philosophy Hanna Kemppi introduces you to the Amalienborg castle complex in Copenhagen.

The focus of the dignified work, compiled from expert articles, is on the history of the buildings, their rich symbolism and artistic significance.

Ovia An assistant professor of Finnish and Nordic history at the University of Helsinki opens to the royal worlds of the Nordic region Anu Lahtinen, which closely examines the emergence of the Nordic kingdoms and the developmental stages of the King who brought Norway under his rule Harald Beauty (850–933) and the first Nordic king to convert to Christianity, Denmark Harald of the Blue Tooth (ruled 958–986) at the time of the present representative monarchs.

Until the 19th century, Sweden and Denmark were more often enemies than allies, recalls Lahtinen, noting that many political alliances and transfers of state finances were made in the hope that war and economic competition would defeat the neighboring kingdom.

Hemorrhage has also produced a lot of art, the book is an example Wilhelm Marstrandin (1810–1873) A painting of King Kristian standing wounded on the deck of a ship. Marstrand’s painting dates from 1866, and Kristian’s serial number is IV.

Drottningholm Castle’s garden and park are based on precise geometric shapes and symmetry. Inspiration has been sought from Versailles. Picture: Raphael Stecksén / Kungl. Hovstaterna

Mixed An important example of the interior of Stockholm’s Royal Palace and Drottningholm in the municipality of Ekerö has been the Palace of Versailles in France. According to its model, representation spaces, for example, open as impressive long series of spaces. The square courtyard of the Royal Palace has been inspired by the Louvre.

King Gustav III’s The example of the extensive natural romantic park created during (1746–1792) came from England. The designer was a landscape architect Fredrik Magnus Piper (1746–1824).

The current royal couple has lived in the south rooms of Drottningholm Palace since 1981.

Of course, they also use the premises of the Royal Palace in Stockholm. There are enough of them: the castle has a total of 609 rooms. The private side is private, and Harju presents the premises used for representation.

The representation premises of the Royal Palace include the Loviisa Ulriika Audience Room with its woven wallpaper. The throne dates from 1751. Picture: Alexis Daflos / Kungl. Hovstaterna

The castle church and the state hall form an integral whole, where exhibitions are held occasionally. In 2020, the display was well-known Märta Måås-Fjetterström carpet exhibition and the popular “flower princess” Margareta, or Daisya (1882-1920), is currently being introduced.

The Colonnade, the Bernadotte Gallery with its royal portraits, the Loviisa Ulriikka Audience Hall and the Consular Hall, the sizable symbolic show of power, are all calm.

Harju describes the gallery of Charles XI as the most magnificent room in the castle, modeled on the famous Mirror Hall in Versailles.

See also  Figure skating Jenni Saarinen's skating lacked the best blade on the European Championship ice: "I could have had more rage in the program"

The baroque staircase in Drottningholm Castle is full of size and sight.

Drottningholm’s eye-catchers, on the other hand, are a giant staircase high across the building and a queen interested in culture. Loviisa Ulriikan (1720–1782) library tinted on the white-gold axis.

The portrait of Gustav III, important to Finnish culture, was painted by Lorens Pasch Jr. (1783).

The book in red the thread is to show how the key features of old European palace culture are also visible in the North: castles have significant art, the interiors are glorious and artefacts from ancient times.

Just retired CEO from the National Gallery Risto Ruohonen At the unveiling of the book, he emphasized the old cultural connection between Sweden and Finland and reminded us that the history of our visual arts is more than inherited from the times of autonomy. Especially King Gustav III’s role in enriching Finland’s pictorial heritage was crucial, Ruohonen states in the preface to the book.

The time of royal and Swedish rule now seems to be on the surface. The book is a kind of dialogue with an exhibition on display in Turku during the autumn Royal Salute with compiled from the Nationalmuseum’s extensive collections.

Gustav III founded e.g. The inspector of the Vaasa Court of Appeal, whose seal is probably inspired by the Hercules Fountain in Drottningholm Park.

See also  Book Review | In the hope of getting rich, a Finnish family goes as a migrant in a novel that shows the importance of the country of birth in migration

The Swedish National Museum was founded in 1792 to commemorate the deceased Gustav III and to implement his Enlightenment ideology. The collections owned by the king were then transferred to public ownership.

One of the pictures in Harju’s article is a picture of Kustaa’s parade bedroom, where he died from injuries he suffered as a result of bullets shot in the opera. However, the death bed is no longer displayed in the room.

Amalienborg Castle in Copenhagen also features contemporary art. The subject of Morten Scheldt’s mural is the third Galathea expedition in Denmark (2006-2007). It focused on the study of climate change and meteorological phenomena.

Castles and Palaces and power has also inspired medals in the North. Docent, Doctor of Philosophy Tuukka Talvio closely opens the history of medal art during the Renaissance in Italy, as a new kind of portrait art. In the Nordic countries, Sweden has played a leading role in promoting medal art, and examples have been sought not only of Roman money but also of Versailles in France, here too.

The crown jewels, or regals, are preserved in the treasure chamber of the Royal Castle. Picture: Alexis Daflos / Kungl. Hovstaterna

Stages of royal power has a dose that feels like an official and slightly stiff anniversary book, but it provides a wealth of accurate factual information and allows for a visual stay in the lush rooms that few have come to see on site – as well as a quick rewind to our centuries-old history.

Miras asks, in his New Year's message, that the Mar Menor be an "example of hope and everyone's involvement"

Vucic asked Putin for the lowest gas price for Serbia

Diego Carlos-Koundé, the most efficient bolt in all of Europe