Bones of Sonja Engelbrecht, who has been missing since 1995, found

After more than a quarter of a century, the fate of a young woman could still be cleared up: In a forest in Upper Bavaria, a bone of the woman from Munich, who had been missing since 1995, was found.

Munich / Kipfenberg – Sonja Engelbrecht disappeared without a trace in Munich 26 years ago – now there is movement in the case.

A forest worker has found a thigh bone in a forest near Kipfenberg in the Upper Bavarian district of Eichstätt – investigators have now found out that it came from the missing Engelbrecht, said a spokesman for the Munich police headquarters.

On Tuesday around 100 riot police searched the forest about 100 kilometers north of Munich for further remains of the woman. They also had search dogs with them. According to a police spokesman, they found no further evidence until Tuesday evening. The search should continue in the coming days.

A young woman goes jogging in Laval, France and does not return. 200 security forces were mobilized for the search. With success: Now the 17-year-old has been found alive.

Killed man found in apartment: Kripo is looking for perpetrators

After a man was found dead in his Munich apartment, the criminal police assume a violent crime. According to Monday, the 49-year-old’s daughter went to the police on Friday because she had not seen her father for a few weeks, could not be reached by phone and no one opened the door when she rang the doorbell. Firefighters then used a turntable ladder to gain access to the apartment in an apartment building in the Neuhausen district on Friday afternoon and found the man’s body.

Killed man found in apartment: Kripo is looking for perpetrators 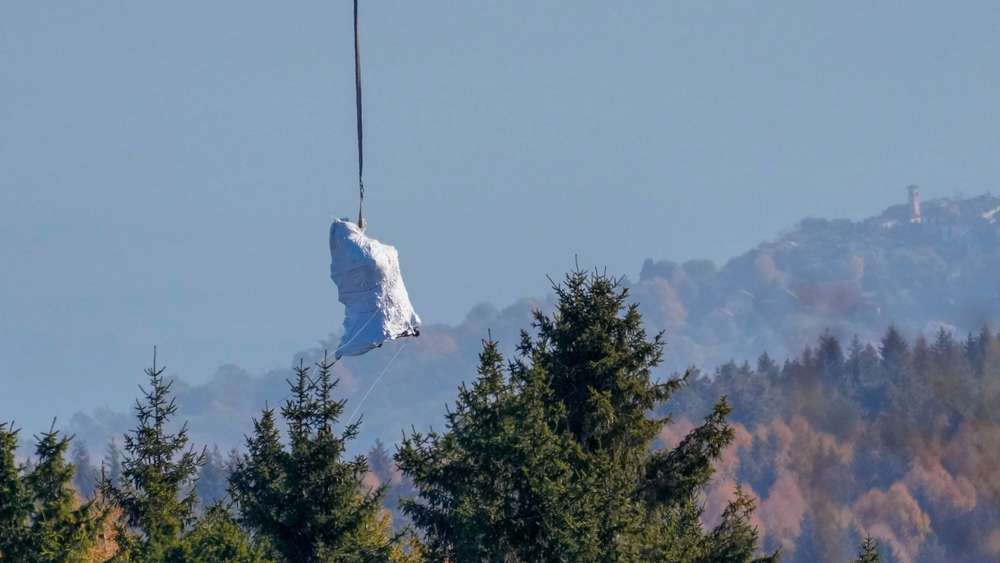 Helicopter flies down the cable car gondola into the valley

On Pentecost Sunday (May 23), the cabin in Italy fell into the depths because the pulling rope broke shortly before the mountain station. Now it is being investigated further.

Helicopter flies down the cable car gondola into the valley

No statement can currently be made about the cause of death, said the police spokesman. One suspects, however, that Engelbrecht fell victim to a violent crime.

According to the spokesman, the forest worker found the thigh bone as early as the summer of 2020. Because the technical possibilities for typing DNA material were constantly developing, the body part could finally be assigned to Sonja Engelbrecht, who has been missing for 26 years.

In April 1995 the then 19-year-old college student disappeared. According to the police, Engelbrecht’s partner at the time last saw her alive at the Munich tram stop at Stiglmaierplatz. Thereafter there was speculation that the young woman might have been kidnapped and killed or sold to human traffickers. The missing person case was not cleared up at the time. “Bild” initially reported on the bones found near Kipfenberg. dpa

Guedes: it is better to increase social spending a little than strictly respect the ceiling - ISTOÉ MONEY

Twitch: Valkyrae launches its own line of facial products amid controversy

Indiscreet: Berlusconi returns to Rome because he wants the Quirinale at all costs