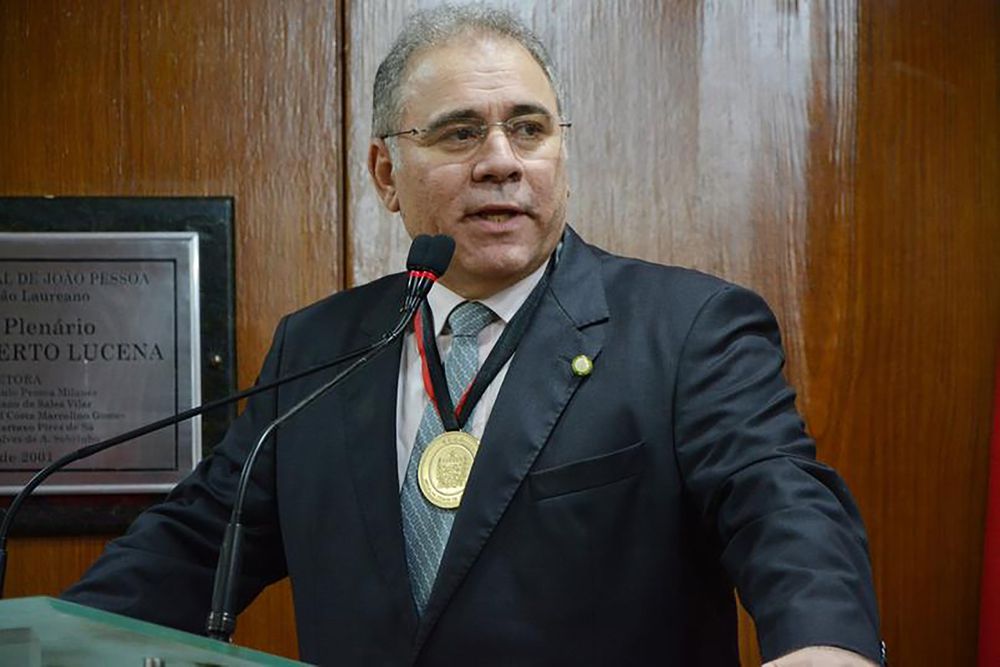 The president of Brazil, Jair Bolsonaro, has changed the Minister of Health on Monday at the worst moment of the pandemic in the country, after a week in which he has added 12,000 deaths. He is the third replacement, and the fourth minister, at the head of the portfolio since the pandemic began a year ago. A doctor, Marcelo Queiroga, replaces General Eduardo Pazuello, who has never upset the president, but who he has wanted to get rid of in view of the accelerated accumulation of deaths after the sharp increase in infections. Hospitals in much of the country are saturated or on edge. Queiroga was until now the president of the Brazilian Association of Cardiology.

Unlike what happens in the rest of the world, the pandemic worsens in Brazil with a sharp increase in infections and deaths. With the 1,057 counted in the last 24 hours, there are almost 280,000 Brazilians killed by coronavirus. And this Monday more than 36,000 new cases have been added, bringing the total to over 11.5 million. The Brazilian variant of the covid – more contagious and more attacking to young people than the original strain – coupled with President Bolsonaro’s denialist discourse is causing serious havoc.

Bolsonaro dismissed Henrique Mandetta, an orthopedic doctor and former deputy, in the first month of the pandemic because he insisted on the need to apply restrictions to curb infections and the president considered – and continues to consider – that quarantines and confinements will destroy the economy. The second minister, oncologist Nelson Teich, lasted a month in office. He left the Government in the face of presidential pressure to include medicines without scientific endorsement in the treatment of the coronavirus. General Pazuello, who was presented as a logistics expert, is now sacrificed as a scapegoat because vaccination is proceeding at a slow pace due to the lack of doses due to incompetence or laziness in the complex negotiations to close contracts with pharmaceutical companies.

Bolsonaro confirmed this Monday night the appointment, which comes after the strong pressure he has received from his political allies in Congress in favor of an immediate replacement, pressures that came to light on Sunday. One of the doctors interviewed to lead the ministry has denounced strong pressure and even threats for her fierce defense of science.

The task of the cardiologist Queiroga is to accelerate the vaccination process, essential to stop a pandemic out of control in almost all of the Brazilian territory. It is imperative that new cases decrease to alleviate ICUs in hospitals, because the risk of a generalized collapse in the public and private network worries local authorities. Mass immunization is also considered essential to accelerate economic recovery. For now, 2.2% of the population has received both doses and 6% the first. At the moment, Brazil depends on the importation of vaccines but has just started manufacturing in its territory with imported supplies.

President Bolsonaro from the outset despises the severity of the pandemic and has largely left the management of the health crisis in the hands of governors and mayors, whose efforts to contain the disease he has often sabotaged. For now, he has turned his back on the governors’ demand to coordinate a national policy. More than half of the states have adopted some type of restriction in recent days.

The military man Pazuello has never hidden that he is a man who carries out orders without arguing. He has been an advocate for chloroquine and the oxygen crisis in Manaus hospitals has already pilloried him because he himself had been repeatedly warned that supplies were running low.

Unicaja visit Barça with the memory of the Cup in mind

Cristina Kirchner will pay Income Tax for her retirement and pension