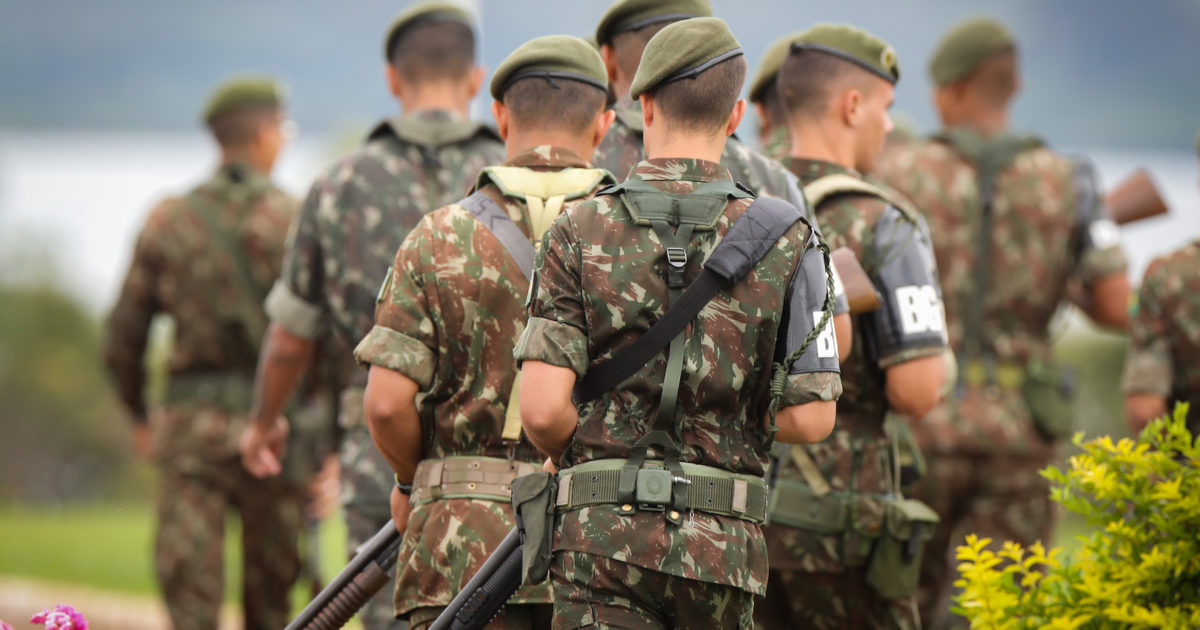 President Jair Bolsonaro issued a GLO (Guarantee of Law and Order) decree that authorizes the use of the Armed Forces in the repression of environmental crimes in the Amazon. The performance period runs from 28 June to 31 August.

The decree was published in an extra edition of this Monday (28.Jun.2021) of the Official Diary of the Union. here’s the whole (70 KB).

The renewal of military operations in the Amazon had already been announced by Vice President Hamilton Mourão at the beginning of the month. According to Mourão, who presides over the National Council of the Amazon, the cost of the operation will be R$ 50 million.

The rule establishes that the actions of the military will be carried out exclusively in areas owned or owned by the Union, such as indigenous lands, federal preservation areas and federal properties. Actions in other locations can only be carried out if requested by the respective state governor to the President of the Republic.

Since 2019, two Armed Forces operations have been authorized in the Amazon, called Verde Brasil 1 and 2. The most recent of them ended in April.

This time, the Armed Forces should only act in specific municipalities with a more problematic situation.

In another decree, the President of the Republic again suspended controlled burning in agricultural areas for the next 120 days. The measure is similar to that adopted in recent years to try to reduce environmental fires.

According to the Ministry of the Environment, recent data from the Inpe Data Platform (National Institute for Space Research) point to a large number of burning outbreaks in the 1st half of this year, not only in the Amazon, but also in other biomes, such as the Pantanal . Historically, the paste reinforces, the highest incidence of burning outbreaks in these regions occurs between the months of July and October.

According to the government, the decree for the suspension of burning does not apply in some cases, such as in subsistence agricultural practices carried out by traditional and indigenous populations; in the prevention and firefighting practices carried out or supervised by public institutions responsible for preventing and fighting forest fires in Brazil; in scientific research activities carried out by ICT (Scientific, Technological and Innovation Institution), as long as authorized by the competent environmental agency; in phytosanitary control, as long as authorized by the competent environmental agency, and in controlled burnings in areas outside the Legal Amazon and in the Pantanal, when essential for carrying out agricultural practices, provided they are previously authorized by the state environmental agency.