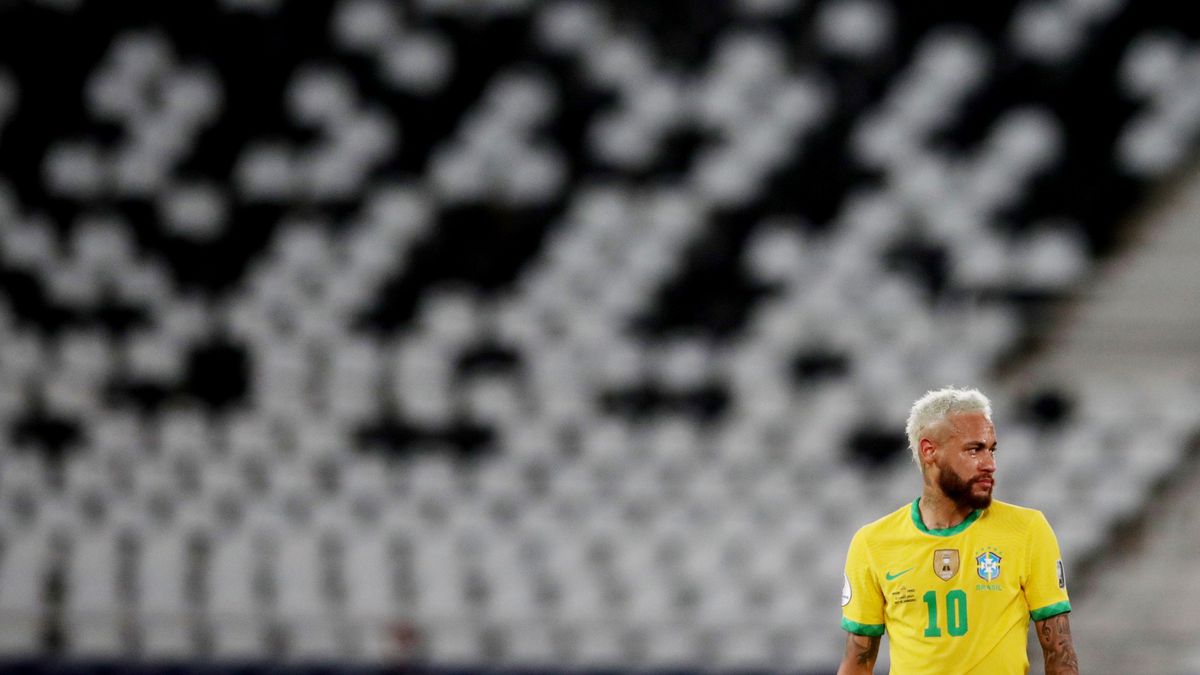 There has never been a Copa América like the one taking place in Brazil. In the first place, there is the covid-19 pandemic, which prevents public attendance at stadiums, discourages the influx of public to bars and makes the tournament develop under criticism. And it is not in vain: Jair Bolsonaro’s defense for the competition to be held on Brazilian soil, after the rejection of Colombia and Argentina, occurred in the face of an escalation of cases and close to the country registering half a million deaths.

There are other factors that contribute to the unique character of the competition. The change of station that owns the transmission rights ―from the powerful and traditional Globo to SBT―, the change of venues at the last minute and the competition with national club tournaments are some of them that, if they do not indicate a drop in interest for the Brazilian team, they show a less popular America Cup than the previous one, in 2019, also organized in Brazil. The lack of enthusiasm occurs despite the fact that Tite’s team is shaping up to be a huge favorite. If Bolsonaro wanted a tournament to show off as a political asset, or at least a mass distraction event, that has not happened so far.

As no comparisons can be made between stadium audiences, figures from the Brazilian Institute of Public Opinion and Statistics (Ibope) show that more people saw the premiere of Brazil at the Copa América 2019 than the opening of the 2021 edition. According to Ibope data, the national team’s 3-0 victory against Bolivia in Morumbi, on a Friday night in 2019, averaged 32.9 points on TV Globo in São Paulo, which is equivalent to more than 6, 5 million viewers. In 2021, Brazil’s victory by the same score against Venezuela on a Sunday night averaged 14 points (about 2.8 million people) on SBT in São Paulo, with a maximum of 15.6 points. In the largest city in the country, the national team’s match lagged behind TV Globo, which reached an average of 16 points when it showed the program at the same time. Domingão do Faustão without its main presenter.

The change in station explains, in part, the lower audience for the Copa América in 2021. As Globo terminated the Copa Libertadores contract with Conmebol in 2020, the South American entity prioritized SBT when it came to selling its rights. With the debut of Brazil, Silvio Santos TV had its audience record with soccer broadcasts in São Paulo in the year, which previously was 10 points in Ibope with the match between Palmeiras and Independiente Del Valle, in Libertadores. He is still a long way from the 2019 Copa América, when the record was 43.3 points in Brazil’s semi-final against Argentina.

The choice of host cities also represents another significant change from 2019 to 2021. Two years ago, Conmebol chose to hold the competition in Porto Alegre, São Paulo, Belo Horizonte, Rio de Janeiro and Salvador, locations more closely linked to traditional teams. of Brazilian football than Goiânia, Brasilia and Cuiabá, the venues for 2021. This is because the competition was relocated to Brazil two weeks before its start and, in addition to being vetoed by the governors of some states due to covid-19, I needed to find stadiums that were not being used so much by the main national tournaments, which are held simultaneously with the national team’s matches. The competition also helps explain the low ratings: at the same time that Brazil was preparing to debut in Brasilia, fans also had the option of watching Atlético Mineiro against São Paulo on the Globo channel, for the Brazilian championship.

Sanitary restrictions also prevent the success of the Copa América from being measured by the number of people in bars and restaurants during matches. “We haven’t felt any impact around here so far. We have not heard of any meeting, there are no expectations and I think it is difficult for it to take place in the current situation, because it is not an appropriate time for crowds, “said Percival Maricato, president of the São Paulo state council of the Brazilian Association of Bars and Restaurants (ABRASEL). “The fact that São Paulo is not a host city reduces influence even more, there is no way to compare it with that of 2019. And I don’t see the enthusiasm growing around here,” he concludes.

At least so far, the excitement cited by Maricato has not been seen even at headquarters. In the hours before Brazil’s game against Peru, the surroundings of the Nilton Santos stadium did not present crowds of fans, even when the bus arrived with the Brazilian delegation. Without an audience, the food stalls in the square in front of the stadium remained closed until the press left the stadium, as well as rare shirts of the Brazilian team in the bars around the venue in the hours before the game.

On the other hand, a good platform to measure the enthusiasm of Brazilians for the tournament is social media. During the debut, the names of the scorers, Marquinhos, Neymar and Gabigol, were among the most commented topics on Twitter, which shows a certain commitment of users to the Brazilian party. While Alex Sandro, the author of the Brazilian goal up to that moment, was the eleventh most talked about topic in Brazil, the players who were simultaneously playing matches of the Brazilian championship, such as Paulo Victor, from Gremio, and Marinho, from Santos, led the metrics. of the social network. In the end, after 4-0, Neymar, Firmino and Everton Ribeiro were among the 10 best Brazilian affairs, according to Twitter. The Copa América does not dazzle in its most unusual year.