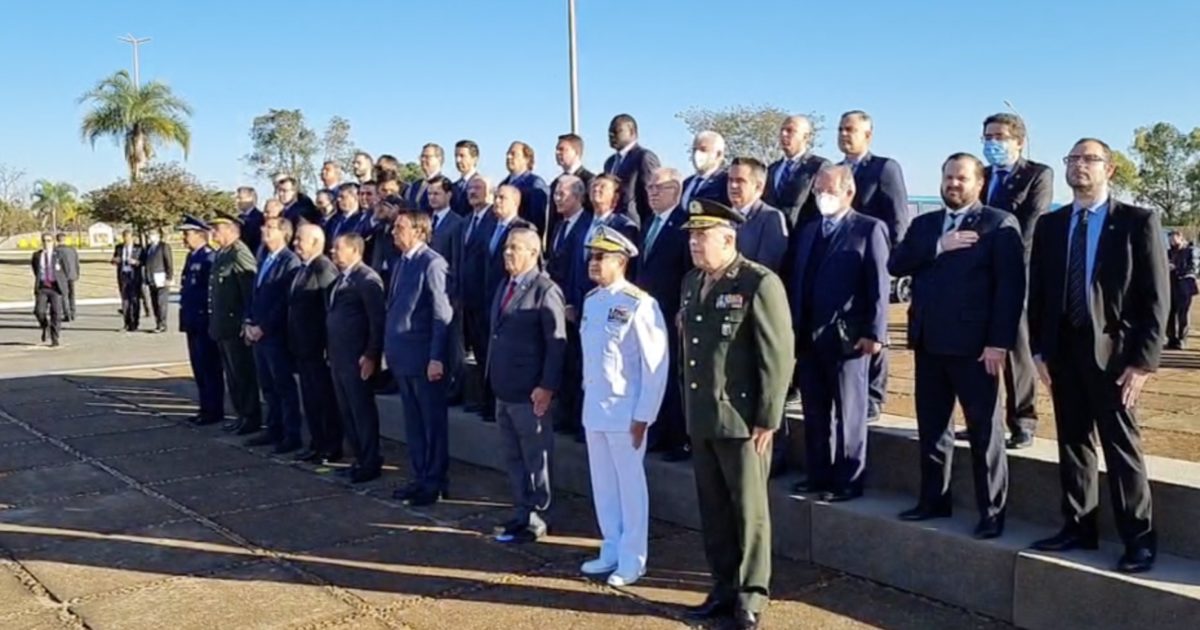 President Jair Bolsonaro, vice president Hamilton Mourão and ministers participated in the morning of this Tuesday (6.Jul.2021) in the ceremony for raising the National Flag at Palácio da Alvorada. The Chief Executive and the other members of the government then met at the official residence. The appointment was not included in Bolsonaro’s official agenda.

Mourão is part of the Government Council, which is made up of ministers and presidents of public banks. The last meeting of the Council was held on November 19 of last year. Bolsonaro has opted to hold ministerial meetings without the vice president, as well as smaller meetings with ministers to discuss specific issues.

Secom (Special Secretariat for Social Communication) did not provide details about the meeting this Tuesday. In addition to ministers, other government officials and allies of the president also participated in the flag-raising ceremony. Read the list of participants: