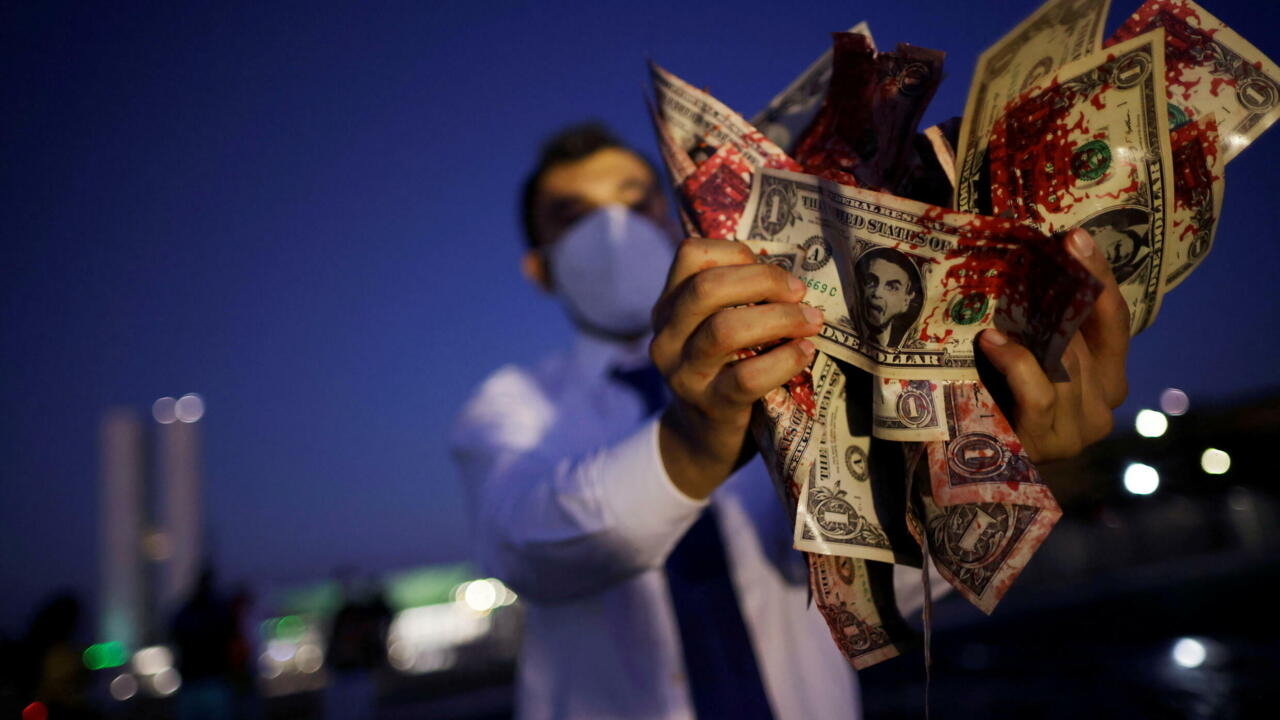 The far-right government is reeling amid growing accusations of corruption, mismanagement during the coronavirus pandemic and the most recent scandal over possible cost overruns in the purchase of the Covaxin vaccine. The president faces a request for ‘impeachment’, led by 11 political parties and dozens of civil society organizations.

There are 123 requests for ‘impeachment’ faced by Brazilian President Jair Bolsonaro. This after a coalition of 11 political parties, supported by dozens of civil organizations and unions, presented on June 29 all these demands united in a single document, before the Chamber of Deputies of the country.

The president is accused of 23 crimes for which he could be dismissed, many related to his management of the Covid-19 pandemic. And it is that for its guidelines in the health emergency there is even a Senate department: the Parliamentary Investigation Commission of Brazil (CPI), which is dedicated to investigating them.

Among the investigations is the case of a contract for the import of 20 million doses of the Covaxin vaccine, from the Indian pharmaceutical company Bharat Biotech. The agreement, temporarily suspended last Tuesday, June 29 amid irregularities, stipulated the acquisition of these doses at a price of 320 million dollars, which would mean an increase of up to 1,000% of the real price.

In this case, Ricardo Miranda, head of imports at the Ministry of Health, assured the ICC earlier this year that he had faced “atypical pressure” to authorize and accelerate the purchase of the doses and indicated that an advance payment of 45 million dollars to a Singapore-based company that was not listed in the contract.

But the heart of the matter, which points directly to Bolsonaro, is the fact that Ricardo Miranda’s brother, the pro-government deputy Luis Miranda, affirmed that days after the signing of the contract he had personally communicated to the president about the inconsistencies of the agreement and said that the president would have admitted that it was something “serious”.

Bolsonaro rejects any culpability in the Covaxin negotiations

Both Bharat Biotech and Bolsonaro have denied acting illegally. The president assured days ago that he was unaware of the development of the vaccine negotiations, “I have no way of knowing what is happening in the ministries,” he assured the press. But the accusations against him, within his own government, have inflamed the ire of his critics.

It is no longer just the opposition that is enraged by the extreme right-wing leader’s constant comments, minimizing the impact of the pandemic. Polls reflect the wear and tear of his mandate. A survey by the IPEC Institute indicates that the leader would have lost a third of his voters in 2018 and points out that he only has a 23% voting intention for his re-election, when in 2018 he was elected with 55% of the votes.

This happens when the pandemic has already left more than 515,000 deaths and 18.5 million infections in the country and while the ICC is advancing multiple investigations due to delays in the purchase of vaccines or the purchase – promoted by Bolsonaro – with large sums of money public to acquire drugs whose effectiveness against the coronavirus has not been proven, as is the case of chloroquine.

As if that were not enough, to all this is added the dismissal of the logistics director of the Ministry of Health, Roberto Ferreira Dias. The official’s departure was announced this Wednesday, although it was carried out on Tuesday, after the newspaper ‘Folha de Sao Paulo’ reported that Dias had allegedly asked a vaccine supplier to increase the prices of each dose by one dollar, for an order of 400 million doses from the pharmaceutical AstraZeneca.

The Brazilian newspaper quoted businessman Luiz Paulo Dominguetti, owner of the Davati Medical Supply company, who claimed to have offered Dias to purchase the vaccines and revealed that the official had told him that the Ministry of Health would only buy the doses if the company accepted. increase prices, for which he claimed to have rejected the proposal. For his part, an AstraZeneca official assured the Associated Press news agency that he had no link with Davati Medical Supply.

The future of the impeachment against Bolsonaro, in the hands of his allies

In the midst of the growing number of accusations to the Bolsonaro Administration, there are 11 parties of the left and of the center that are promoting the “super petition” for impeachment. Among the main promoters is the Workers’ Party, of former president Luiz Inácio ‘Lula’ da Silva, who according to IPEC is emerging as Bolsonaro’s main contender in an eventual first round of 2022.

But the coalition is also joined by right-wing legislators who were once its allies, such as MPs Alexandre Frota, from the Brazilian Social Democracy Party; and Joice Hasselmann, from the Social Liberal Party and former head of the ruling group in the Chamber until 2019. “I was the leader of that ogre, that monster, the worst president the country has ever had,” Hasselmann said after signing the document.

However, and despite the growing discontent against the Executive, this Wednesday the vice president of the country, Hamilton Mourão, minimized the viability of the impeachment. “There is no room for a request for impeachment to succeed. We are a year or so away from the elections. We are going to let the process continue and get to October next year to see what happens,” he said.

For the claim to be processed, it must pass the filter of the head of the Chamber of Deputies, Arthur Lira, a traditional ally of the president and who has so far rejected all requests for impeachment against him. However, the discontent is not only in Parliament. A little over a year before the elections, the protests continue to take over the Brazilian streets and this weekend they will continue with the most recent call to march against Bolsonaro.