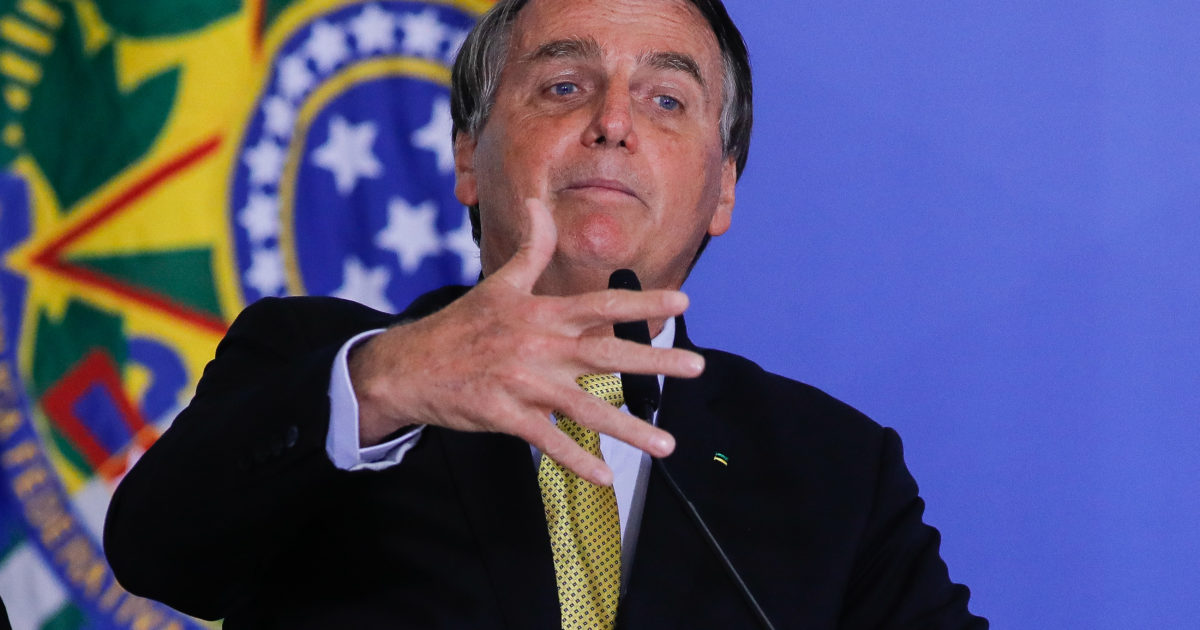 President Jair Bolsonaro said he will not respond to the letter of “bandits” and “thieves” from Covid’s CPI and who did not buy Covaxin. He stated that he took action when he was alerted of the irregularities by the deputy Luis Miranda (DEM-DF).

The statements were made in a quick interview to Gaucho radio. The president was irritated with the journalist. In the audio, you can hear supporters screaming “junk journalism“. Listen:

EXCLUSIVE. Here’s the audio of my brief exclusive interview with the president @jairbolsonaro that I did here in Bento Gonçalves. He answered about Covaxin’s complaints, about a meeting with @LuisMirandaUSA and on the letter from Covid’s Senate CPI. Listen up. https://t.co/nNn7bgqsnR

“Did we spend a penny on Covaxin? Did I spend a penny? Answer“, he spoke to the journalist. “In addition to the Ministry of Health filters, you have our compliance, you have the CGU [Controladoria-Geral da União] and there is the TCU [Tribunal de Contas da União], and there’s me at the end of the line that goes: only buy through Anvisa [Agência de Vigilância Sanitária]“, said.

Bolsonaro also made an account that simulates the irregularities mentioned in the Ministry of Health: “If you multiply 400 million doses times 150 doses times R$ 5, it gives R$ 300 billion. This is an absurd thing, my God in heaven. I signed an MP in December last year for R$ 20 billion to buy vaccine for everyone. R$300 billion doesn’t fit, it’s an absurd thing. Only serves Renan Calheiros, only serves Omar Aziz or Randolfe“he stated.

On Thursday’s live (8.Jul.2021), Bolsonaro had already talked about the 3 senators:

When asked about a possible meeting of deputy Luis Miranda with the president to deal with the case, Bolsonaro was irritated with the journalist and stated: “man, you will hear what I want to talk about“. “I have meetings with 100 people a month. The most varied subjects possible. I can’t just come up with something for me and have to take action right away. I took action in that case. Bought a shot?asked Bolsonaro.