Bolivia has had two fires for a week and more than 150,000 hectares burned 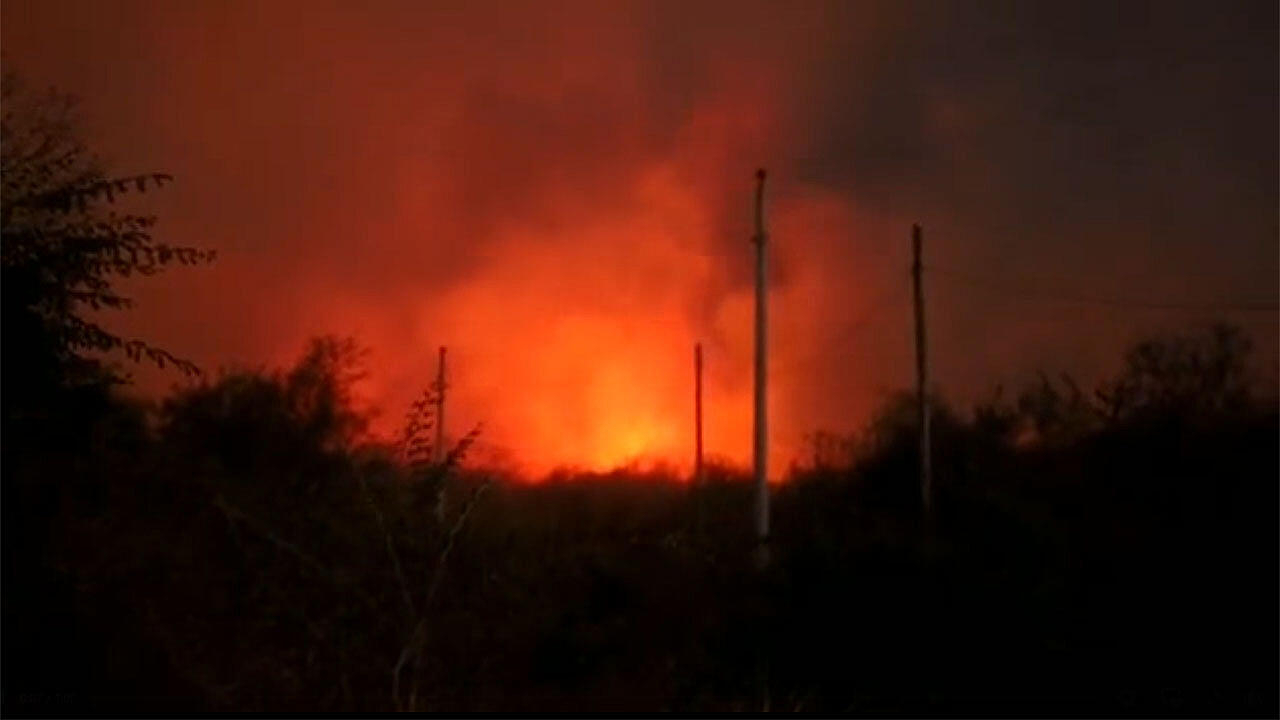 This was confirmed to the EFE agency by Julio Fuentes, coordinator of the Fire Management program of the Government of Santa Cruz, who added that the active fires are in the town of Roboré and another in San Matías, near the border with Brazil. The affected area is the same that suffered the most from forest fires in 2019.

Again under fire. This is an area of ​​southeast Bolivia since August 1, when the first forest fires were witnessed. And little by little, the tragedy has increased.

Julio Fuentes, coordinator of the Fire Management program of the Government of Santa Cruz, explained to the EFE agency that the greatest damage has been in the town of San Matías, which belongs to the department of Santa Cruz and is located a few kilometers from the border with Brazil. The department is also part of the Bolivian Amazon.

Fuentes points out that 100,000 hectares have been burned there alone and that local authorities have been trying to repel the fire with heavy machinery for a week. The Vice Ministry of Civil Defense indicated the same number affected after flying over the area.

And San Matías has not been the only place affected. The town of Roboré has also suffered under the flames. In addition to the two active fires in these municipalities, Fuentes adds that the Government of Santa Cruz detected 35 active sources of burning this Sunday.

All this has caused the burning of more than 150,000 hectares in an area of ​​high environmental value in Bolivia. And it is that the llamas are devouring part of the Chiquitanía, a transition region between the Chaco and the Amazon, which is also the most extensive and best preserved tropical dry forest in the world.

This was the same region hit by the 2019 fires that consumed more than 6.4 million hectares of vegetation across the country, according to the Bolivian Documentation and Information Center (CEDIB). Of these, two million corresponded to forest, shrub vegetation and grasslands.

One of the consequences of that time was that more than 2.3 million animals disappeared from protected areas that remain in the Chiquitanía forest, according to Sandra Quiroga, head of Environmental Engineering at the National Ecological University of Santa Cruz, to the AFP agency in 2019.

The fires already reach a protected area of ​​Chiquitanía

Although up to now the current conflagrations are not compared to those of two years ago, the alarms are set because the fire is advancing towards some nature reserves, as confirmed to the state channel ‘Bolivia TV’ by the Vice Minister of Civil Defense, Juan Carlos Calvimontes.

Although the official did not specify the name of the affected reserves, the international media Mongabay Latam recorded that it is the Valle de Tucabaca Municipal Wildlife Reserve, located within the Chiquitanía. According to the media, the fires are already within the protected area and are advancing towards the foothills of the mountains.

The forest fires once again generate panic among the communities surrounding the Valle de Tucabaca Municipal Wildlife Reserve, in Bolivian Chiquitania. Although the fire is controlled, there is a lack of logistics to fight the flames. ⬇️ https://t.co/l1XWiu6B01


Calvimontes only indicated that the authorities are creating a “firebreak” to prevent the fire from spreading, that they are using a Super Puma helicopter to carry out the necessary work at the site and that there are more than 200 people working to contain the flames.

For her part, Alejandra Sandóval, Secretary of Sustainable Development and Environment, explained in a video published by the Government of Santa Cruz, that the strategy they are working on is to create “defense lines to be able to make a backfire” since due to the “change of winds, (the fire) has crossed the road” that goes to the border with Brazil and that surrounds the protected area. The local media El Deber published a video showing how the flames consume part of the reserve.

The forest fire in the Tucabaca valley shows a front of more than 10 kilometers. The flames originating in El Naranjo enter the mountains and affect the Protected Area. pic.twitter.com/8wWsllnULU


As of Saturday, August 7, the Government had already decreed an orange alert across the department from wildfires. And it is that this region has been one of the hardest hit this season. Sources indicated, for example, that so far in August a thousand active sources of burning have been detected in Santa Cruz.

Although Deputy Minister Calvimontes reported that the heat sources are already decreasing. Proof of this is that 520 were registered on Saturday and this Sunday it was reduced to 496 heat sources.

Vice Minister Calvimontes reported this Sunday that they have already identified the owners and business associations of the estates where the fire supposedly started this week.

“We have absolutely identified the names of the properties, and of the owners or associations, because some companies are the ones that make up the business group where the fires have started,” Calvimontes said in his interview with the state channel.

He added that the legal team is already working to carry out the pertinent administrative processes and the Prosecutor’s Office must complement the investigation; but he did not give information on those presumed responsible for the fires that are currently raging in this region of Bolivia.

Covid, Draghi: “Ready to triple the Italian commitment, we will donate 45 million vaccines to poor countries by 2021”

Mohammed bin Rashid: We have approved 6 new projects within the Hatta development plan