Bolivia: child under 11 dies who was abused and infected with HIV 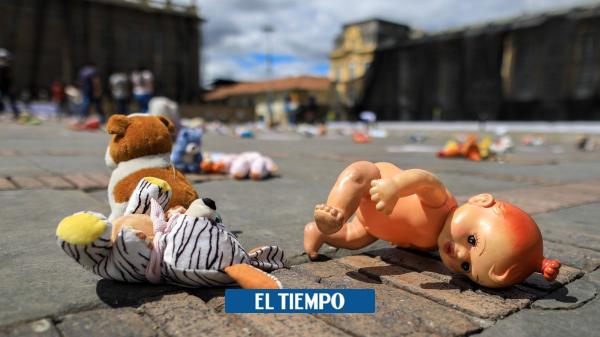 An 11-year-old boy who was abused by four men who infected him with HIV died this Saturday in a hospital in the Bolivian city of Santa Cruz, where he had entered intensive care a week ago.

The director of the Departmental Health Service (Headquarters) of Santa Cruz, Edwin Viruez, confirmed to local media the death of the minor, who had entered a coma the day before.

(Also read: Bolivia: accused of raping an 11-year-old boy and infecting him with HIV is lynched)

“The condition and health situation was very critical,” Viruez lamented and expressed his condolences to the minor’s family.

The commander of the Special Force to Fight Violence (FELCV) of Santa Cruz, Carlos Oporto, pointed out that the minor entered a coma and presented two cardiac arrests, “the doctors managed to revive him in the first, and in the second they did not resisted.”

Porto said that this case has the “aggravating circumstance of rape and now death” of the minor and that the authorities “already have the evidence” to “incorporate greater aggravating factors” for the sanction of this type of crime.

See also  USA: Chaos at Dallas airport over woman who fired shots into the air

(You may be interested: Mother denounces that Texas police murdered her 13-year-old son)

“We express our deepest sorrow for the departure of the little boy in Yapacaní. This tragic outcome cannot go unpunished, it is inconceivable to accept so much evil against an innocent child. To his family, all the support and our deepest condolences“Arce wrote on his social networks.

The case was only known until this past weekend after the minor’s mother asked for justice for her son, after suffering the constant violations of four men who were brothers and were his neighbors and who had threatened him.

Last year the minor was diagnosed with the disease and in this situation he himself recounted the harassment he suffered from the four men whom he identified.

(Also: No more all: Buenos Aires prohibits the use of inclusive language in schools)

We express our deepest sorrow for the departure of the little boy in Yapacaní. This tragic outcome cannot go unpunished, it is inconceivable to accept so much evil against an innocent child. To his family, all the support and our deepest condolences.

Two of the alleged aggressors are minors, 15 and 17 years old, and the other two are 23 and 28 years old. The latter passed away last year from HIV.

Last Wednesday, residents of the town of Yapacaní, where the boy was from, arrived enraged at the courthouse where one of the alleged 23-year-old abusers was, they overtook the police, took the man out and beat him.

The accused was rescued by the Police and sent to the Palmasola prison in Santa Cruz, the most conflictive in the country, with a preventive detention of 180 days while the investigations are carried out.

The other apprehended, who is a minor, was referred to a children’s court and will be detained at the Cenvicruz rehabilitation center, according to information from the Ministry of Justice.

While the third accused, also a minor, is a fugitive and they believe that he may be in Chile, for which the authorities will take the necessary steps to activate the migratory alerts.

Caught thief begs to be let go: ‘My dad is going to hit me’

The paradisiacal island that rewards visitors who leave without a trace

The Ford Focus Wagon Active is not the most modern in this segment. Is that bad?