Bolivarian Games 2022: Colombia does not let go of the leadership 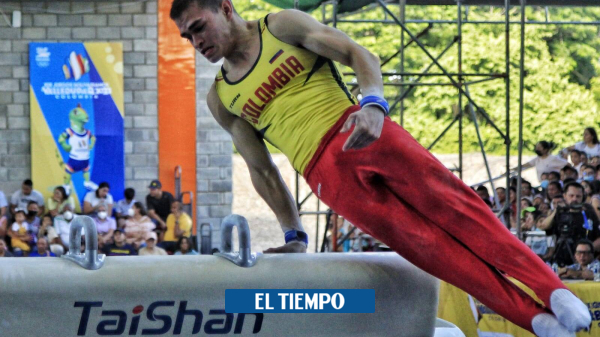 Colombia continues to lead the medal table of the Bolivarian Games of Valledupar with a loot of 27 gold, 23 silver and 16 bronze.

She is escorted by the delegation of Venezuelawhich is already far from first place, and has 16 gold, 10 silver and 19 bronze medals.

(Tour de France 2022: these will be the Colombian cyclists in action)
(Nairo Quintana leads the Arkea Samsic in the 2022 Tour de France)

Good job from the gym

The Colombians began the day with gold in karate, in the team kumite competition, leaving Ecuador in second place and Venezuela and Chile in third place.

The men’s épée team was second behind Venezuela, but won gold in women’s team saber.

The strong sports, up to now, for the local delegation have been gymnastics, which has provided six, speed skating, which has won five golds, judo and karate who have contributed four each.

Colombia expects track cycling competitions to start in Cali, on Thursday, and athletics and weightlifting, on Friday, sports in which the country is a power and will undoubtedly increase the difference between the countries that escort it in the medal table.

This Tuesday the Colombian athletes have several challenges and on the table there are 13 golds in dispute in fencing finals, judo, soccer, artistic gymnastics, 3×3 basketball, water polo and sports shooting.

Luis Díaz shoots himself among the most valuable in the world: he surpasses Messi