Bolgar: Sharjah Chess is the largest game center in the world 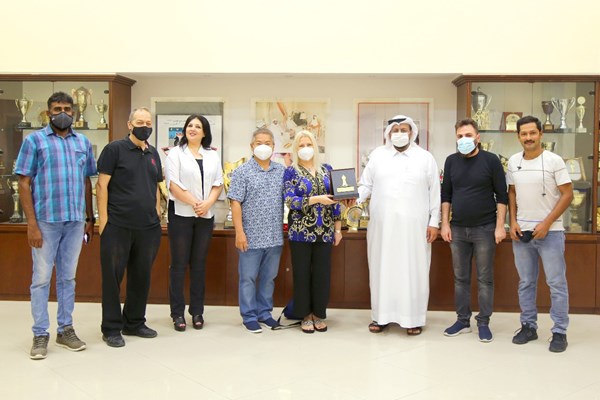 The great Hungarian professor and international trainer, Suzanne Bulgar, world chess champion, visited the Sharjah Cultural Chess Club, and during her visit toured the club’s various facilities, and met the great international professor Salem Abdul Rahman and a number of the club’s players and coaches.
After her visit, the world champion posted a tweet on her official account on the social networking site “Twitter” saying: “I visited the largest chess club in the world in Sharjah, which is an amazing and huge chess center. Thank you for the wonderful hospitality.”
The great international professor Suzanne Polgar is an American of Hungarian origin. She won the Women’s World Chess Championship from 1996 to 1999. Women’s Chess Olympiad. She also works as a trainer, writer and publisher of global chess. She sponsors many chess tournaments for young players. She is the president of the Susan Bulgar Institute for Chess Excellence “SPICE” at Webster University, and she worked as chair of the women’s committee at the International Chess Federation from 2008 until late 2008. 2018.

Coronavirus The epidemic seems to have slowed down due to restrictions - The vaccination schedule now looks bright, but summer will not bring relief to the disease unless infections are reduced

Putin, Cristina and Alberto’s bet for the elections