Board of Directors The government promises Kemi support measures, Minister Lintilä said closing the plant was a tough but long-awaited solution: “There are things we can’t do anything about” 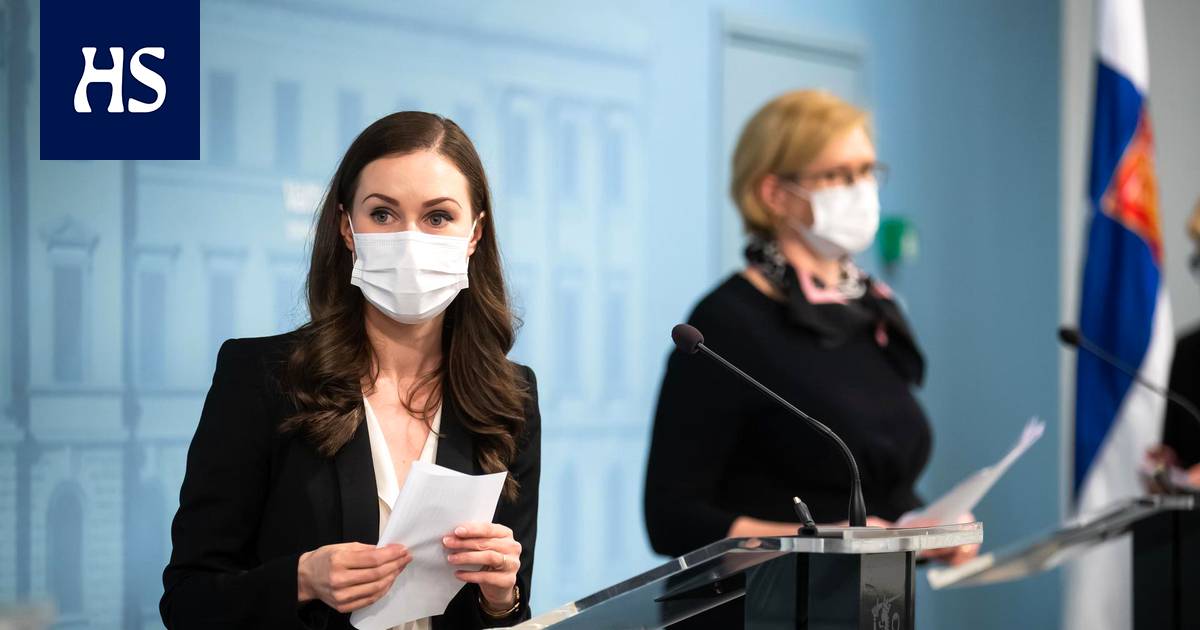 “This is a good reminder of the government’s mid-term quarrel that the competitiveness of industry must be maintained,” says Minister of Economic Affairs Mika Lintilä (center).

Stora Enso is closing Veitsiluoto pulp and paper mill in Kemi. The decision means more than 600 people will lose their jobs.

This is known to be the largest closure of a forest industry plant in Finland.

Marin described the plan as a “hard blow” to employees and Kemi.

“This is a very tough solution, of course, especially in the Kemi area, but also in Finland in general,” Lintilä tells HS.

“Somehow this was to be expected. Stora Enso announced a year ago that it was concentrating its operations. Their press release also states that the decline in the world market price of these papers has continued for a decade and has been accelerated by the Korona era. ”

Lintilä saysthat subsidies for sudden structural change are under the authority of Minister of Labor Tuula Haatainen. According to him, first of all, an analysis of the situation and an assessment of what measures can best strengthen the employment situation will be made.

“These are always evaluated on a case-by-case basis. The first step will be to review the situation between the city, the ely center and Stora Enso. I spoke with the country manager and understood that the company is fully prepared to help ensure that we can move forward as smoothly as possible. ”

Lintilä says that the actions are often related to education.

“In Kaipola, a new significant company suitable for that area has been applied for directly. They have done this work themselves. As far as I remember, EUR 8.4 million has been earmarked for regional development aid. In Naantali, I asked the liquidator to assess what kind of activities could come to the area. ”

The liquid the refinery operations ended in Naantali this spring. It took 230 jobs to complete.

Lintilä says that fortunately for Kemi, Metsä Group has just decided to build a three billion euro plant in the area. Due to Metsä Group, the state is investing EUR 150 million in the area.

“I think this is a good reminder of the mid-government quarrel that the competitiveness of the industry must be maintained. There are, of course, things we can do nothing about, as in this case, when the market drops from below. ”

Lintilä says that at least for the time being, it has not noticed that Stora Enso has blamed the state for closing the plant.

“In these situations, we have learned that it is very important how the situation is managed and that it is well coordinated with the city, the tea office, the ely center and the company.”

He says the government has already increased services and employment limits in the past, which will help when looking for redundancies.

Haatainen says the region may be eligible for support from the EU’s restructuring fund.

“I asked today that this matter be clarified. The focus must be on what new activities are brought to the area. The Veitsiluoto plant is well located. The port is close by and surrounded by an active industrial environment. The preconditions are for new entrants to the area. ”

The state has a large voting power in Stora Enso. Should the state have prevented the plant from going down?

“In a situation like this, the company makes its own decisions, and I don’t go to evaluate the decision. I hope that corporate responsibility will be found when the work is done from now on. I have been in conversation with Stora Enso Country Manager. He made it clear that the company is ready for cooperation in every way, ”says Haatainen.

Haatainen says that this is due to the global decline in paper prices, which has been accelerated by the Korona era.

“Structural changes have come and will come. We, as a government, cannot prevent it. The government wants to do everything in its power to encourage investment to come here. Among other things, lowering the industrial electricity tax is one of the measures that will facilitate investment decisions. ”

Paper mills has been closed at a rapid pace in recent years, both in Finland and around the world.

The printing paper market has been shrinking for the past 15 years as more and more magazines are read digitally. The decline in demand clearly accelerated with the interest rate pandemic. A year ago, in the spring, sales of graphic papers were more than 30 percent lower than a year earlier.

Apple unveils new products at its first virtual event of 2021: what to expect