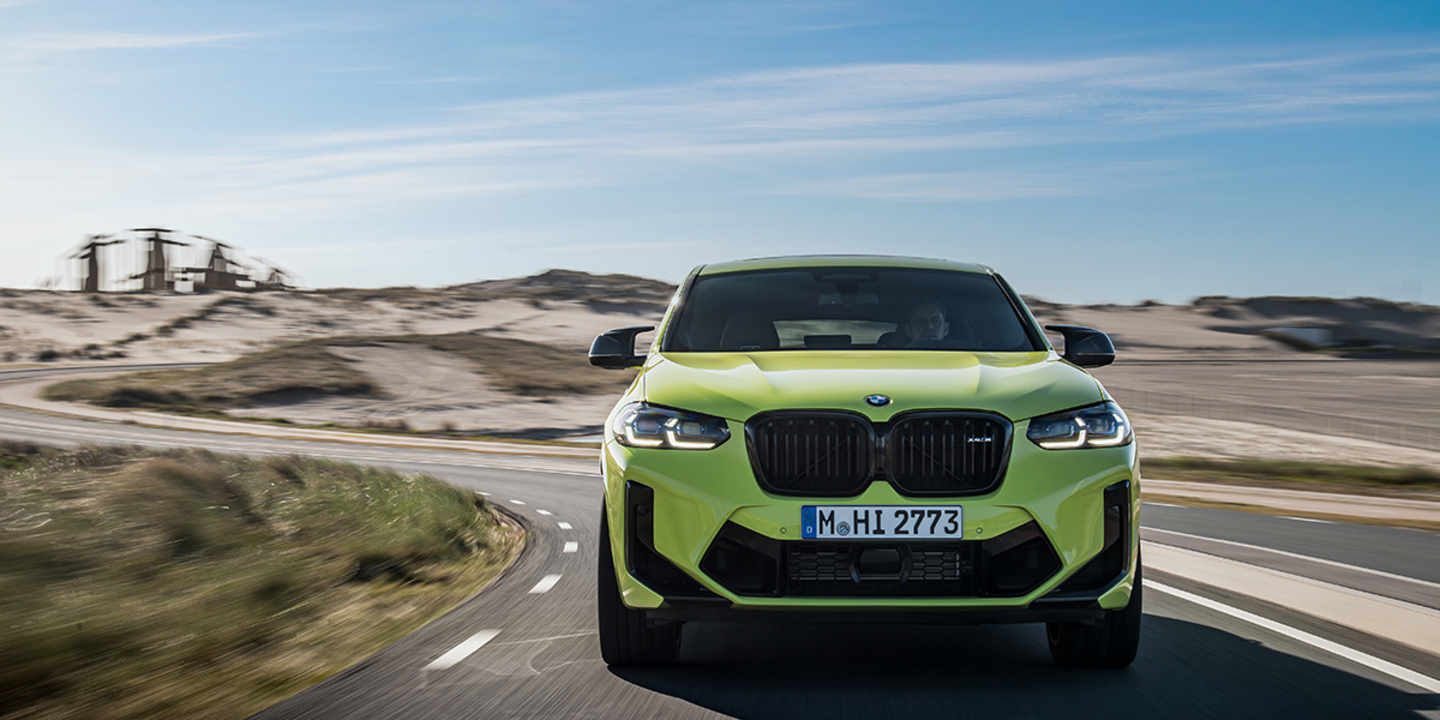 Along with the regular BMW X3 and X4, the M versions of the two SUVs get their midlife facelift or LCI. Here too we find the narrower headlights and the larger kidney grille, in the case of the M versions with the typical double bars. But the front bumper of the X3M and X4M now distinguishes itself more from the braver versions with larger and striking side air scoops.

The interior of the BMW X3M and X4M also gets the new and larger infotainment screen of in this case standard 12.3 inches, the digital counters can count on an equally large screen. In addition, these top versions get some more fun stuff as standard, such as a Harman Kardon audio system, M sports seats with an illuminated M logo and Merino leather upholstery.

Under the hood is still the S58 3.0 six-cylinder with two turbos that made its debut in the pre-facelift BMW X3M and X4M, but which can now also be found in the new BMW M3 and M4. The engine is already getting a minor update with a lighter forged crankshaft that is stronger and allows the engine to rev more smoothly, while torque increases by 50 Nm for a total of 650 Nm, giving the SUVs a 0.3 seconds faster sprint time: the 0-100 km/h now takes just 3.8 seconds. The top speed is limited to 250 km/h, or 285 km/h with the M Driver’s Package.

Four-wheel drive is standard, there is no drift mode. However, you can let the xDrive system send as much torque as possible to the rear axle via the driving modes, which should provide some more playfulness in the corners. Adaptive dampers are standard, as are 21-inch rims and M sports brakes. The BMW X3M and X4M facelift will also go into production from August 2021.

Coquito, the movie: Everardo Zapata Santillana’s book will have an adaptation