BMW starts production of its first car made in Mexico 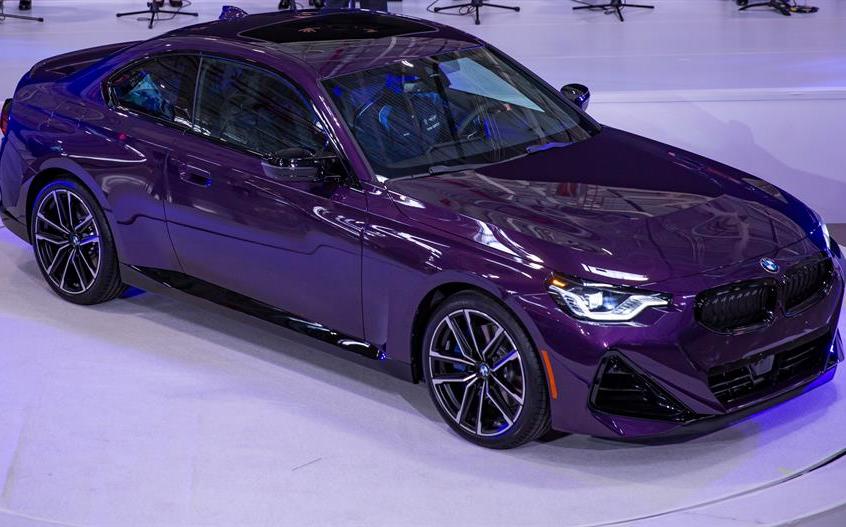 German automaker BMW has started production of the 2 Series Coupé, the first model designed and manufactured entirely in its plant in Mexico, a commitment to the country in the midst of global uncertainty due to the shortage of inputs and despite a slowdown in the national automotive sector.

“With the launch of this car we have established St. Louis as a strong plant in the (BMW global) network. I can only say that we are ready for more,” he told Efe Harald Gottsche, president and director of the BMW plant in central Mexico.

The model, which will be exported to more than 37 countries, reinforces the company’s presence in Mexico, where its only plant in Latin America has produced 170 thousand BMW 3 Series vehicles since 2019 and already represents 3 percent of the group’s global production, according to Milan Nedeljkovic, a member of the BMW global council and production manager.

“It is the first vehicle that is exclusively produced here in Mexico. It is something that shows how important this plant is to us”, explained Nedeljkovic when presenting the production, whose startup investment was $ 125 million.

The manufacture of the car begins in the middle of the Increase of more than 16 percent year-on-year in vehicle sales in Mexico, which amounted to more than 680 thousand units until August, as revealed this Thursday by the National Institute of Statistics and Geography (Inegi).

Furthermore, the eExports have risen 22 percent year-on-year from January to July, totaling more than 1.6 millionAccording to Inegi, which also recorded a 20 percent increase in production in that period, with more than 1.8 million cars manufactured in Mexico.

“Production of the all-new BMW 2 Series Coupé will support our commercial strategy by offering from Mexico to the world a futuristic rear-wheel drive product, which reinforces our portfolio, “said Alexander Wehr, president and CEO of BMW Group Latin America.

Despite the outlook, August sales in Mexico are the lowest for a month in 2021, while July exports have also been the lowest, according to Inegi.

BMW executives have recognized that the chip and semiconductor shortages have created “tension” in the automotive sector, but they have ruled out a rise in prices or effects on production.

“We haven’t had to stop for a single day this year,” Gottsche said.

In Latin America, where there is only production also in Brazil, BMW leads in 26 of the 27 markets in which the group has a presence, with a market share of the premium segment of 35.5 percent in the entire region, Wehr said.

“Having in Mexico, like our lead market In Latin America, one of the most technologically advanced, flexible and sustainable production plants, not only in our group, but also in the entire global automotive industry, is one of the key factors for our commercial success in the region, “he argued.

A BMW with a Mexican engine

The The importance of the automotive sector in Mexico lies in the fact that it represents 3.8 percent of the national GDP and 20.5 percent of manufacturing GDP, more than any other branch, according to the Mexican Association of the Automotive Industry (AMIA).

The San Luis Potosí plant, which employs 3.0 thousand people and has invested a total of 1,200 million dollars, has 220 local suppliers, to which they add 17 with the new BMW 2 Series Coupé, which is made up of 4 thousand parts, according to Gottsche.

In addition to being an assembler and “a global exporter”, the plant now launches its own model with Mexican talent.

“As a Mexican, it is a great satisfaction to know that for the first time in BMW history the core of this car will be produced by Mexicans and it was designed by a Mexican, “said José Casas, the vehicle’s designer.

BMW executives did not share their production and sales forecasts.

As a reference, the president of BMW Group Latin America pointed out that Mexico represents 1 percent of the company’s global sales, a proportion that has increased since the San Luis Potosí plant produced the BMW 3 Series, the model it currently manufactures.

“It is an important backbone of our business endeavors. This model represents about 12 percent of our total sales in Mexico this year and it leads its segment, way ahead of the competition, “Wehr said.