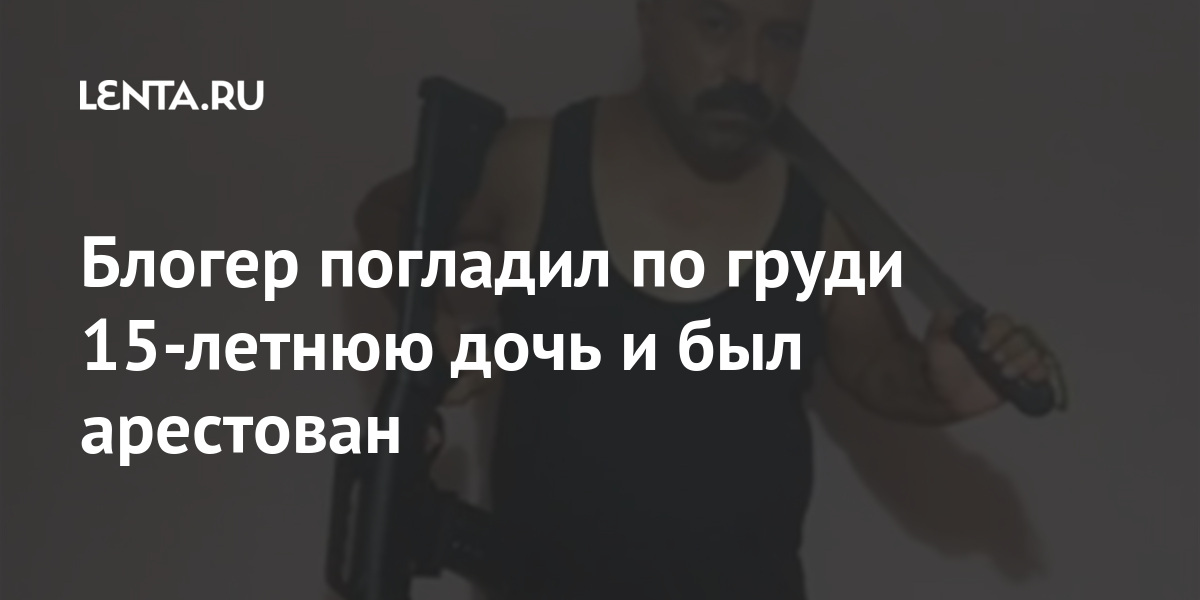 Turkish TikTok blogger Hasan Tunçlar posted a video in which he ran his hand over the chest of his 15-year-old daughter, who was sitting next to him on the couch. After that, the man was arrested. He is suspected of child abuse, reports the Daily Sabah.

Journalists note that Tunchlar not only committed an incorrect act in relation to his underage daughter, but also spoke inappropriately about her beauty. “Praise God, she’s sweet as cream,” the blogger said. His words and actions worried the audience, and then the police.

As a result, local law enforcement officers arrested the father, and the girl was taken into their care by social services.

“The child is under protection and we will continue the trial in connection with the incident,” the ministry of family, labor and social policy said in a statement. The representatives of the department replied that the ministry will act as a plaintiff in the court proceedings against Tunchlar.

Earlier, a Chinese blogger named Chao, along with his mother, faked a road accident in Zhengzhou city to increase his popularity on the main local social network Weibo. As a result, they both spent several days in custody.

Chelsea and Bayern to the quarter-finals of the European Champions