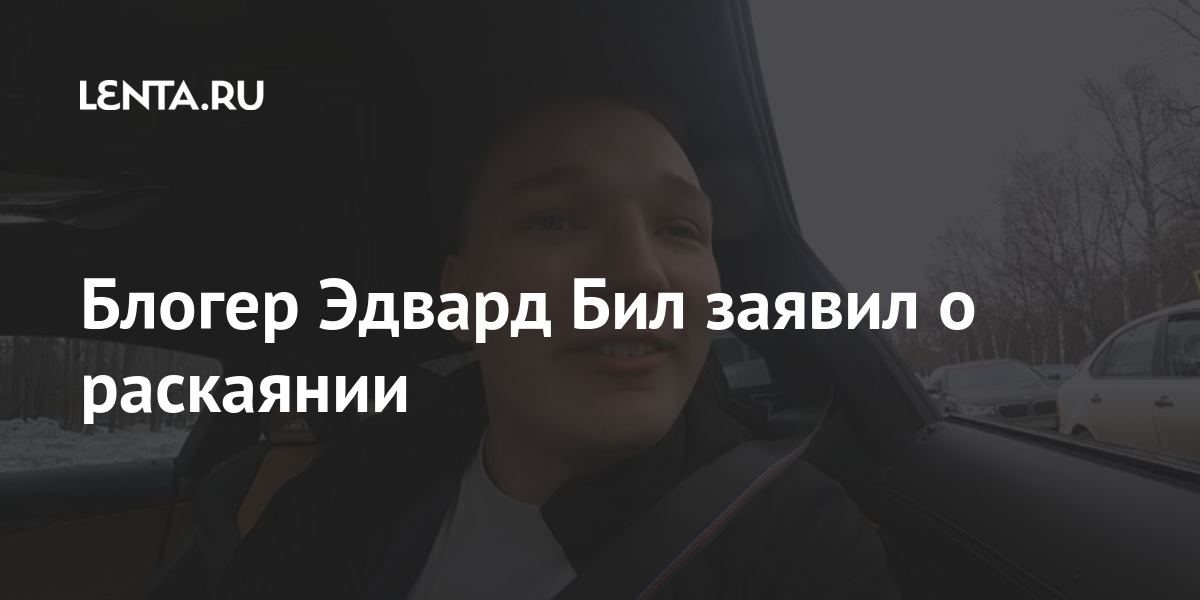 Blogger Edward Beale, who caused a major accident on Smolenskaya Square in Moscow, admitted that he regrets what he had done. This is reported by REN TV.

Answering a question from journalists after the trial, the video blogger confirmed that he repented and disappeared from the press.

Earlier it was reported that the Tverskoy Court of Moscow did not arrest Beel. He is prohibited from leaving home, using telephone and Internet communications, except for communicating with lawyers and an investigator, as well as driving a vehicle and participating in public events.

A major accident involving five vehicles occurred on April 1 at about 11:40 am when leaving the tunnel towards Smolenskaya Square on the outside of the Garden Ring. A Russian woman injured in an accident is in a coma. On the fact of the accident, a criminal case was opened under Part 1 of Article 264 (“Violation of the rules of the road and the operation of vehicles, resulting in the infliction of serious harm to human health by negligence”) of the Criminal Code of the Russian Federation.

Earlier, the pranker told investigators that he lost control of the car when he got too carried away with “checkers” on the road.

Disturbing detail in the body of Alejandro 'Bebo' Ochoa, the rural peon who appeared dead in San Luis