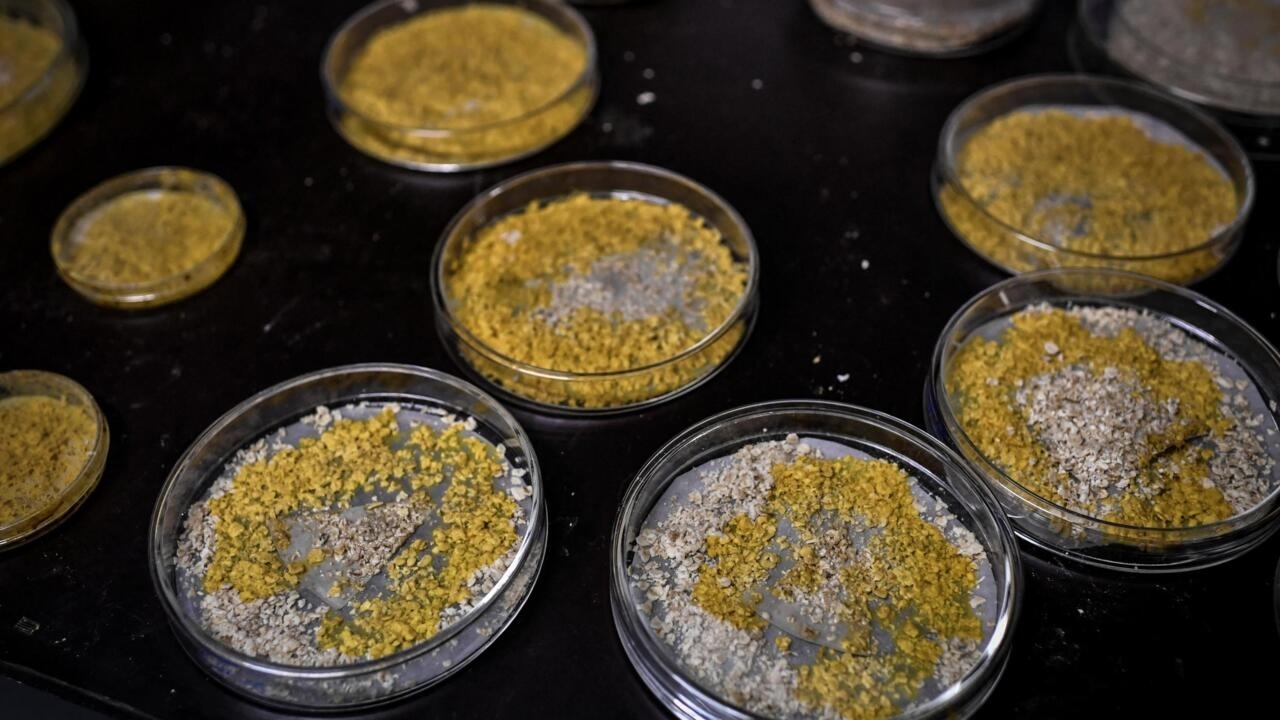 French astronaut Thomas Pesquet takes off on Friday for his second stay aboard the International Space Station. This time he carries with him four ‘blobs’, those particular unicellular organisms that are neither plants, nor animals, nor fungi. The objective: to study their behavior in space, freed from gravity.

For the Alpha mission, Thomas Pesquet will conduct multiple science experiments aboard the International Space Station (ISS), towards which he will head on Friday, April 23. On the agenda: observe how astronauts sleep in space, grow a plant, move an object with an “acoustic clamp”, but also take care of four ‘blobs’, those unicellular organisms that fascinate the scientific community.

Physarum polycephalum, its scientific name, the ‘blob’ is a living species difficult to classify: it is not an animal, nor is it a vegetable or a fungus. Composed of a single cell and several nuclei, it is one of the few unicellular organisms visible to the human eye and its yellow color gives it the appearance of a tortilla or gratin cheese.

“The ‘blob’ is fascinating for many reasons. He has exceptional capabilities, ”enthuses Audrey Dussutour, director of research at the Center for Research on Animal Cognition of the National Center for Scientific Research (CNRS), who is in charge of the operation with her team.

It has no mouth but can eat. In the wild, it feeds mainly on sponges, or oat flakes in the laboratory. “You can scroll. If it is fed it can also increase in size every day ”, explains this specialist in ‘blobs’, contacted by France 24.

“He’s smart even though he doesn’t have a nervous system,” he continues. “He is capable of learning, of memorizing, but also of transmitting information to his peers.” For example, he is able to find his way through a maze.

The ‘blob’ also has outstanding resistance capabilities. “In a laboratory, in good condition, a ‘blob’ is almost immortal,” says Audrey Dussutour, surprised.

In theory, this organism needs to be in a humid environment, without darkness, with food. If it receives too much light or heat it shrinks, dries out and falls into a state of torpor, a motionless state in which it can remain for several decades. “How do you wake up? Just spray it with water ”, explains the scientist. And he adds smiling: “Our oldest ‘blob’ is 70 years old!”.

How will this single-celled organism react in space, freed from gravity? In total there will be four to depart aboard the ISS, selected for their endurance capabilities.

“We don’t know what’s going to happen,” confesses Audrey Dussutour. “We will see how they move, how they feed. It is possible that their behavior changes, that instead of growing sideways they gain volume ”.

“We will put them in a state of lethargy for the trip. It is also possible that they stay that way ”, he warns. “The effect of zero gravity is the only thing we cannot test in the laboratory.”

Before sending the blobs into space, Audrey Dussutour and her team had to undergo a whole battery of experiments and tests. “The great challenge was to find a method to sterilize them, a mandatory step for everything that enters the ISS, without stressing them,” he explains. “It was also necessary to do tests on the effect of the vibrations of the takeoff, to select which ‘blobs’ we were going to send”.

In addition, a team of specialists was in charge of manufacturing the “’blob’ box”, the box in which these organisms will travel. “It was necessary to build a box that would allow them to breathe, while ensuring that they cannot escape,” he says. An arduous mission when you are familiar with the talent of these creatures to glide in tiny spaces.

In this way, in the ISS the four ‘blobs’ will remain in that box that will protect them from light. “In order not to attack them, they will be filmed for a few seconds every ten minutes,” explains the scientist.

Thomas Pesquet’s mission will be to “wake up” the ‘blobs’ from their state of lethargy. Then two experiments will be carried out simultaneously for a week: two ‘blobs’ will be in boxes full of food while the other two will not. According to Audrey Dussutour, “so we can see how they move, how they navigate in space and we will compare it with their behavior on Earth.”

Although it will undoubtedly provide additional insights into this exceptional species, this experiment is primarily a pedagogical approach. Approximately 2,000 French primary and secondary courses will receive between three and five ‘blobs’ to carry out the same experiments in parallel. This will allow them to compare their results with those obtained on board the ISS. The occasion could bring about some vocations among the students.

The scientist hopes to be able to compile the collected data. “This is a good example of participatory science!” “We will have the same experiment performed 2,000 times. I hope this can be used for a scientific article. And in this way, the students will put themselves in the shoes of a scientist from beginning to end, from experimentation to the use of the results ”.

On the contrary, experiments carried out in space will not be able to lead to any concrete scientific conclusions. “It would have been necessary to send at least ten ‘blobs’. It was too expensive, ”explains Audrey Dussutour. “But who knows, if this first experiment is positive we may send more ‘blobs’ on a next mission.”

The experiments on the ISS and on Earth will take place at the end of September.

Exodemon is now available on Xbox

From “the master’s room” to the neutral bathroom: racism and gender fluidity in the world of design and architecture