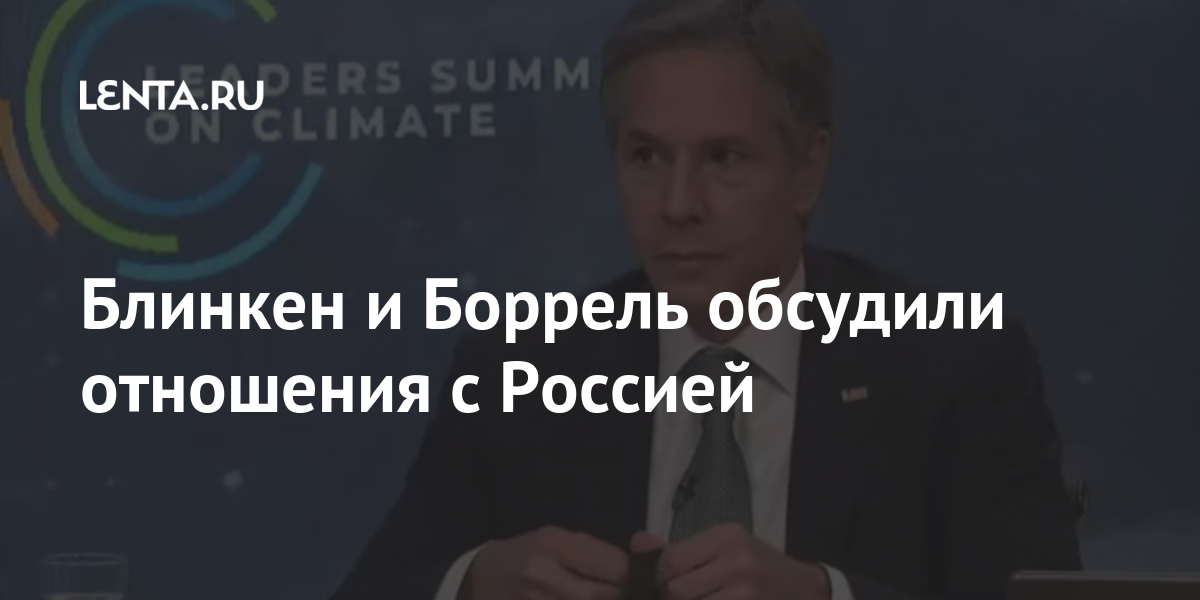 US Secretary of State Anthony Blinken and EU High Representative for Foreign and Security Policy Josep Borrell discussed relations with Russia. As writes RIA News, referring to the message of the EU foreign policy service, they talked on the sidelines of the meeting of the foreign ministers of the G7 countries (G7) in London.

“They also discussed relations with Russia in light of the recent military buildup in the illegally annexed Crimea and on the border with Ukraine, the health of Alexei Navalny, as well as Russia’s actions against EU member states and sanctions against EU citizens,” the EU’s foreign service said.

Earlier on Tuesday, May 4, it was reported that the foreign ministers of the G7 countries at a plenary meeting in London planned to talk about relations with Russia, China and Iran, as well as the crisis in Myanmar, the situation in Libya, Ethiopia, Belarus and the civil war. in Syria.

It was noted that the ministers intended to discuss “the ongoing hostile activities of Russia, including [ведущуюся] by concentrating troops on the border with Ukraine ”.

The first face-to-face meeting of the G7 foreign ministers in two years began in London on Monday 3 May. The UK, as the host country, has already stated that the event offers a chance to increase the influence of Western countries. The meeting was planned to discuss recovery from the coronavirus pandemic, the fight against climate change and relations with China and Russia.