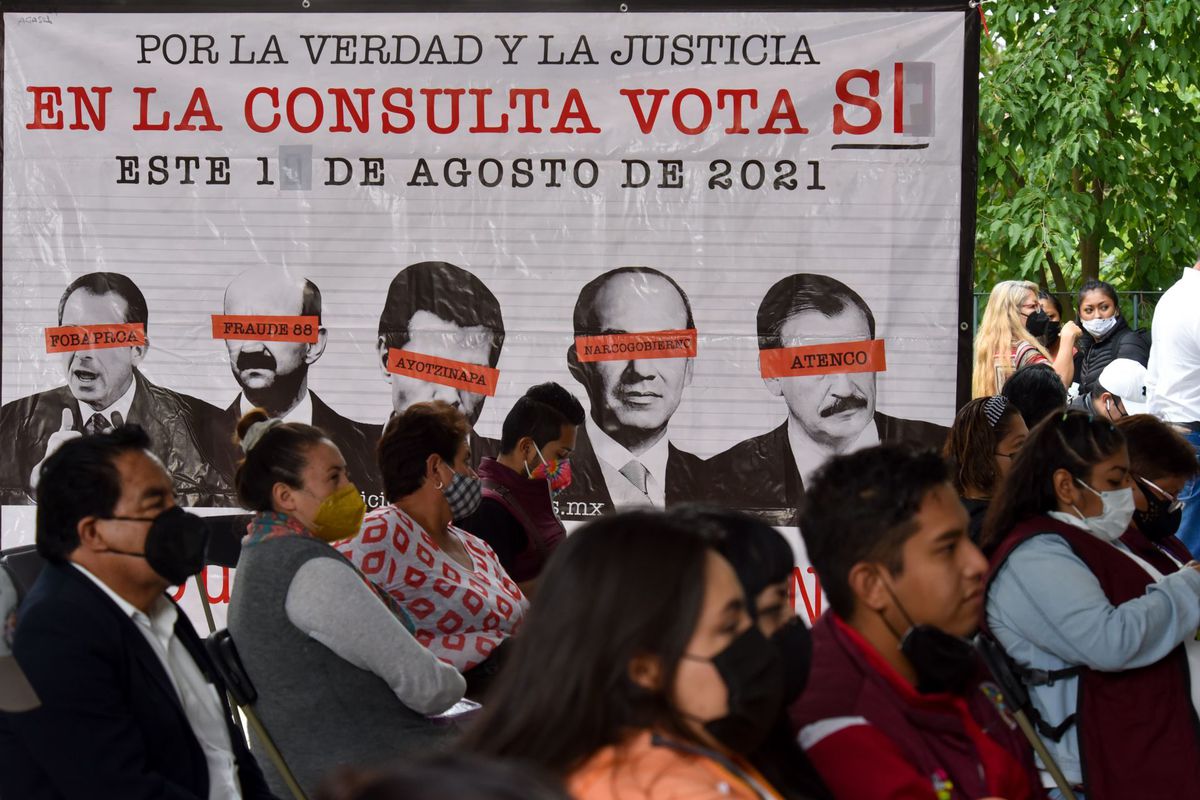 The obsession with the past of the president of Mexico, Andrés Manuel López Obrador, often leads him to lose himself in the present. This is what happened with the feminist protests of 8-M, where he showed his more caveman side, and the same happens with the popular consultation called for August 1. The question was originally designed to force the opening of a judicial process against the previous heads of state (from Carlos Salinas de Gortari to Enrique Peña Nieto). An objective that trampled the division of powers and blew up the bases of the rule of law. After passing through the Supreme Court, this unlawful charge was deactivated, but in the attempt to find an escape valve to the presidential wishes without violating the principles of justice, the consultation has become a dark frond, whose mere statement of evidence its political risks: “Do you agree or not that the pertinent actions are carried out, in accordance with the constitutional and legal framework, to undertake a process of clarification of the political decisions made in the past years by the political actors aimed at guarantee justice and the rights of possible victims? ”.

Nobody is aware that the tree of possibilities that this question opens is such that it gives the president free rein so that, in the event that the yes triumphs, he interprets its effects in the way that suits him best. “Relevant actions” and “political decisions” are not delimited. Neither the actors nor the type of “clarification process”. In this sense, the fact that what López Obrador really intends with the initiative remains a mystery, adds to the fear that it will end up being a mere mechanism of political coercion.

And if what is sought, as the Supreme Court has indicated, is to provide the opportunity to initiate a civil review process in the style of the Colombian Truth Commission, the path could not have been more unfortunate. Because if that was the idea, the government should have opened a time of debate and explanation that would have resulted in a clear understanding of the relevance, scope and objective of said commission. None of that has happened. On the contrary, to date, the only thing that has been seen is how blind hen was played with the people of Mexico.

Along with these substantive issues, the consultation also raises serious formal problems. The National Electoral Institute has already given the alarm signal: there is no budget to organize the vote with guarantees. Nor does it seem likely that the first Sunday in August will reach enough participation to make it binding. The law requires 40% of the nominal list of voters, that is, more than 37 million votes, something that seems almost impossible when compared with the results obtained in electoral processes of much greater citizen interest.

All this suggests a great fiasco, where the probable triumph of the yes is, above all, the reflection of the presidential stubbornness to satisfy his dreams of greatness. For history, however, what will remain is an exercise in political tightrope and the useless wear of a procedure of great democratic value such as the popular consultation.