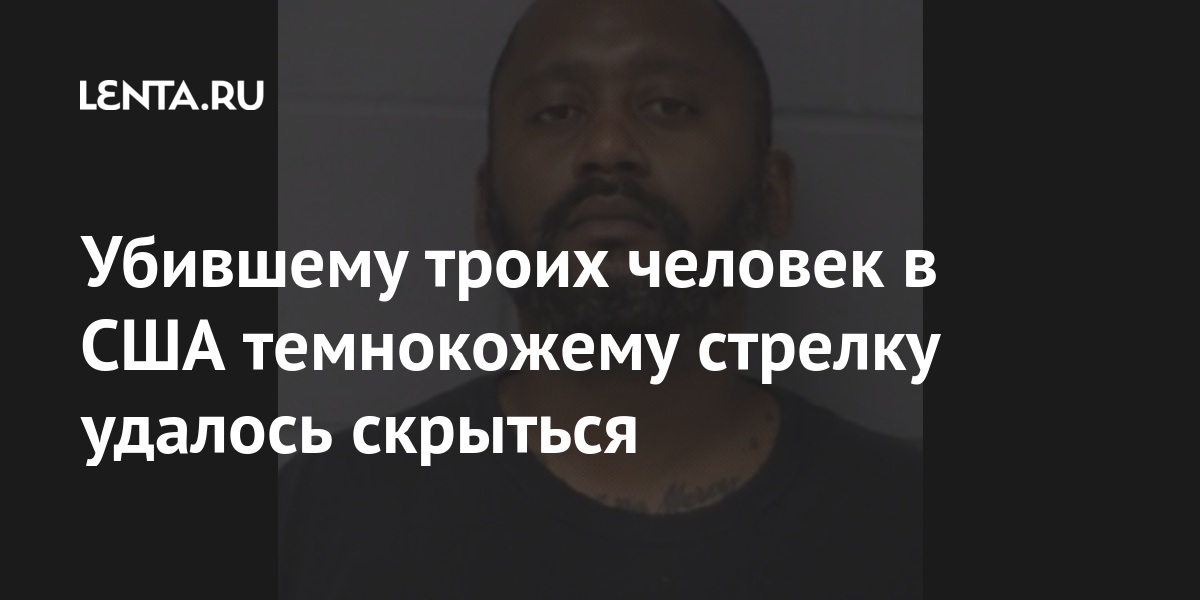 After killing three people in Austin, Texas, USA, the black shooter managed to escape. This was announced by the head of the city police Joseph Chacon on the air of the CBS Austin television channel.

The police identified the man: he turned out to be 41-year-old African American Stephen Nicholas Broderick.

According to the channel, he is a former detective in the Travis County Sheriff’s Office who was charged with child sexual abuse in 2020.

According to preliminary data, he was familiar with the victims and deliberately opened fire, resulting in the deaths of two Hispanic women and one African American. The police have no information about whether the attacker is moving by car. The staff speculate that Broderick may take hostages.

Earlier on April 18, it was reported that in the American city of Austin, Texas, an unknown person opened fire, which killed three people.

On March 23, US President Joe Biden once again called on Congress to step up efforts to tighten control over firearms and even ban certain types of firearms. The proposal of the American leader sounded against the backdrop of an emergency in Colorado, which became the second case of mass shooting in the United States in one week. The first incident killed ten people, the second – a shooting in Atlanta, Georgia – eight people were killed.

Director of the Department in the Mohammed bin Rashid Al Maktoum Global Initiatives for "Al Ittihad": 3 main partners for the implementation of the 100 Million Meals campaign

The Mirandés wins again in Anduva to the beat of Djouahra