Black fungus: the infection associated with the coronavirus that advances stealthily in Mexico 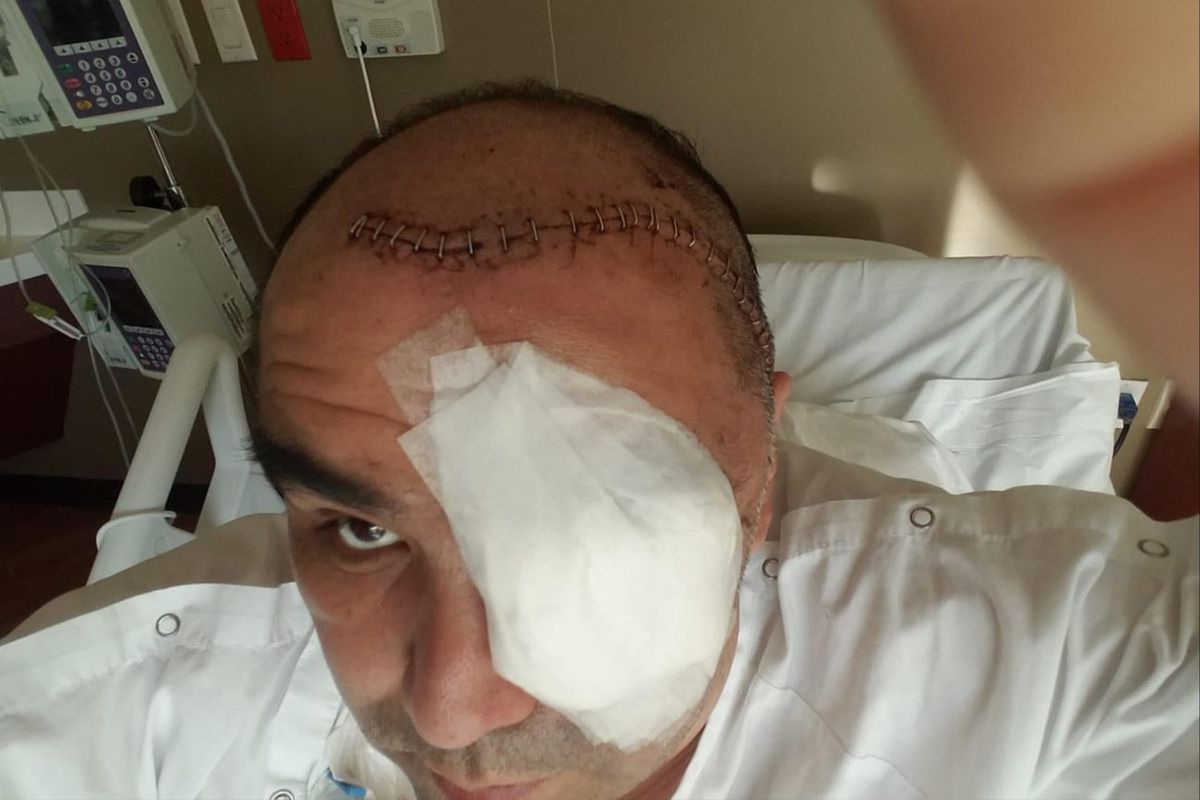 A few days after being vaccinated against covid-19, Lhyzet Jiménez Leyva began with the first symptoms of the disease. The biological could not stop the virus that was already in his body. For days he suffered from a cough, severe flu, and shortness of breath. Despite the advance of the disease, she and her family decided to quarantine at their home in the State of Oaxaca. The 37-year-old woman was unaware at the time that while she was winning the battle against the coronavirus, the black fungus was making its way into her body. Soon the signs of opportunistic mycosis began: numbness in the face and severe headaches and palate and loosening of the teeth.

The patient first heard the word mucormycosis in the voice of her private doctor in the middle of last month, just three days after receiving her discharge for coronavirus. This new diagnosis reignited the alarms for her and her family, which is why she was admitted to the Regional Hospital of High Specialty of Oaxaca. 15 days after her hospitalization, the patient continues to fight for her life. Carlos Jiménez, Lhyzet’s brother, still does not understand why she did develop the disease and the rest of her family did not. “My sister is completely healthy, a little overweight, but nothing more. The only thing that sometimes suffered were white spots due to nervousness, ”he says.

Doctors have informed them that her sister’s mucormycosis has lodged on her face. “In a first operation the doctors tried to reach the jawbone, they removed quantities of bone, they made a scraping, they removed part of the palate, almost all the teeth on the right side,” says his brother. The emergency, however, did not stop because due to the ravages of drugs, damage to the kidney was revealed and she also had to be operated on the gallbladder. The patient is still hospitalized and with a reserved prognosis. “We know that my sister is going to fight to stay alive, she has many motivations, her three children, one 19 years old, another 16 and one more than two years old.”

In Oaxaca, she is the second patient diagnosed with black fungus. The other case, a 55-year-old man, passed away last weekend. The Secretary of Health of Oaxaca, Juan Carlos Márquez Heine, has declared to local media that they are waiting to corroborate the clinical diagnoses with laboratory tests. The official explained that the black fungus is not an unknown disease since there have been records of patients for more than 30 years.

In the neighboring State, in Guerrero, the Secretary of Health, Carlos de la Peña, briefly confirmed this Thursday the appearance of two first positive diagnoses for mucormycosis in the State associated with covid-19. Local reports indicate that they are two women aged 71 and 68 from the municipalities of Ometepc and Chilpancingo, respectively.

In Mexico, the suspected cases of mucormycosis are only counted on the fingers of the hands, without an official figure being released by the Ministry of Health until now. Without evening lectures for coronavirus or specific reports on these mycoses, the new infections of the black hogo are revealed by drops. So far there are six diagnoses known. In addition to the two cases in Oaxaca and the two in Guerrero, in early February the case of Jaime Díaz de León, 48, was detected in Chihuahua – the patient survived, but lost his left eye – and that of Gregorio Avendaño Jiménez , 34, in the State of Mexico. The latter died weeks later in an IMSS hospital in Mexico City. The authorities never confirmed the death of this man due to mucormycosis and his relatives indicated that they will sue the doctors who treated him for negligence. In all these patients, a common denominator is repeated: they previously suffered from covid-19.

Although the black fungus is a mycosis that has been reported for years in Mexico – it is estimated that there have been 10,000 patients in the last 15 years – the disease has monopolized medical discussions due to its global rebound associated with the coronavirus pandemic. In India there are already more than 4,000 cases and in the American continent, the World Health Organization (WHO) and the Pan American Health Organization (PAHO), reported until June 9 about 16 patients. PAHO launched an epidemiological alert on the continent on June 11 due to the increase in diagnoses. “PAHO / WHO urges Member States to prepare health services to increase the clinical suspicion of mucormycosis in patients with covid-19, especially those with diabetes mellitus, treatment with corticosteroids or other immunosuppressants, in order to carry out an evaluation comprehensive clinic, originate an early diagnosis and initiate adequate treatment of suspected cases “, details the agency.

Mycosis specialists recognize that the lack of resources in laboratories and the rapidity with which the disease progresses make timely diagnosis difficult and they pay a black figure on this disease. “In Mexico there are already cases, many of them are still not published, I know that there are several medical centers where they are having cases of mucormycosis associated with covid,” acknowledged Dr. Francisca Hernández, head of the Molecular Mycology laboratory at UNAM, in a college show broadcast this week.

In this issue, the UNAM specialist admitted that it is very likely that the real cases of mucormycosis in the country are not known because there are not adequate means for confirmation. “In most laboratories it is not easy for them to diagnose or identify mucoral fungi. If we think about the most affected health care institutions or centers, they do not have the resources to make a quick, accurate, reliable diagnosis and that means that many patients are in very bad condition to be able to survive this fungus, “he declared.

The coronavirus depresses the immune system of the patient, allowing the development of these opportunistic diseases. However, Dr. Hernández added a peculiarity that a large majority of covid-19 patients present: the administration of steroids. “The use of steroids lowers the immune system and that favors the fungus to grow faster. It is known that steroids can independently promote the growth of various fungi and that is a very complex combination of factors that explains why today with covid-19 it is increasing, “said the specialist.

The neurosurgeon Luis Alberto Ordoñez, one of the doctors who treated the black fungus infection of the survivor Díaz de León, in Chihuahua, points out that mucormycosis is one of the strangest and rare differential diagnoses of the coronavirus. “In conditions of immunosuppression, mucor tends to proliferate very quickly, to invade structures in the paranasal sinuses, it is one of the things that our population should be more alert to, in the early recognition of symptoms such as pain in the eye, swelling in the eye, black spots, loss of vision ”, he adds. Experts agree that the more compromised the immune system, the more aggressive the invasion of the black fungus in the body.

The covid-19 virus has joined the list of diseases that can trigger the black fungus. The handful of patients with coronavirus and suspects of the black fungus are a picture of a double fight for life, first by an unprecedented virus and then by one of the most lethal opportunistic mycoses that exist, whose mortality rate ranges from 40 to one 90%.