Bizarrap announced its next Music Session, with Nicky Jam as the protagonist 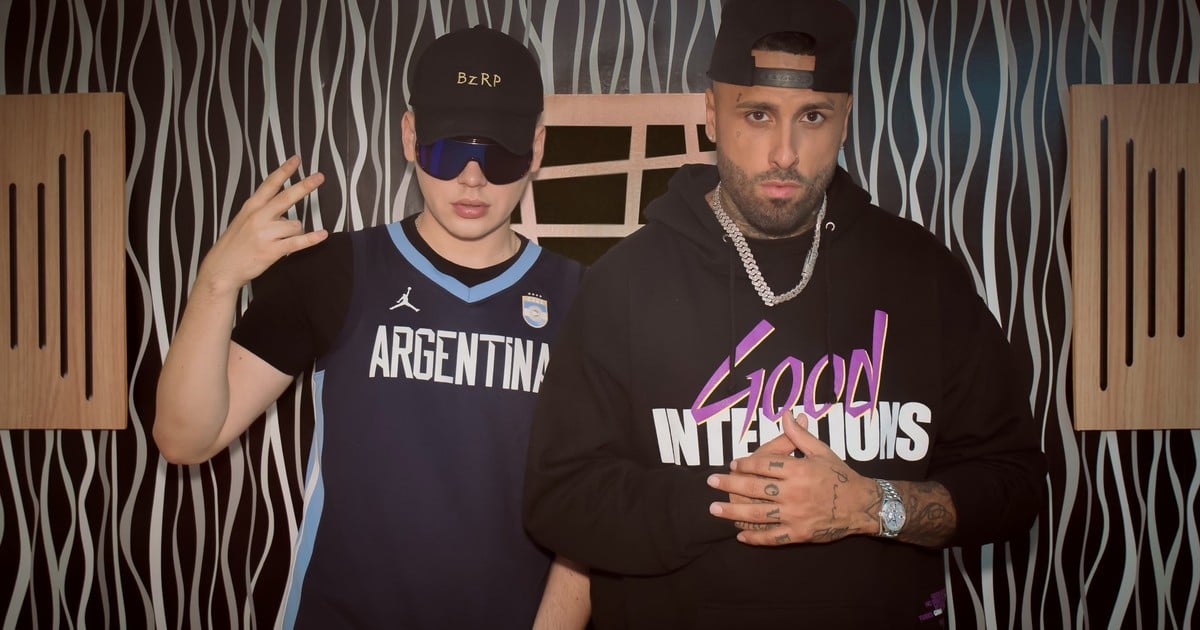 The successful music producer Gonzalo Conde, better known as Bizarrap, announced that Nicky Jam is the protagonist of his Music Session # 41, which will be released this Wednesday at 7 p.m. on its official YouTube channel and on Spotify.

“TOMORROW 7:00 pm @nickyjam BZRP Music Session # 41,” the 22-year-old wrote on his Twitter and Instagram account, along with a photo in which he is seen with the renowned reggaeton from Puerto Rico.

The news did not generate surprise, since the collaboration of the 40-year-old musician was already rumored, who since 2010 won three Latin Grammy Awards and three Latin American Music Awards. Although it did revolutionize social networks.

Is that it had leaked a video of Bizarrap in an airport using his cell phone and on the screen it was possible to see the image that he later used to announce the launch of his new Music Session.

Without a doubt, it is about the more ambitious production So far as an Argentine, who usually gives prominence to emerging and little-recognized artists on the music scene, apart from certain exceptions.

The last Music Session had as musical artist the rapper Eladion Carrión and managed to place himself as number 1 in trends in 20 countries in just 24 hours.

Among the reactions to the presence of Nicky Jam, who composed together with Era Istrefi and Will Smith “Live it up”, the official song of the 2018 Soccer World Cup, stood out that of Facundo Campazzo, who closed a great season with Denver Nuggets in the NBA.

“Tomorrow it rots everything“, replied the base of the Argentine National Team through his official Twitter account, as he prepares to compete with the Albiceleste team at the Tokyo Olympics.

The relationship between the two is not new. Without going any further, Bizarrap went to see one of Campazzo’s matches in the United States and gave him one of his iconic caps. In return, the basketball player, who was turning 30, gave him a Nuggets jersey.

“It was, I came to see Facu Campazzo in the NBA and I gave him the BZRP cap“The producer wrote on his social networks, along with a photo in which he is wearing the jacket of the former Peñarol de Mar del Plata and Real Madrid.

For his part, the Cordovan replied with an image in which he is seen wearing the BZRP cap.