Bitter pill PSV: Eindhoven residents run aground on the Portuguese wall and grab next to Champions League | Foreign football 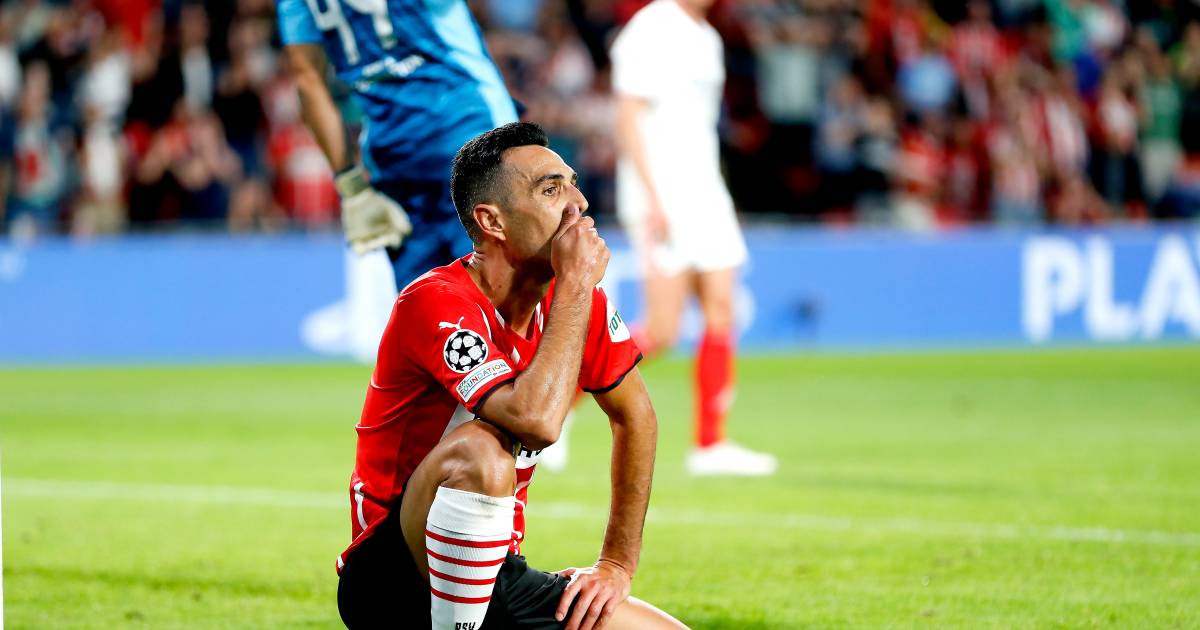 PSV longed for a return to the main draw of the Champions League. And what a unique opportunity there was in the return against Benfica last night. But despite an hour of 11 against 10 and a few open chances, the Portuguese wall did not fall.

What if Luuk de Jong had still played for PSV? Or another striker with length and head power to act as a crowbar in the last half hour or the final quarter? We will never know. But such a target man had given the number two in the Eredivisie an extra weapon in a hunt that now resulted in a huge disappointment.

PSV also earned the win without such a crowbar. There were plenty of opportunities. But the ball wouldn’t go in. And so tomorrow Ajax will be the only Dutch club in the tube for the draw. PSV remain in the Europa League.

The return against Benfica was a wonderful match. Captivating and compelling to the last gasp. It started right after kick-off. What do you radiate on such an evening? You could see the contrasts within the PSV team, also prompted by the difference in quality. Eran Zahavi, experienced player anyway. But hurried, sloppy, not ball-resistant enough in the front. Ibrahim Sangaré also started awkwardly with a predicament in the first minutes in front of his own goal, although he quickly recovered. But starting like Cody Gakpo, wow, that’s Champions League level.

The kid of the club always wanted the ball. And as soon as it could, immediately turned on the turbo for a dribble on the shortest way forward. elusive. That was the word. National coach Louis van Gaal will also have watched it with interest.

An early move by Gakpo led to a yellow card for Lucas Verissimo, followed by a second, allowing one of Benfica’s three central defenders to take a shower after half an hour.

With 11 against 10 there was a unique opportunity for PSV. 12 against 10 even at times, because it was certainly not the support of the public. But in fact PSV also played with ten. Benfica always left Philipp Mwene free in the build-up and the right back of PSV is then neither Santiago Arias nor Denzel Dumfries who can do a lot with the boulevard of space on the flank. Mwene kept pulling in or he took the speed out of a promising attack by cutting back.

PSV had the ball, played constantly in the Portuguese half, had seven attempts at halftime, but only shots by Philipp Max and Noni Madueke and a second action by Madueke already led to real danger.

After another action by Gakpo, the Israeli only had to run the ball into the goal.

The starting position was also not easy in advance. Now that away goals no longer count double, losing 2-1 in a first leg is a defeat with less perspective than before. One PSV goal, sooner or later, should not force Benfica to change tactics. All the crafty trainer Jorge Jesus’ team did was make the field small. As small and compact as PSV will never encounter in the Eredivisie.

Still, the lead should have been put on the board after the break. Exactly on the hour Zahavi had the chance. After another action by Gakpo, the Israeli only had to run the ball into the goal. But instead of a soft tap, he hit the cross so hard that the ball went up against the crossbar.

So it remained 0-0 and with time ticking away the question was how to demolish the wall. What weapons did Roger Schmidt still have on the couch? After 69 minutes, the German made three substitutions in one go with Bruma, Vertessen and Obispo, the last one because Boscagli was in the back with a yellow card in his pocket. But the weapon that PSV really needed was not available. Benfica, gradually with former Ajax player Jan Vertonghen as an experienced substitute, took time, irritated and survived. For PSV, the hangover from the missed opportunity remains.