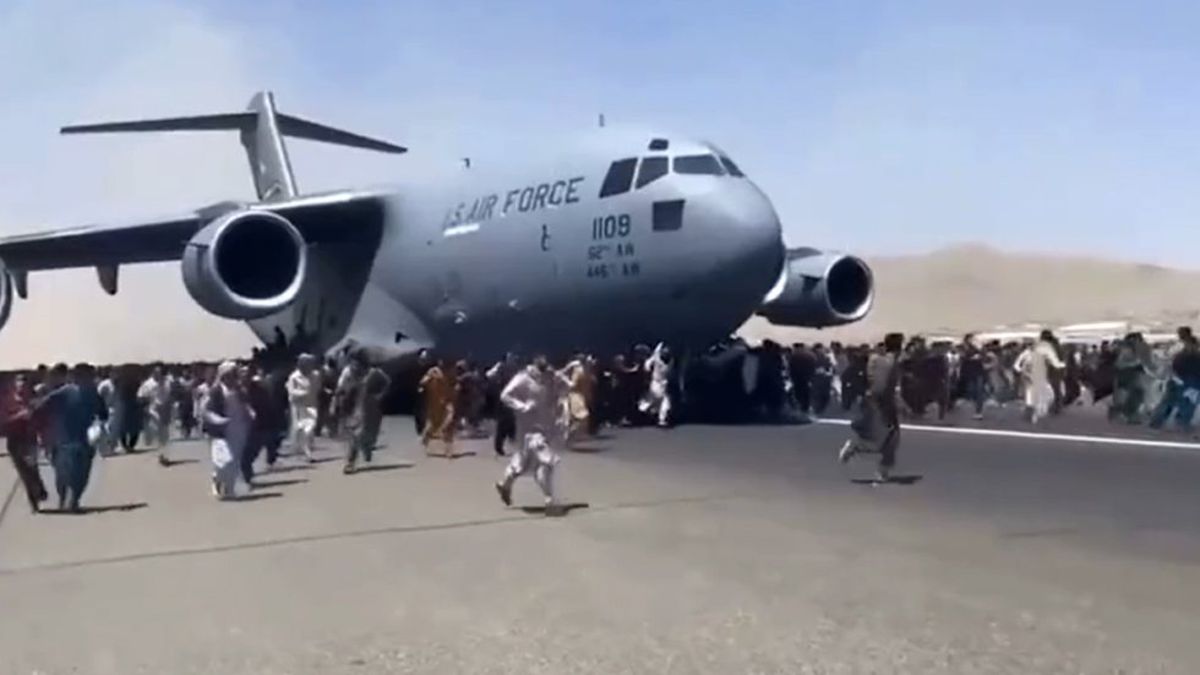 The images of hundreds of people invading the Kabul airport runway as military planes try to force their way out of the country will haunt the US Army for a long time and largely mark the presidency of Joe Biden. They are scenes of despair, moments that the world will not forget. Comparisons with the flight from Saigon in 1975, after the failure of Vietnam, are outdated. The chaotic flight from Kabul these days, following the debacle of a state supposedly built for two decades, now has its own place in the history of US military humiliation.

“It is highly unlikely that the Taliban will take over the entire country and seize power,” Biden said on July 8. Although the need to sell the withdrawal politically is sensed, his words will haunt him forever. On Sunday, after just a month of offensive, the Taliban were giving a speech from the office of escaped President Ashraf Ghani, after taking Kabul in a matter of hours. Afghanistan’s institutions were an empty shell. In a message to the nation, Biden called the images “painful” and “devastating.”

It is opportunistic to criticize the withdrawal itself in hindsight. While the substrate of the decision was the melancholy of the futile effort, Biden threw on his back a responsibility that three presidents have eluded to take on a decision that had had a broad consensus for years. The military leadership had proposed to keep a small checkpoint in the country, but Biden rejected it, he wanted the end to be final. What is not so clear is that the White House would have foreseen the current scenario of chaos. In fact, he has had to send in new troops to protect those who are leaving. This is where more clarity should be demanded of the United States. Biden covertly blamed the Afghan government’s promise to stand up to the Taliban. At best, this is an incomprehensible miscalculation for an Army that has been in the field for 20 years. Something has not gone as planned and it is up to the US to explain what and why. The chaos has not only put its soldiers in danger: Spain has to improvise in hours a repatriation of half a thousand people. The debate has already broken out in Washington. Republicans, after a period of distracted silence (the peaceful coexistence pact with the Taliban was signed by Trump in 2020 and sold as the key to withdrawal) have already begun to raise accusations of incompetence.

But any political analysis pales in the face of the situation that opens up for Afghans who do not get on those planes, especially women. The urgent thing is to articulate the operation and the logistics to attend to those who suffer violence if the Taliban end this grace period in which their priority is, apparently, to maintain order without revenge. At least a week ago it became clear the direction in which events were moving. Concrete aid commitments from the EU and the US are urgent.

The complete withdrawal from Afghanistan was always a high-risk gambit in which the United States staked its international prestige as a military partner. The Afghans were risking their lives. Both are now at the mercy of the magnanimity of a band of fanatics.