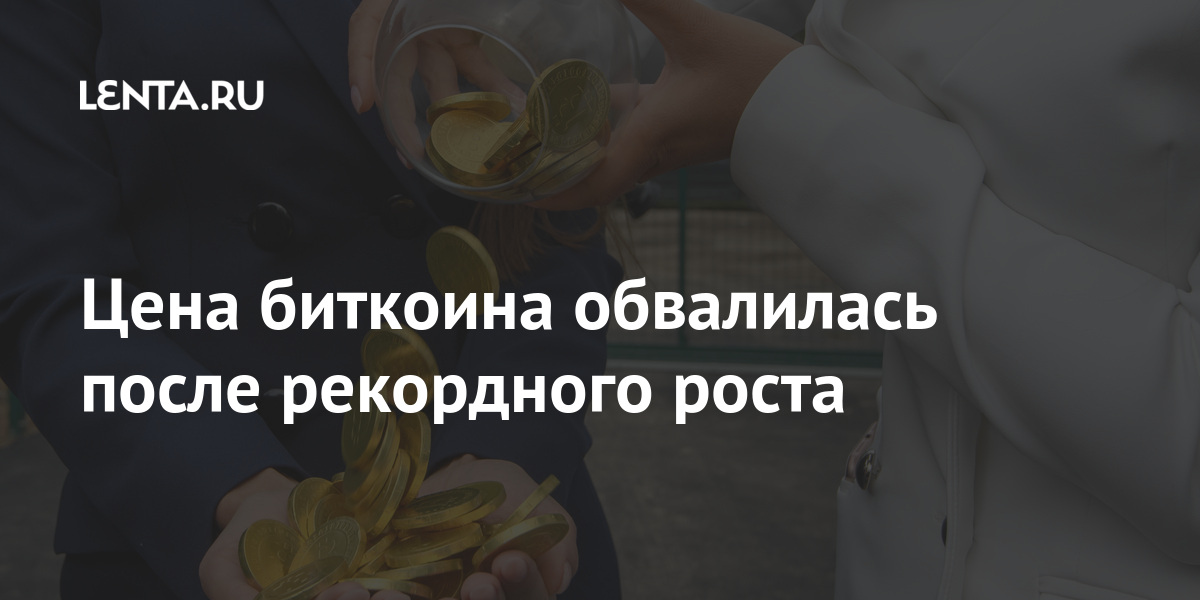 The value of bitcoin has collapsed after a record rise. According to RIA NewsOn April 18, the price of the cryptocurrency fell by almost 12 percent, as evidenced by data from the exchanges.

As of 13:30 Moscow time, the average price of one bitcoin on the largest exchanges was 54.9 thousand dollars (approximately 4.2 million rubles).

The previous record for the value of the cryptocurrency was set on April 14. Then one bitcoin could be bought on the Binance exchange for 64.8 thousand dollars (4.9 million rubles).

A noticeable drop in the value of bitcoin was recorded on April 16, when the currency lost about 2.5 percent in price. Analysts attribute this to the decision of the Turkish authorities to prohibit payments in cryptocurrencies in the country.

At the end of March, Bitcoin was predicted to grow to $ 400 thousand per coin by the end of the year. Then Bloomberg analyst Mike McGlone compared the market situation with the situation in 2013 and 2017, when the rate of the most popular cryptocurrency peaked.

Coronavirus Spring weather attracted thousands of people to parks and beaches in Helsinki - What was the risk of infection?