Birds “Yes, we installed a dozen artificial nests, but they preferred to build their own” – Hornbills established a terraced house under the new Raide-Joker bridge 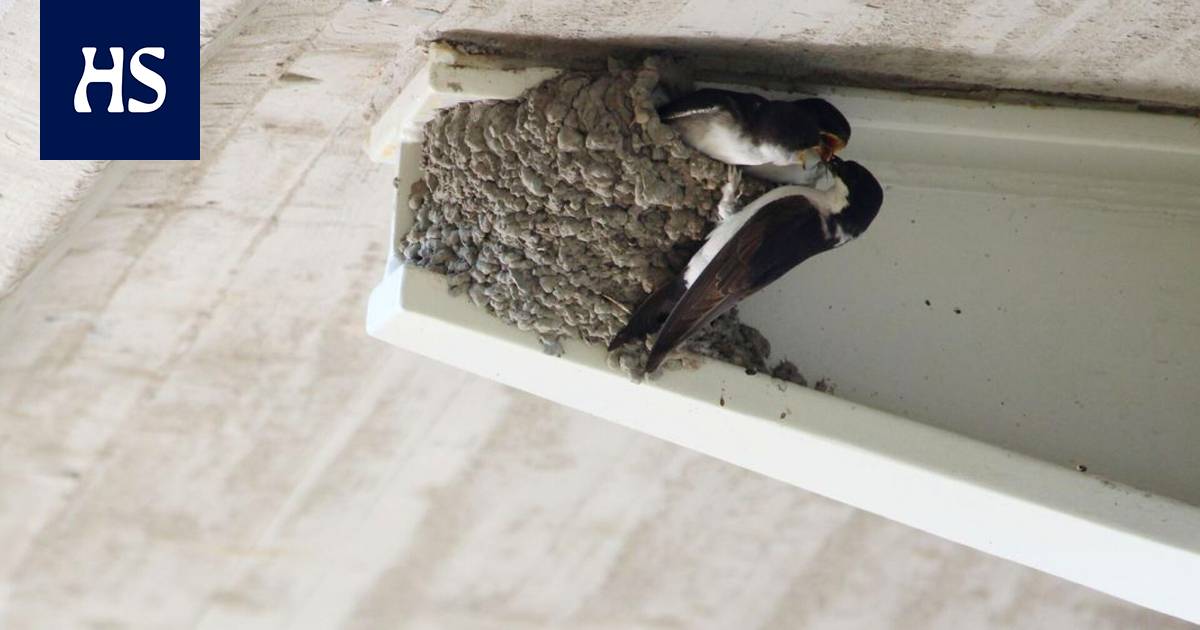 Highly endangered birds took up the footbridge across the Vantaa River.

Hornbills have taken over Raide-Joker’s new pedestrian bridge over the Vantaa River. The bridge between Pihlajisto and Oulunkylä was opened to cyclists and walkers last October.

University lecturer in nature photography, teaching anatomy and physiology of birds at the University of Helsinki Veterinary Medicine Mikael Niku went on to immortalize the nest line of eaves swallows after receiving a tip from a sup-boarding enthusiast Päivi from Seikkula.

Seikkula had spotted a nest line over the weekend.

“I was returning from Pikkukoski to the allotment garden area when I noticed a photographer on the beach aiming towards the bridge. I started looking up myself and saw first one nest, then another and as far as the gaze extended to the right and left, more nests were visible. The vision is absolutely amazing, ”says Seikkula.

Cornice swallows have built their nests at the end of support beams under the Tulvaniitynsilla. Picture: Mikael Niku

“The competition is so silent that the birds were not disturbed at all,” Seikkula says.

Swallows the chicks are already large, so the parents have quite a bit of work to feed them. According to Mikael Niku, birds work hard to catch insects above the river bed.

Niku got some accusations that he revealed the bird’s nest messaging service on Twitter. He pointed out that the chicks are already so big that they leave the nest soon. The nests are located in the middle of the river bed.

Nikua wonders if the builders of Raide-Joker may have been so smart that they have made the bridge swallow-friendly.

The answer is yes, but the help provided by the engineers was not as such for the birds.

“Yes, we installed a dozen artificial nests there, but they preferred to build their own,” says Raide-Joker’s skill structure manager. Risto Laamanen About YIT.

The eaves had already favored the old bridge, which was demolished out of the way of the Flood Bridge. So the builders knew how to prepare for the nest problems of the eaves.

Presently a bridge will be built next to the new footbridge for the use of the light rail. According to Laamanen, artificial nests there have not yet been considered, because the bridge will not be completed until next winter.

The noisy construction site has not disturbed the nesting of birds, so perhaps new nests will be built under this bridge in due course.

Corncrakes have been classified as highly endangered in 2015. The stock has declined by 75 percent over the past 30 years. The eaves swallow is pacified.

A bridge for a light rail is currently being built next to the flood meadow bridge. Picture: Mikael Niku

Read more: A new bridge over the Vantaanjoki River, which curves sideways, opened up to pedestrians