Bird of paradise: how to take good care of this tropical plant 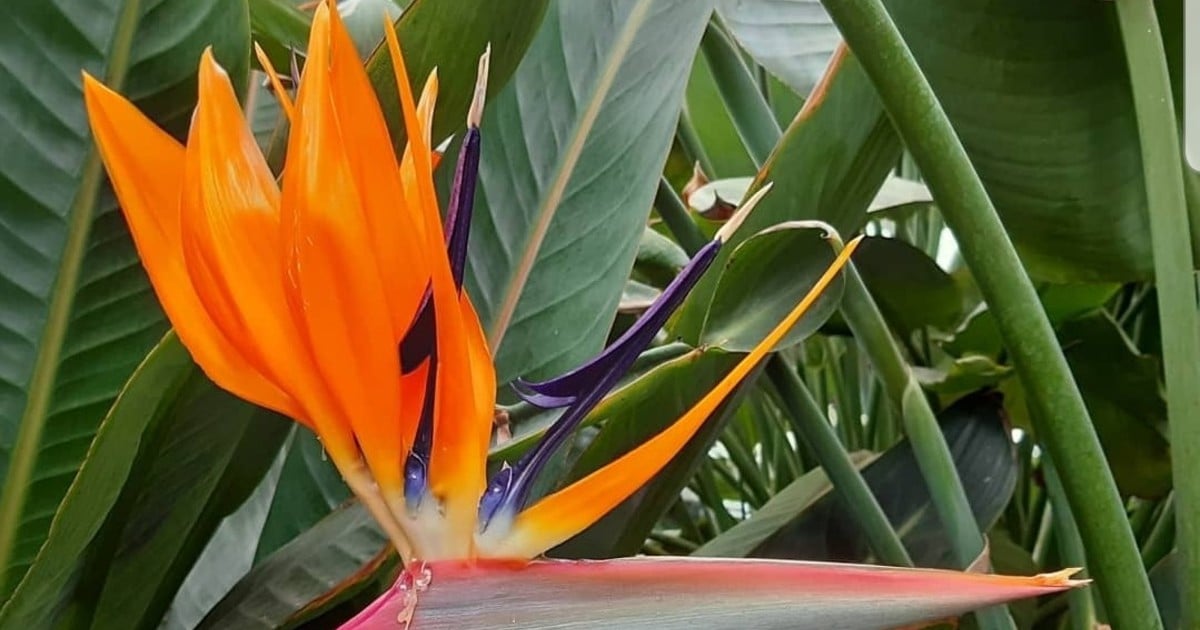 The Bird from paradise, also known by its scientific name of Strelizia reginae It is a plant of tropical origin that stands out for the exotic beauty it offers in flowering, vivid colors and with the appearance of a bird, which also became popular because it is not a delicate species and that is why it is not difficult to take good care.

From South Africa, the Bird from paradise It is a rhizomatous herbaceous plant, with an average height of 1.2 meters. The greyish-green leaves have long petioles that arise from the rhizome arranged distinctively (in alternately facing rows). The blade is oval. They are hermaphroditic, asymmetrical, and the flowers emerge above the foliage at the end of a long stem.

The flower It’s formed by six tepals distributed in two groups, the three external equal and free orange; the three interns, bright blue, uneven. The fruit is a leathery capsule and the seeds have orange arils and an oily body. It is hermaphrodite and it is usually pollinated by birds, which, when resting on the arrow-shaped tepal to collect the nectar, move the anthers that drop the pollen on the legs or chest.

The Bird of Paradise will begin to bloom from the fifth year of life.

Scottish botanist Francis Masson introduced the species in Britain in 1773. Five years later, Sir Joseph Banks gave it the name Strelitzia in honor of Queen Charlotte of Mecklenburg-Strelitz, wife of King George III of England. Reginae comes from the Latin “of the queen”.

How to take good care of the Bird of Paradise

Being a tropical plant, the Strelitzia It requires good lighting to develop properly, so it should not be planted in areas with long shadow exposures or where the sun does not reach.

Also due to its natural environment, it is a plant that does not tolerate frost or harsh winters. Its ideal temperature to be strong and healthy is between 12 and 25 degrees Celsius. Therefore, those who live in areas where the winter it has thermal registers lower than five degrees, it is best to keep them protected from the elements, indoors.

Regarding irrigation, the plant needs a quantity slight but constant humidity, without ever getting waterlogged but without letting your substrate dry out completely. It is recommended to maintain an irrigation every 24 or 48 hours in summer, and every 72 hours in winter.

Without the flowers, the Bird of Paradise also decorates by the size of its leaves.

It is also advised use fertilizers just before the flowering season of the plant, whose process begins in autumn, and apply it every 15 days. On the one hand, a fertilizer rich in nitrogen and potassium will be especially beneficial and, on the other hand, a supply of magnesium will help its leaves to remain bright and bright green.

The Bird from paradise requires an annual transplant that must be performed at the beginning of the spring, until he is five years old. It will be enough to prepare a pot somewhat larger than the previous one, until you reach a definitive container of about 30 centimeters in diameter. In each transplant you have to be delicate in treating the roots and in each change use a substrate of soil, manure and some sand to improve drainage.

After the first five years have passed, the Bird from paradise it should not be transplanted further. In its final place, when the warm months arrive, the top two or three centimeters of the substrate layer must be removed and replaced with a new mixture. Of course, carry out this operation with great care not to damage the upper part of the plant or its roots.

The Bird of Paradise, or Strelitzia reginae, is a plant that suffers from low temperatures outdoors.

You can play the Bird from paradise by the traditional method of growing the seeds, but it is a slow process that will take another five years until it produces its first flowering. Therefore, the most used is the bush division. The best time is in the early spring. As in transplantation, it is important prepare a pot with a substrate rich in organic matter, mixed with compost or organic compost and some sand that provides better drainage. The container should have drainage holes and be kept a few inches above ground level so as not to be in contact with excess moisture.

On plagues and diseases, it is necessary to avoid excessive humidity conditions in the substrate, which can activate fungi such as Phythopthora (vascular type). In turn, in spring and summer it is when sucking insects such as aphids, mites and mealybugs act most. The MitesFor example, they detect humidity, so sprays every so often with soap and water will get rid of them. Both potassium soap and nettle extract are optional foliar applications to treat these insects in an ecological way.

Cristiano is excited with his successors Haaland and Mbappé