Biographies of Taliban Leaders Revealed in US 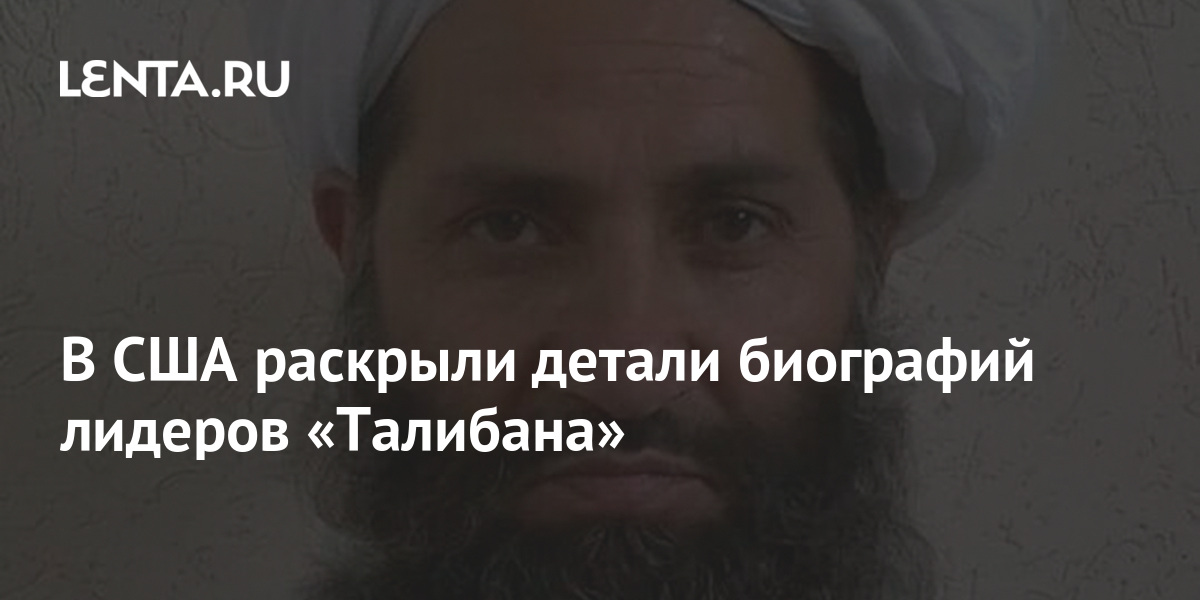 Currently in the radical Taliban movement (banned in Russia), several leaders can be distinguished. Their names, details of biographies and the roles they play in the group, the newspaper revealed. The Washington Post…

The publication lists the names of the four most influential representatives of the Taliban. The first on the list is Haybatullah Akhundzada – according to the newspaper, he is considered the supreme leader of the Taliban. Akhundzada came to power in 2016 after the previous leader of the movement, Akhtar Mohammad Mansour, was killed in a US drone attack in Pakistan. It is known that Akhundzada is a religious figure and taught for a long time in religious schools in Pakistan, where he fled in 2001.

At the same time, writes The Washington Post, Akhundzada does not have much military experience. Basically, he is engaged in strengthening the financial position of the Taliban, including through drug trafficking, as well as working to unite the various factions of the movement and consolidate power. It is clarified that Akhundzada has not appeared in public for many years. At the same time, it is known that this week he is in Kandahar, where he is negotiating the creation of a new Afghan government.

Another Taliban leader, Mullah Abdul Ghani Baradar, deals primarily with political issues and heads the group’s political office. Unlike Akhundzada, he is a public person – in particular, it was Baradar who led the Taliban delegation in negotiations with the United States in Qatar and personally communicated with the then US President Donald Trump. In addition, it was he who made an appeal to the citizens of the country after the Taliban completely captured Afghanistan.

The eldest son of the founder of the Taliban, Mullah Mohammed Omar, Mullah Mohammed Yakub, is a relatively new face in the movement, the newspaper notes. However, he quickly gained fame after the death of his father in 2013. At the moment, Yakub is the head of the Taliban armed forces. According to some experts, Yakub is the most moderate leader of the Taliban. So, it was he who called on the militants to refrain from looting houses left by civilians and not to attack the Afghan military, and also made sure that markets and shops continued to function in the country after the fall of the previous regime.

Another notable representative of the Taliban, warlord Sirajuddin Haqqani, on the other hand, is distinguished by more radical views. It is known that he is currently the head of the so-called “Haqqani Network” – the most radical wing of the Taliban, created by his father Jalaluddin Haqqani and recognized in the United States as a terrorist organization.

According to The Washington Post, the Haqqani Network is responsible for a series of attacks and attacks on the Afghan military and representatives of the international coalition forces. In particular, in 2008, the militants of the group carried out an attack on a hotel in Kabul, which killed six people, including one US citizen. In this regard, Haqqani is wanted by the FBI for questioning.

Earlier in August, The Washington Post predicted the most likely leader of Afghanistan’s future. According to the newspaper, it could be Abdul Ghani Baradar, who returned to the country after almost 20 years of exile.