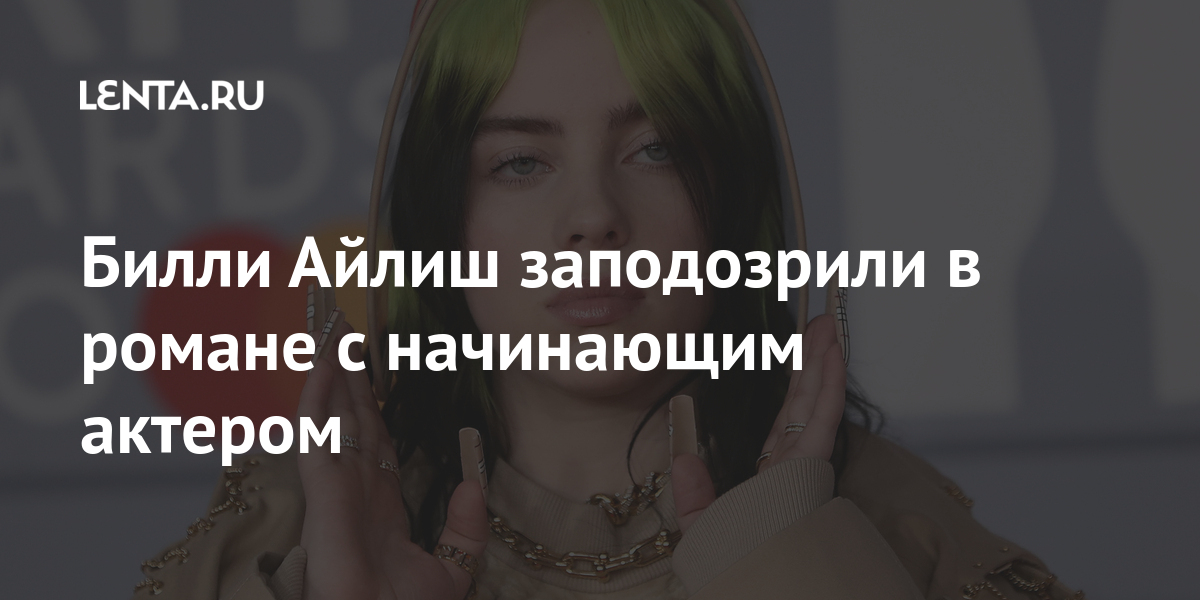 American singer Billie Eilish was suspected of having an affair with aspiring actor Matthew Tyler Worth. This is reported by Page Six.

Over the weekend, the couple were photographed while walking together in Santa Barbara, California. The 19-year-old singer and her companion were walking a pit bull. In one photo, you can see how the artist hugs Eilish, and she puts her head on his shoulder.

It is clarified that when the footage hit the media, the actor closed his Instagram page. The singer herself has not yet commented on the alleged romance.

In March, Eilish won a Grammy Award for Best Song Written for Visual Media for No time to die, which became the soundtrack to the latest film about British intelligence agent James Bond. The singer shared the victory with her brother and musical partner Finneas O’Connell. The nomination also included singers Taylor Swift – for the track to the musical “Cats”, Cynthia Erivo with the song for the film “Harriet”, composers Kristen Anderson-Lopez and Robert Lopez and other musicians.

Infotainment in the Opel Corsa: basic or top

Somalia, the ‘most failed state in Africa’ that lives with war and has 15 thousand child soldiers